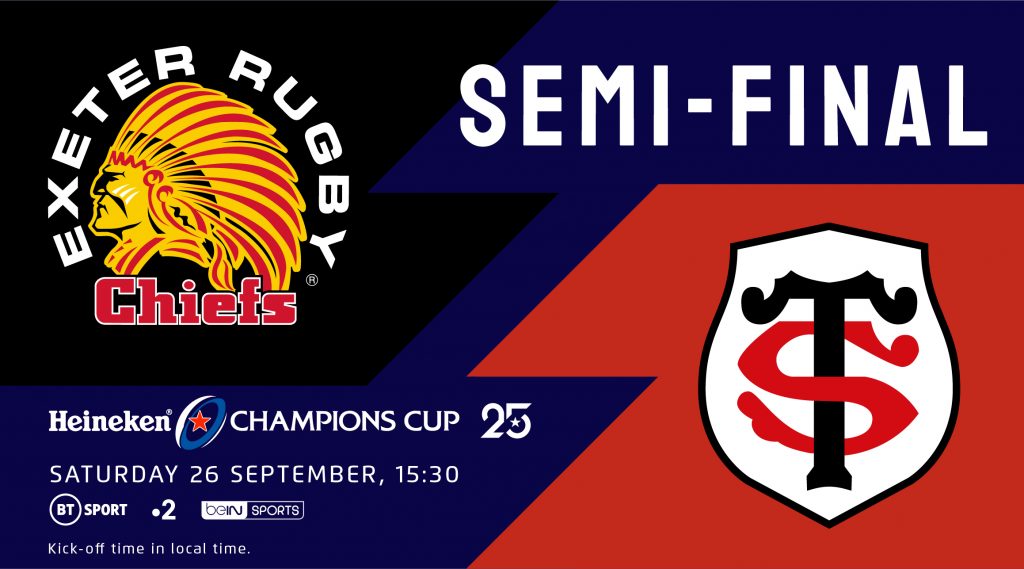 Make sure you watch this weekend's Heineken Champions Cup semi-finals

Toulouse have enjoyed a seven-game winning streak in the competition, but Exeter have won five of their last six games against TOP 14 opposition, including their last three in a row.

The tie will be broadcast on BT Sport, FR 2 and beIN SPORTS.

"For this squad, who are still very young, to reach another semi is really satisfying.” 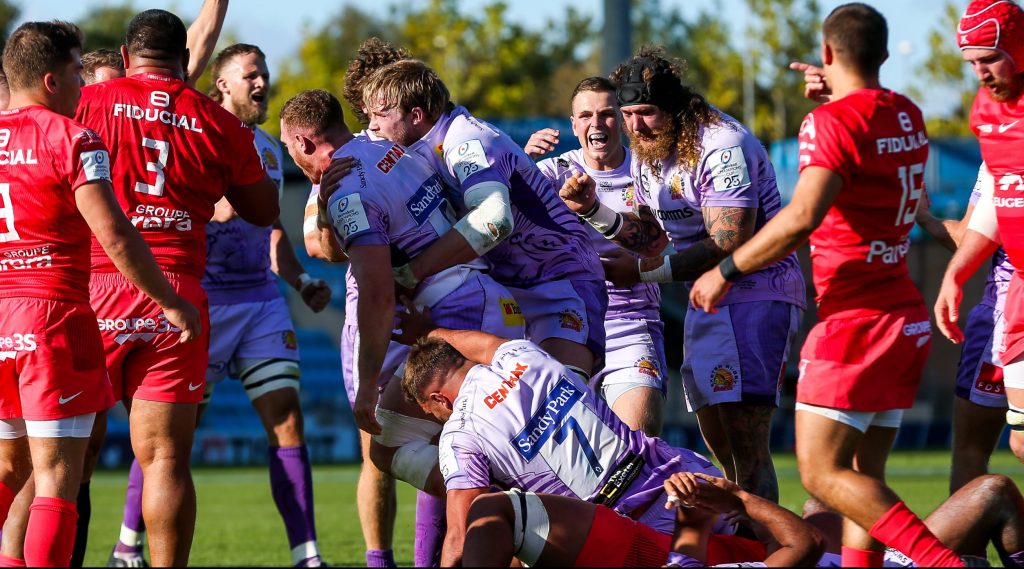 Exeter Chiefs put in a power-packed display to defeat Toulouse 28-18 at Sandy Park on Saturday and reach a first Heineken Champions Cup final in the club’s history.

Toulouse made a bright start and were the only side to trouble the scoresheet for the opening half hour, with Thomas Ramos making the most of Exeter’s misdemeanours at the breakdown and giving the visitors a six point lead.

Exeter would soon respond in typical Chiefs fashion as Tom O’Flaherty picked a gap to take them within two metres of the line.

That allowed a string of powerful forward phases before Harry Williams managed to burrow a way over the line with the ball in hand.

Joe Simmonds! That is special! ⚡️

Sells the dummy and goes over under the posts! 😍@ExeterChiefs are in dreamland! 🙌#HeinekenChampionsCup pic.twitter.com/3HReE7Hztx

Toulouse wing Cheslin Kolbe soon helped them hit back with a breakaway down the right wing, putting Exeter on the back foot. Toulouse took full advantage by spreading play back along to the left wing and into the open space for Alban Placines to sprint down the touchline and dive over in the corner.

Exeter managed a grab a crucial score just before the break to put them back ahead. Although they didn’t strike immediately, Sam Simmonds was soon able to wriggle over the line and dot down in dogged fashion, with the Simmonds conversion putting the English side 14-11 up at the break.

The Chiefs also managed to get the first try of the second period, with Williams grabbing his second and Exeter’s third of the afternoon after a huge amount of powerful phases from the hosts.

Who are you tipping to lift the trophy? 🏆 pic.twitter.com/zW1nHMczDi

They then grabbed a fourth try and secured their spot in next month’s Heineken Champions Cup final as O’Flaherty again made a break through the line and as the ball came back into the centre, Joe Simmonds sold a sumptuous dummy before ringing around the Toulouse defenders and sprinting clear at the posts.

Toulouse would record a consolation try with four minutes to play as Pita Ahki headed for the corner before flipping the ball inside to Matthis Lebel who scored close to the posts.

But it was Exeter Chiefs who secured victory and will face Racing 92 in next month’s Heineken Champions Cup final at Ashton Gate in Bristol.