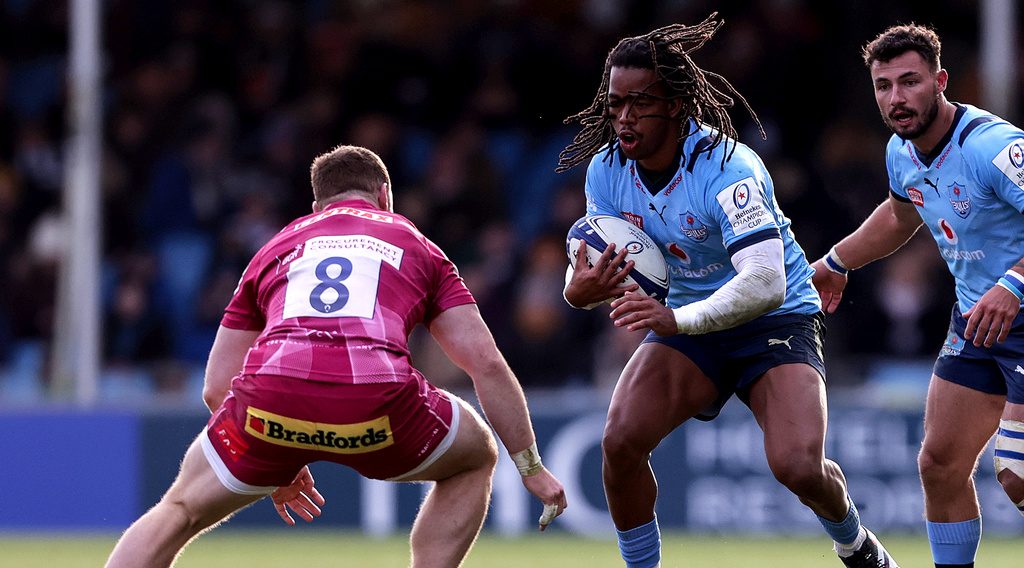 Vodacom Bulls will be hoping for a different outcome when they take on Exeter Chiefs for a second time in this season’s Heineken Champions Cup, this time in Pretoria.

The debuting South African side were handed a resounding 44-14 defeat when they visited Sandy Park in Round 2, but they are set to offer the 2020 champions a more robust challenge in the home comforts of Loftus Versfeld.

Exeter’s victory brought Vodacom Bulls down to earth, after they saw off Lyon 42-36 in their first ever Heineken Champions Cup game, and gave the Gallagher Premiership outfit maximum points for the second time in Pool A, after they triumphed 27-12 at Castres Olympique in Round 1.

Exeter trail pool leaders Leinster Rugby only on points difference, while Vodacom Bulls are seventh, just inside the qualification places.

Ahead of their Round 3 encounter, Vodacom Bulls have won once in three United Rugby Championship games, while Exeter have managed two from three in the Premiership.

The match gets underway at 17:30 (UK & Irish time) and there is coverage from SuperSport, BT Sport, beIN SPORTS and FloRugby.

CANNOT WAIT for that step and pace to hit the #HeinekenChampionsCup 🤩

Who else is pumped to see @BlueBullsRugby's Kurt-Lee Arendse in action? pic.twitter.com/K4j6DQ4P7P

Exeter Chiefs head coach Ali Hepher: “For us, it’s a massive opportunity to push our claims for top seedings later in the tournament. It’s an opportunity for us to really go after things. It will be tough, we know that, but it will be good to put ourselves up against one of the best and see where we are at.” 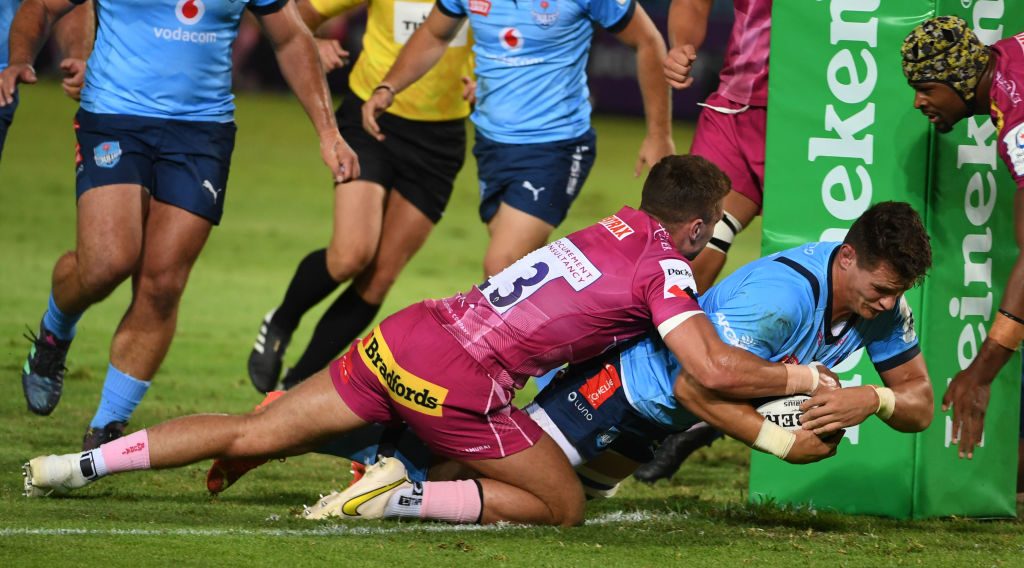 Vodacom Bulls recorded their second win in the Heineken Champions Cup as they powered to a 39-28 victory over 14-man Exeter Chiefs in Pretoria on Saturday.

Exeter got over through Josh Hodge and Solomone Kata before Henry Slade’s red card, but further scores from Jannes Kirsten and Dafydd Jenkins ensured they came away with a losing bonus point.

In an enthralling, physical first half, Vodacom Bulls drew first blood as No.8 Louw hammered his way over with a quarter of an hour played.

Exeter found a response three minutes later as full-back Hodge ran onto a brilliant pass from centre Henry Slade and scythed through the Vodacom Bulls defence to dive over.

Vodacom Bulls were back in front on 22 minutes as fly-half Chris Smith slotted a penalty, and they extended their advantage moments later with a second try, full-back Kurt-Lee Arendse breaking from deep before teeing up wing Kriel.

However, Exeter hit back again, centre Kata the man to dot down after he joined a rumbling lineout maul, fly-half Joe Simmonds’ second conversion of the game moving the visitors to within a point.

But Vodacom Bulls would go into the break 20-14 up as their forwards proved unstoppable from close range again, lock Vermaak powering his way through the Exeter rearguard and over.

And the hosts secured the bonus point early in the second half as a magnificent piece of skill from centre Simelane saw him dissect the Exeter defence and dot down.

Hooker Grobbelaar then trundled over amid a powerful maul as Vodacom Bulls wrestled further control, with Exeter’s hopes of a turnaround then taking a huge hit as centre Slade was dismissed for a high tackle on Arendse.

Exeter stuck to their task, though, and after a spell of pressure on the Vodacom Bulls line, replacement lock Kirsten picked his way over for their third try.

There would be no miracle turnaround for Chiefs, though, with Simelane’s second score on 70 minutes sealing Vodacom Bulls’ win as he intercepted and ran in from halfway.

But there was time for the 2020 champions to clinch a commendable bonus-point score as lock Jenkins forced his way over in the last play of the game.

In the final round of pool stage games, Vodacom Bul