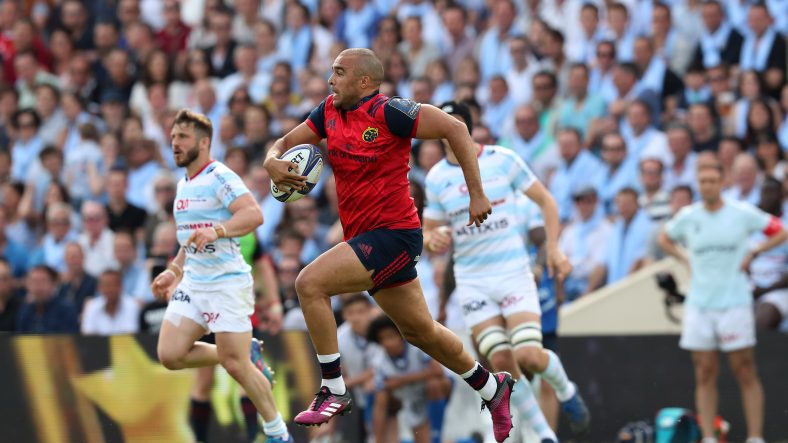 2018 finalists Racing 92 can take a huge step towards the Heineken Champions Cup last eight with a victory over Ulster Rugby at Kingspan Stadium on Saturday afternoon. The match is live on BT Sport and beIN SPORTS from 15:15 GMT.

🗣Ulster skipper @RoryBest2 is looking forward to another massive challenge this Saturday. 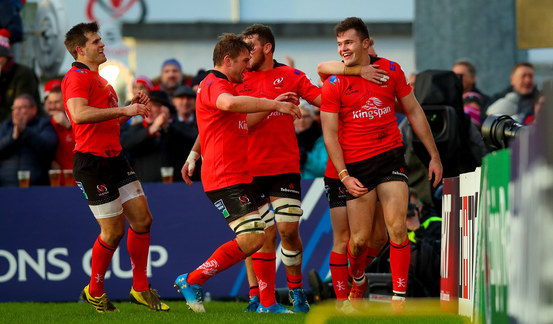 Jacob Stockdale celebrates his first try of the match

Ulster Rugby enhanced their Heineken Champions Cup quarter-final prospects after a 26-22 Pool 4 victory over Racing 92 at Kingspan Stadium on Saturday.

It was a tremendous start for the home side who won the early penalty kick inside the Racing half, allowing Billy Burns to give Ulster a 3-0 lead.

Robert Baloucoune on his European debut then scored Ulster’s first try of the match, showing great hands and awareness to speed away towards the corner.

The Irish province extended their lead on 13 minutes with a splendid passing move and it eventually found that man Jacob Stockdale who cruised past the final Racing defender and dived over the line.

Racing 92 did hit back immediately through Virimi Vakatawa, breaking three tackles as he battled over the try line but Finn Russell missed the conversion.

One of the most ruthless finishers in world rugby 👊 pic.twitter.com/5M51LbmjkS

Minutes later, Ulster had a kickable penalty and Will Addison this time slotted over for three points.

Simon Zebo was the next man to dive over as he managed to weave past Addison and dot the ball down as he was approaching the touchline, staying in play with some superb agility.

A sensational score from Jacob Stockdale opened up the second half as he stepped out of the tackle, clipped a delightful ball over two Racing defenders, beating them both in the chase and dived over the try line.

Jacob Stockdale HAD NO RIGHT to score from there! 😮

On a different level 🙌

His 2nd of the game, his 6th in the tournament which makes him the top scorer. pic.twitter.com/AUjjkdNiir

Racing were not done yet though and scored two quick-fire tries through Brice Dulin and replacement Oliver Klemenczak, but only one of the conversions could be made so Ulster remained one point ahead.

The French side thought they had the go-ahead try with two minutes to play but the final pass went forward, allowing Ulster to see out the final minutes and secure the victory with a successful Addison penalty kick.

Racing 92 can clinch Pool 4 and a spot in the quarter-finals with a win over Scarlets in Round 6, while Ulster will take on Leicester Tigers at Welford Road.