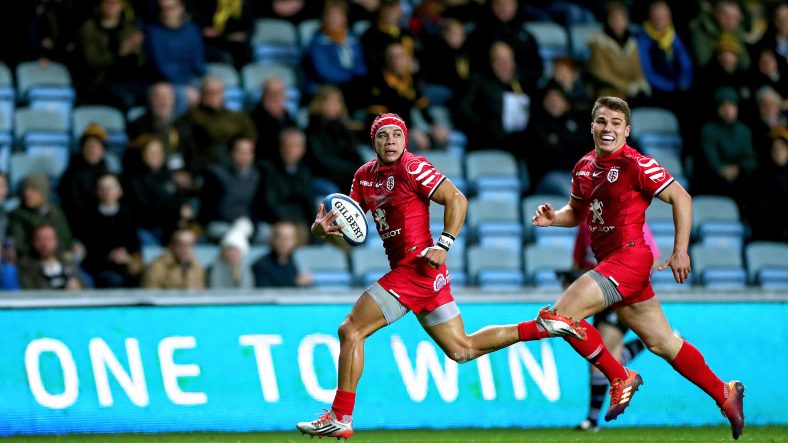 Cheslin Kolbe breaks free to score for Toulouse against Wasps

Four-time winners Toulouse will be looking for a five-point haul against Bath on Sunday in order to clinch a Heineken Champions Cup quarter-final spot. Action from the Stade Ernest Wallon gets under way at 15:15 GMT, live on beIN SPORTS and BT Sport. 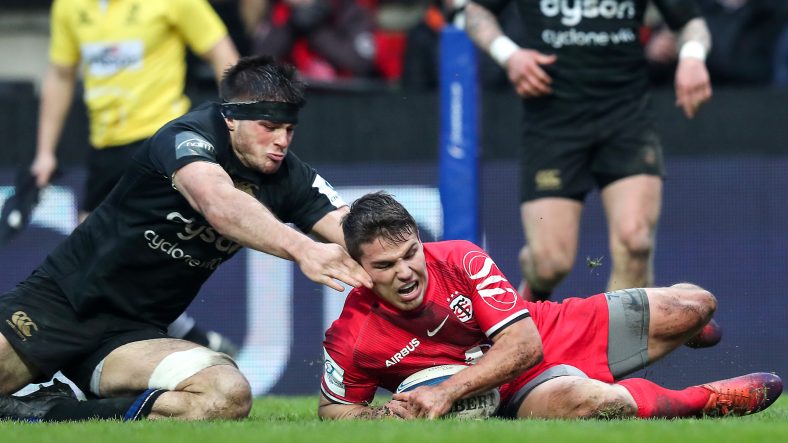 Toulouse will play domestic rivals Racing 92 in the quarter-finals after edging past Bath Rugby in a hard-fought encounter, defeating the English side 20-17 at the Stade Ernest-Wallon.

The four-time European champions qualify second from Pool 1 – behind Leinster Rugby – on 21 points and will head to the French capital at the end of March in an all-French battle.

The hosts got off to a strong start with Samoan lock Joe Tekori the benefactor of a well-worked maul in open play to power over the try line. Australian Zach Holmes made the conversion to put the French side 7-0 up.

Fly-halves Rhys Priestland and Holmes both traded penalties before the hosts added their second try through Heineken Man of the Match Antoine Dupont. The scrum-half took advantage of a loose ball near Bath’s try line to cross over for an opportunistic try. Holmes added the extras to extend Toulouse’s advantage to 14 points.

Antoine Dupont with what must be the cheekiest finish of the weekend as Toulouse increase their lead vs Bath. pic.twitter.com/09UiltmWu2

The visitors rallied late on to provide a scare for Toulouse supporters inside a sold-out Stade Ernest-Wallon, with England internationals Semesa Rokoduguni and Zach Mercer scoring converted tries either side of a Thomas Ramos penalty. Both their efforts were converted by Priestland.

But Toulouse managed to hang on for the win and reach the last eight of the Heineken Champions Cup.