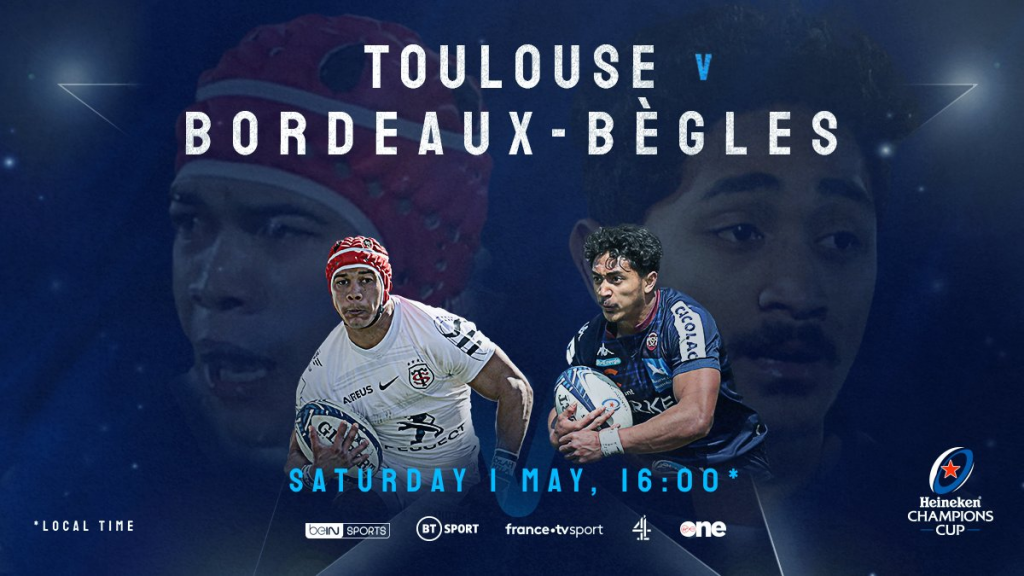 Four-time European Cup winners Toulouse will be looking to use their greater experience of the big occasion to end Bordeaux-Bègles’ five-match Heineken Champions Cup winning run in their first semi-final on Saturday.

The game at Stade Ernest Wallon – the clubs’ first meeting in European competition – will be Toulouse’s 13th appearance in the last four of Europe’s prestigious club competition.

The tie will be televised live on BT Sport, beIN SPORTS, FR2, Virgin Media and C4 from 15:00 UK and Irish time.

The sides have never met in European competition

Who are you backing for the W? 🤔

Ugo Mola (Toulouse): “We’ve learnt from the two semi-finals we lost the last two seasons. I hope that this match against UBB will allow us to turn the corner. To play in a European Cup final is really something. We know the effort we need to supply to get there.”

Christophe Urios (Bordeaux-Bègles): “We are obviously very happy to be in the semi-finals of this competition and it’s a huge meeting, but we won’t be putting on any pressure. We go there to surprise them and try to compete against the best in France and in Europe.” 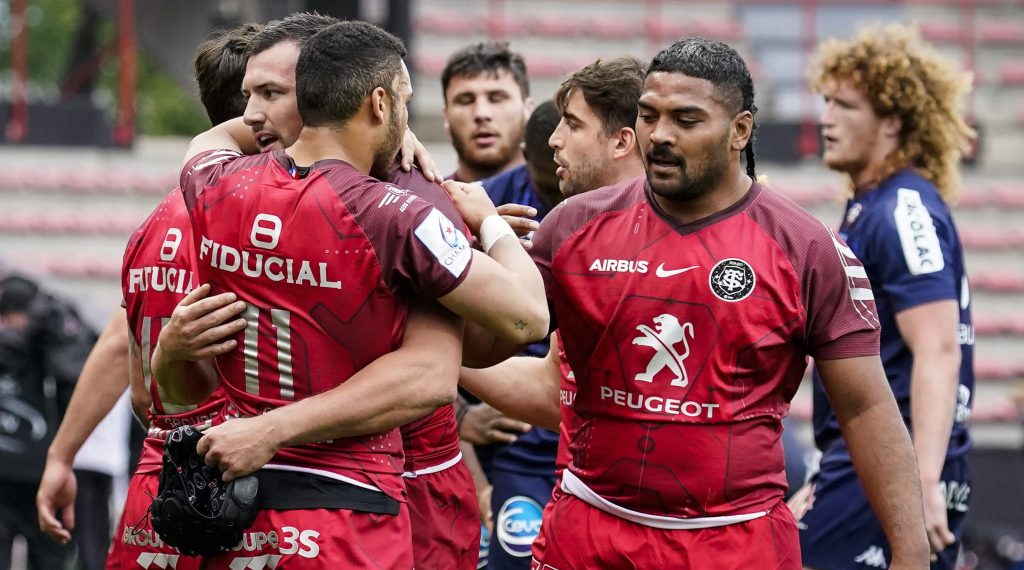 Toulouse’s Matthis Lebel celebrates after the game with Peato Mauvaka

Toulouse will go in search of a record-breaking fifth European title later this month after they defeated Bordeaux-Begles 21-9 in their Heineken Champions Cup semi-final clash on Saturday afternoon at Stade Ernest-Wallon.

The four-time European champions scored tries either side of half-time courtesy of Matthis Lebel and Antoine Dupont as the visitors struggled to create attacking opportunities throughout.

They did however take the early lead, as Matthieu Jalibert pointed to the posts after an early Toulouse infringement and made no mistake in the greasy conditions.

That lead lasted just three minutes though as Toulouse crossed the whitewash for the first time.

It came through Romain Ntamack who launched a ball wide to Maxime Medard. He flicked the ball across to Lebel and he beat one and then two tackles before diving over in the corner.

Bordeaux were clinical when they did get into position though and regained the lead with Jalibert nudging the visitors ahead from close range when Toulouse strayed offside.

Toulouse got back in front just before the break as the pressure finally paid off for the hosts and Ntamack slotted over a three-pointer, although they had a chance to extend the lead but Cheslin Kolbe’s testing kick was caught by the visitors.

Two Ntamack penalties put the hosts eight points ahead but that gap was soon shortened when Jalibert responded with a three-pointer of his own.

As Bordeaux moved back into contention, Toulouse firmly shut the door on their opponents and secured a final berth.

They finally got the offload game going through Medard, and one offload later the diminuitive scrum-half Dupont managed to grab possession and sprint clear for the match-winning try, converted by Ntamack.