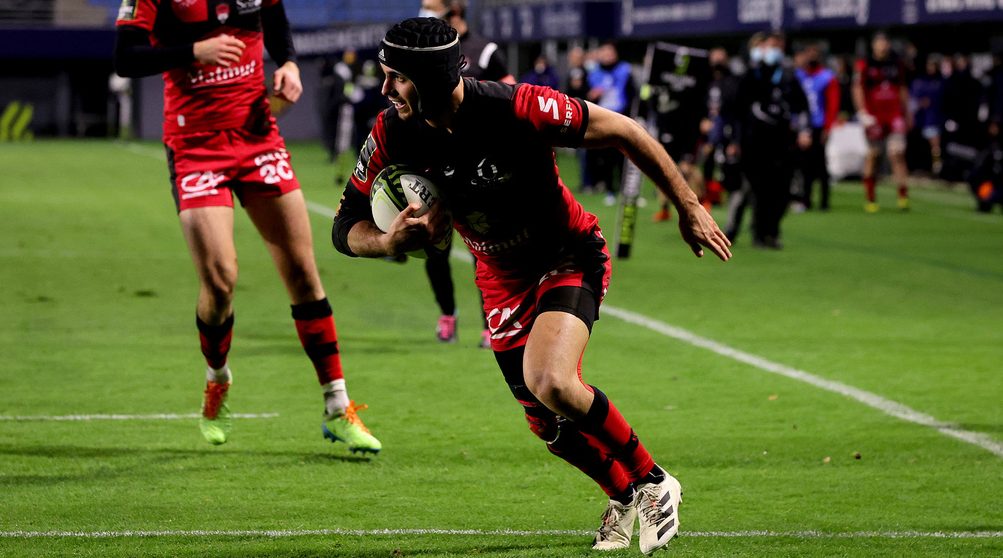 Lyon will need to overcome RC Toulon for the first time in the EPCR Challenge Cup if they are to triumph in Friday’s final at Stade Vélodrome.

Lyon, who have reached a European final for the first time this season, have been beaten by Toulon each time they have met in the Challenge Cup, by an average margin of 13 points.

In what is the seventh Challenge Cup final contested by two French sides, Lyon will take confidence from their form in this season’s competition – they have scored an average of 30 points per match and have only conceded over 18 points in just one of their last five.

Toulon, meanwhile, are aiming to become just the fifth side to win both the Heineken Champions Cup and the EPCR Challenge Cup after Bath Rugby, Northampton Saints, Leinster Rugby and Wasps.

The game in Marseille kicks off at 20:00 (UK & Irish time) and will be available to watch on BT Sport, beIN SPORTS, France 4 and Sky Italia.

Joel Kpoku (Lyon lock): “We’re not focusing on the history – it’s more about taking each game as it comes. We haven’t won anything yet. Thankfully, we’ve secured that spot in the final, but there’s still a journey to get that cup.”

Charles Ollivon (RC Toulon flanker): “For several weeks, everyone has been involved, assuming their responsibilities, and pulling the group up. We have had his competition in the viewfinder, but we have not won anything yet.” 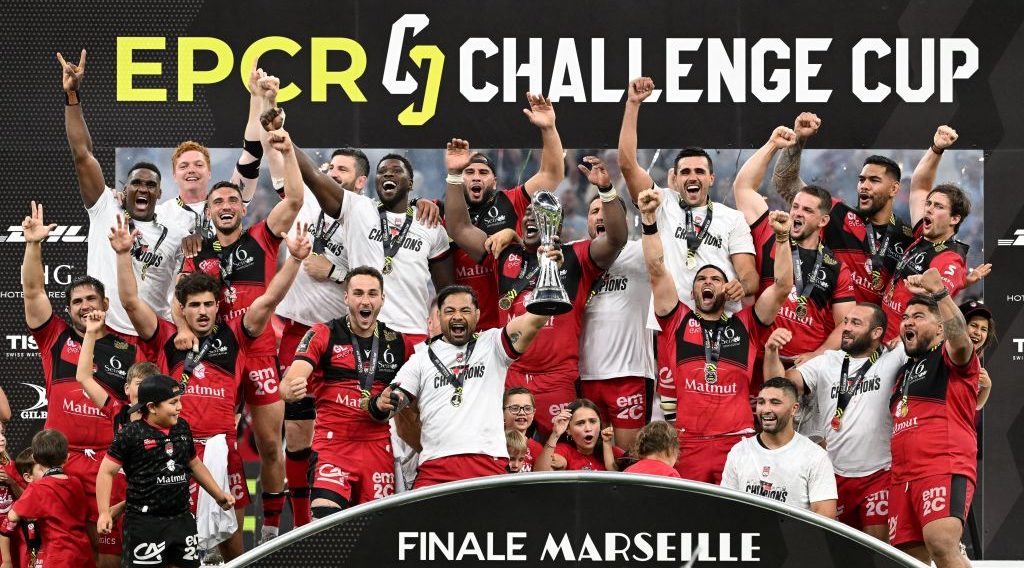 Lyon secured a maiden European trophy as a sensational performance saw them defeat RC Toulon 30-12 in the EPCR Challenge Cup final at Stade Vélodrome on Friday,

In front of a boisterous crowd of 51,431 – a Challenge Cup record – Lyon outclassed their TOP 14 rivals and handed them a fourth defeat in the final of the competition.

Scores from Baptiste Couilloud and Pierre-Louis Barassi, in addition to a penalty try and 10 points from the boot of Leo Berdeu, saw Lyon reign supreme in Marseille.

Toulon were in contention at the break thanks to Baptiste Serin’s try, but they were outclassed in the second half, and the game was up by the time Cheslin Kolbe dotted down late on.

Lyon almost got on the board inside two minutes as scrum-half Couilloud gathered a loose ball following a chip over the top, streaking clear to dive over.

However, after a TMO review the score was ruled out – No.8 Jordan Taufua knocked the ball forward when attempting to catch on the run.

A mistake Davit Niniashvili would want to QUICKLY put behind him! 😱

The Lyon winger has a try ruled out on the stroke of half-time as his foot scrapes the line in the try zone.#ChallengeCupRugby pic.twitter.com/kog2kNdzCe

But the same duo would combine for Lyon’s opening score on 7 minutes, Taufua intercepting on the Toulon 22m before popping the ball up for Couilloud to cross after he was hauled down just short of the line.

Toulon were level nine minutes later as scrum-half Serin kick-started a move with a clever break on halfway, before diving over from close range a few phases later.

Lyon regained the lead moments after, though, through a penalty from fly-half Leo Berdeu, and Toulon counterpart Carbonel was unable to hit the target from the tee shortly after.

Wing Gabin Villière was forced off with an injury on half an hour as Toulon struggled to find their rhythm, though his replacement Jiuta Wainiqolo went close seconds after coming on, Lyon full-back Toby Arnold defying him with a superb tackle in the corner.

Lyon ended the first half on top but failed to register as any points as Berdeu sliced a penalty wide before wing Davit Niniashvili saw a try chalked off by the TMO.

The teenager looked to have finished off behind the posts after Couilloud took a penalty quickly and darted into the Toulon 22m, but he slipped a foot onto the dead ball line despite being under no pressure.

That is a beautiful move! 😍

Lyon are edging closer to an historic night! 🏆 pic.twitter.com/aBRRXMNz7j

However, Lyon started the second half in the same fashion and earned a penalty try as Toulon full-back Aymeric Luc stuck out a hand to slap the ball away and deny Niniashvili with the line in sight.

Luc was sent to the sin bin and Lyon capitalised on their extra man, Berdeu finding room out wide before sending a grubber through for centre Barassi to gather and dive over.

Berdeu’s conversion moved his side 17 points clear, and after a huge defensive set saw Lyon survive a period of Toulon pressure, he added his second penalty of the evening on 59 minutes.

Toulon were handed a lifeline when Berdeu was sin-binned for an offence metres from his own line three minutes later, but Lyon’s rearguard proved impenetrable.

And when more breath-taking running rugby earned Lyon a penalty in front of the posts down the other end with 10 minutes to play, centre Charlie Ngatai stepped in for Berdeu to further their advantage from the tee.

As Berdeu returned, Ngatai was shown also yellow, and wing Kolbe then darted over in the corner for Toulon.

But Lyon had already done enough to secure the title, seeing out the final few moments to send their supporters into delirium.