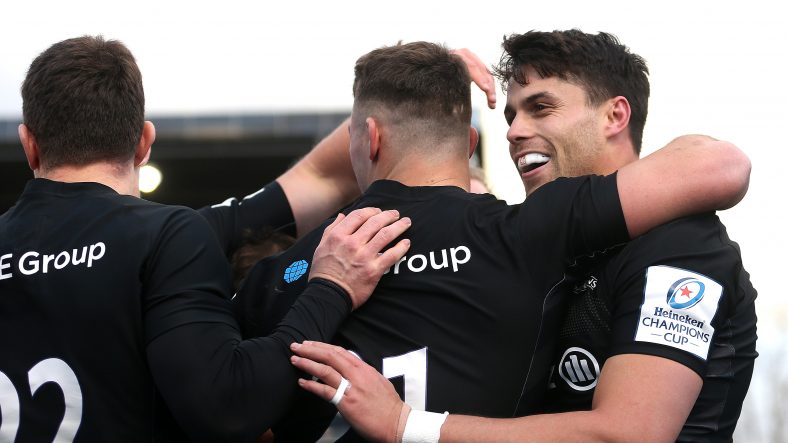 Two-time Champions Cup winners Saracens will take a giant step towards the last eight if they can defeat Lyon on Sunday at Matmut Stadium de Gerland. The match gets underway at 15:15 GMT and is live on BT Sport and beIN SPORTS.

🗣️"We set ourselves high standards and we are not quite there this season and there is still more to come."@SanjayWills on Saracens, Wales and his English teammates' 'terrible banter'! ⚫🔴 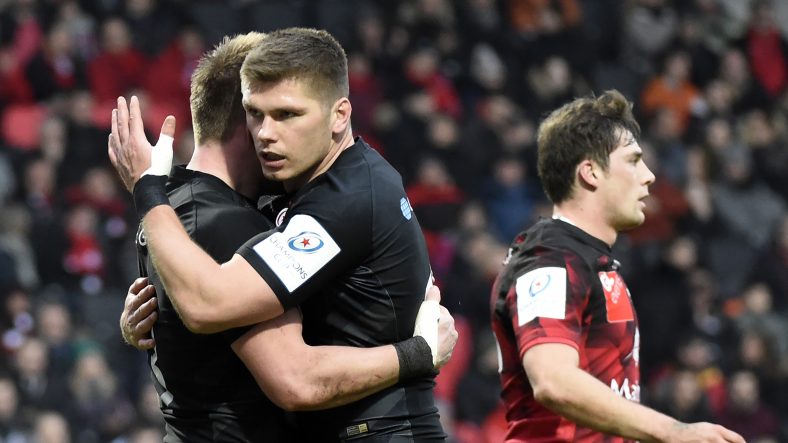 Saracens guaranteed a spot in the quarter-finals after comfortably dispatching Lyon 28-10 to remain the only side in the Heineken Champions Cup with an unbeaten record this season.

Jonathan Wisniewski’s early drop goal gave Lyon the lead but it was the two-time champions, Saracens, that looked the better side in the opening half.

Silky hands from Man-of-the-Match Mako Vunipola put Nick Tompkins through for Saracens’ first points and with Owen Farrell’s conversion, the English side went 7-0 ahead.

Further good work from prop forward Vunipola set up Jackson Wray for the visitors’ second try and Owen Farrell continued his flawless form from the tee to add the extra two points.

English centre Tompkins claimed his second try after the break, using terrific strength to power over the whitewash and give Saracens a comfortable lead. Farrell made his conversion to stretch the score to 21-3.

After Maro Itoje and Albertus Buckle were sent to the bin for foul play in separate incidents, Saracens secured a try-scoring bonus point following some excellent work from Alex Goode.

Fancy footwork from the full-back and Ben Spencer is in to wrap things up for @Saracens!

The full-back broke clear and set up replacement scrum-half Ben Spencer to dot down under the sticks. Owen Farrell’s conversion confirmed his 100% record from the tee.

Lyon did score a consolation try late on through Alexis Palisson, who converted his own effort, but Saracens ran out deserved winners at the Stade de Gerland, triumphing 28-10.

Saracens director of rugby Mark McCall spoke to BT Sport at full-time: “We’re thrilled to get three great away victories in the competition and today was tough place to go. They were going to fight for everything and we had to work hard for the four tries

“It felt like old Saracens. We dominated field position, put them in a position they didn’t want to be in and we defended really well.

“It was important [to get the win] for this competition and with 23 points we still have not won the group.

“We look forward to a big game against Glasgow next week.”

They remain patient and we see those silky hands from Mako Vunipola, who leaves it as late as possible to put through Nick Tompkins for the games’ first try. Owen Farrell is successful from the tee for the extra two points.

Quick ball provides a great platform for go-forward ball and a terrific run from Wray, who big-game prowess was highlighted by Mark McCall before the game, gives Saracens a 11-point lead with Farrell’s successful conversion.

Nick Tompkins releases his inner Hulk to carry three Lyon defenders – all big forwards – over the line with him to score his second try. That is spectacular strength from the centre. Owen Farrell adds the extra points.