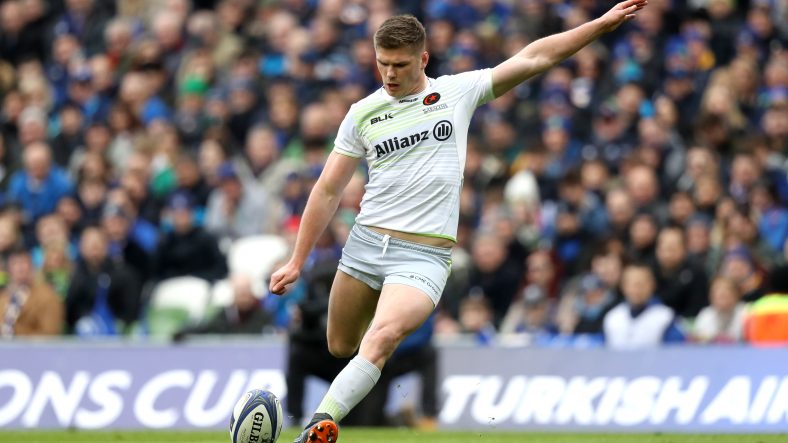 Owen Farrell in action for Saracens against Leinster Rugby

Glasgow Warriors will look to end a run of three matches without victory against two-time Champions Cup winners Saracens when they meet on Sunday afternoon at Scotstoun Stadium, live on BT Sport and beIN SPORTS from 15:15 BST.

Saracens grind out away win in Glasgow 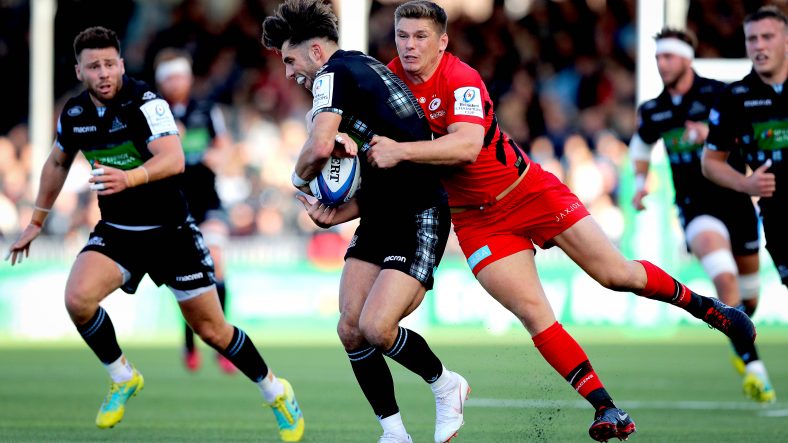 The Scottish side dominated the first 10 minutes at Scotstoun but found themselves behind when a Saracens line-out on halfway gave them a platform to make ground and they created the overlap on the left wing, finding Mike Rhodes who sauntered over the try line. Former EPCR European Player of the Year, Owen Farrell, made no mistake with the conversion.

Glasgow Warriors were punished minutes later for straying offside and that allowed Farrell to step up and pop the ball through the posts, stunning the vociferous home crowd.

Saracens were then the team caught offside, giving Adam Hastings the chance to reduce the Glasgow deficit and he made no mistake from in front of the sticks.

That was a BATTLE!

Sarries leave Glasgow with a win, just three points conceded, and a lot of bumps and bruises! pic.twitter.com/9kCAh2bM9N

The Scottish side were penned in their own 22 when they won a scrum before the interval but the call was overturned after foul play from Fraser Brown. That gave Farrell the simple task of slotting between the posts to make it 13-3 at half time.

The Scottish region had several chances in the second half to put points on the board but opted for the corner on each occasion as they failed to puncture the excellent Saracens line, meaning the second half finished scoreless.

Saracens host Lyon in Round 2 while Glasgow Warriors will travel to face Cardiff Blues.