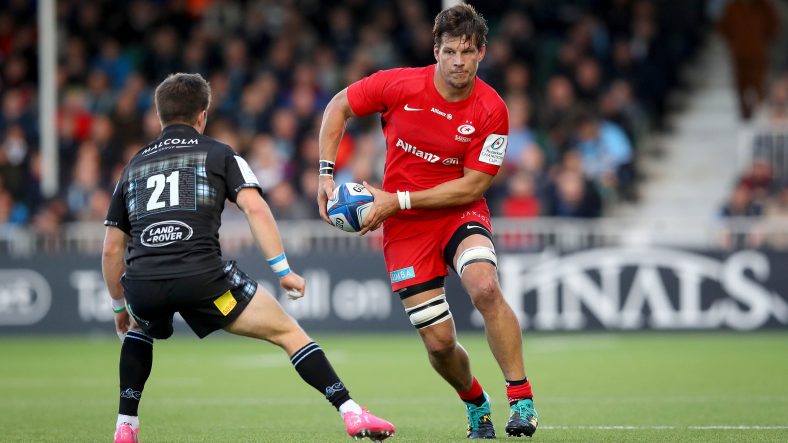 Two-time Champions Cup winners Saracens will take on Lyon for the first time in the Heineken Champions Cup on Saturday at Allianz Park, live on BT Sport and beIN SPORTS from 17:30 BST. 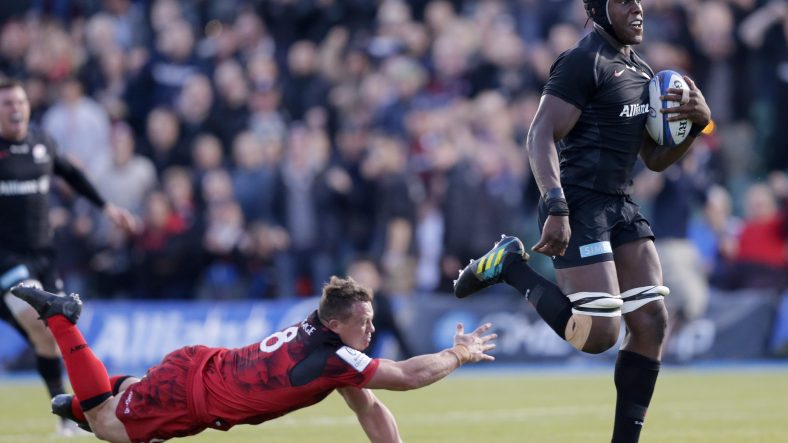 BARNET, ENGLAND - OCTOBER 20: Maro Itoje of Saracens avoids Deon Fourie of Lyon and runs in to score his sides first try during the Champions Cup match between Saracens and Lyon Olympique Universitaire at Allianz Park on October 20, 2018 in Barnet, United Kingdom. (Photo by Henry Browne/Getty Images)

Two-time champions Saracens comfortably beat Lyon 29-10 at Allianz Park to put themselves in the driving seat of Pool 3 in the Heineken Champions Cup.

Fly-half Owen Farrell kicked over an early penalty for Saracens, followed by England international Maro Itoje scoring a superb solo try to put Saracens 10-0 up after another successful Farrell kick.

An error from the Lyon scrum-half, Jean-Marc Doussain, gifted a chance to Sean Maitland, who collected the loose ball and dotted it down with Farrell adding the extras.

Lionel Beauxis did slot over a penalty to get Lyon on the scoreboard but the London side went into the break 17-3 ahead.

Brad Barritt, who was named Heineken Man of the Match, latched onto the back off a driving maul and pilled over to extend Saracens’ lead.

Lyon gave the English champions a scare late on after Doussain’s quick touch-and-go put Virgille Lacombe under the sticks, which Beauxis converted.

But Alex Lewington secured the all-important try-scoring bonus point for Saracens with minutes remaining, following an excellent move which the wing finished in the corner.

Saracens will host Cardiff Blues in the next round, while Lyon welcome Glasgow Warriors.