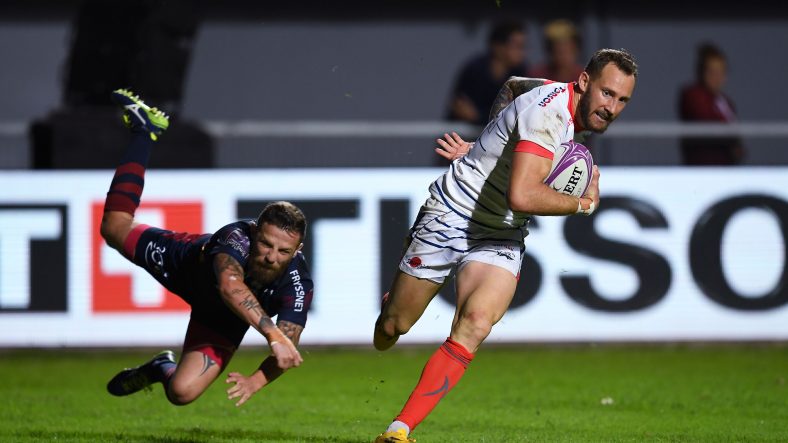 Byron McGuigan of Sale Sharks scores a second half try as he is tackled by David Mele of Perpignan during the Challenge Cup match between Perpignan and Sale Sharks in Round 1.

Sale Sharks will be guaranteed of a Challenge Cup quarter-final spot if they claim a bonus-point victory over Perpignan on Saturday. The match gets under way at 15:00 GMT at the AJ Bell Stadium.

Everything you need to know about #GAMEDAY is below 👇 #SharksFamily @UKFast pic.twitter.com/sg4ag6KDpT 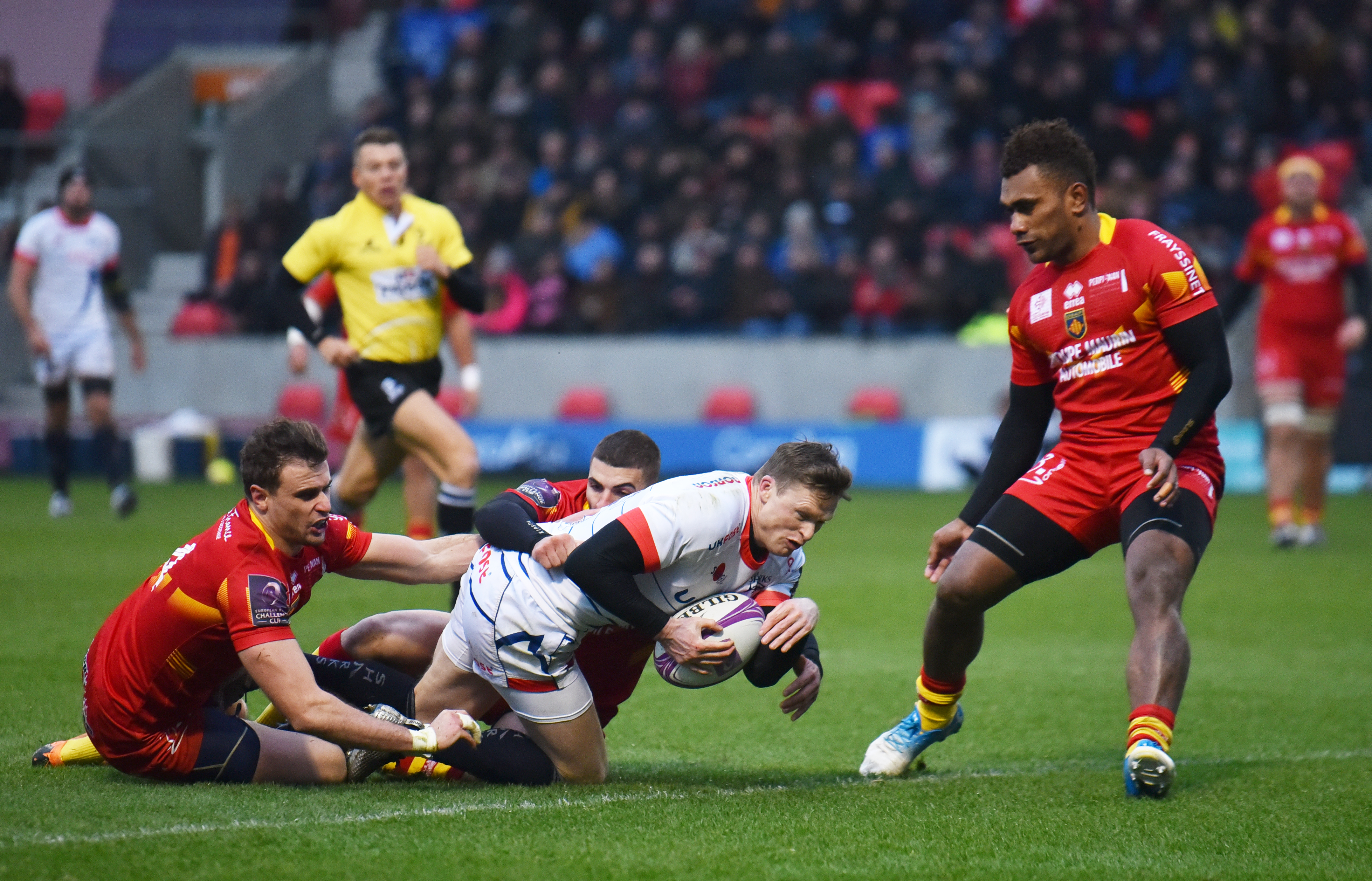 Sale booked a home quarter-final in the European Rugby Challenge Cup as they overcame a slow start to romp to a 39-10 success over winless Perpignan.

The French side rocked the Pool 3 leaders when winger Jean-Bernard Pujol scored wide out to prompt the Sharks into action.

By half-time the home side were 15-5 ahead courtesy of a fine chip ahead by Kieran Wilkinson which Chris Ashton collected to score under the posts.

Fellow winger Aaron Reed also went over to add to a conversion and a penalty from scrum-half Faf de Klerk.

15' Sale scrummage well and De Klerk gets quick ball to Reed using Ashton as a decoy. The young winger does brilliantly well to score after beating his opposite man in a one on one #SALvPER [12-5] pic.twitter.com/rHbg9WWUA6

Sale underlined their superiority after the interval as first South African Jono Ross finished off some neat approach work to cross under the posts.

Perpignan kept battling away but had no answer as the Sharks finished well on top to add further touchdowns from fly-half Wilkinson and replacement Tom Bristow who ripped possession from his opposite number to crash over.

De Klerk was also on target with a further two conversion and Will Cliff added a penalty and a conversion to keep the scoreboard ticking in Sale’s favour.