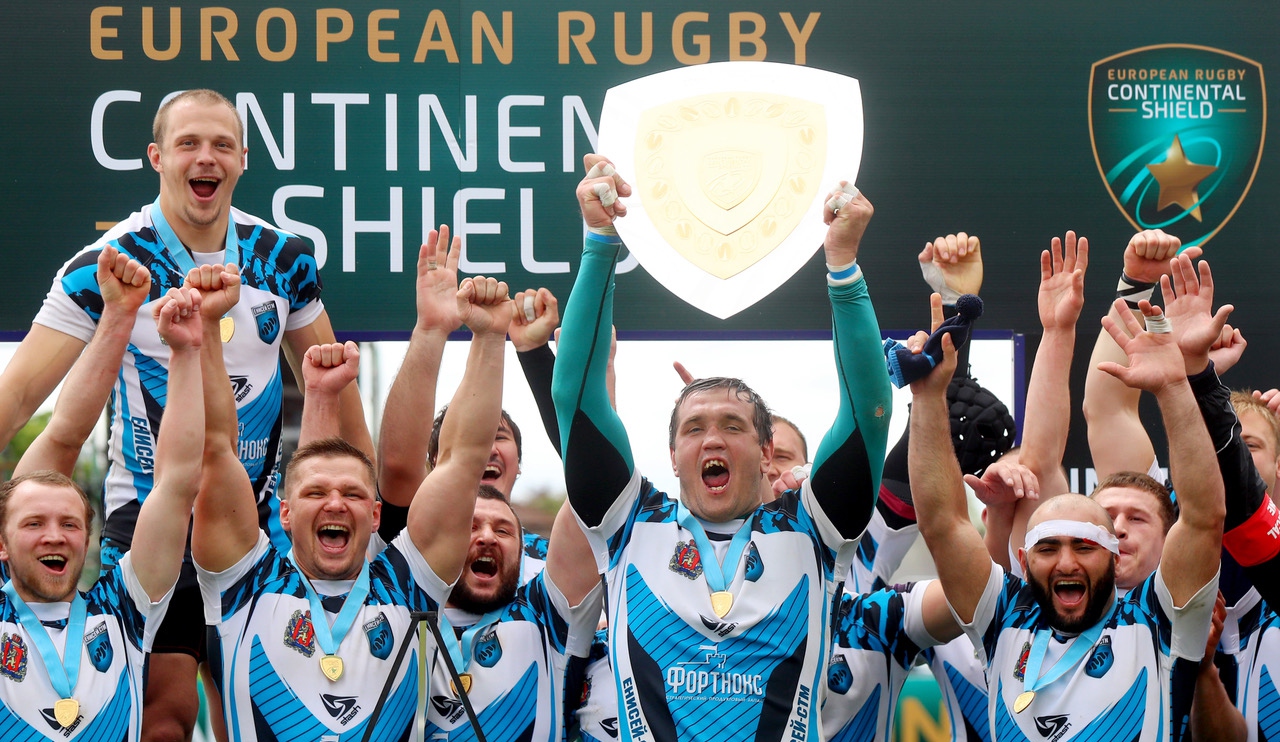 Enisei-STM claimed European Rugby Continental Shield final glory and sealed their place in the 2017-18 European Rugby Challenge Cup with a 36-8 victory over Krasny Yar in Edinburgh. - 13/05/2017 14:36

Enisei-STM claimed European Rugby Continental Shield final glory and sealed their place in the 2017-18 European Rugby Challenge Cup with a 36-8 victory over Krasny Yar in Edinburgh.

The Russian derby in the grounds of BT Murrayfield was watched by a hardy crowd who braved wet weather in the Scottish capital and watched Iurii Kushnarev guide Enisei to a gutsy win. Fly-half Kushnarev ended the game with 18 points, his impressive kicking and running game bringing the best out of his team-mates.

Anton Rudoi’s two tries and one from Maxim Gargalic put Enisei in control, Kushnarev converting all three and also adding four penalties. Krasny Yar never went away, Evgenii Kolomiitcev scoring their only try, but it was Enisei who were deserved winners. Krasny Yar’s consolation is that they too will participate in next season’s Challenge Cup.

An entertaining first quarter started with Enisei moving ahead. After the TMO adjudged the team in blue and white to be held up over the line, the resulting scrum saw No 8 Rudoi power over close to the sticks. Kushnarev converted for a 7-0 lead.

Enisei played in this season’s European Rugby Challenge Cup and went into this play-off clash as favourites against their city rivals.

But they didn’t have it all their own way in the first half with Krasny Yar’s giant backs a constant threat.
A penalty from centre Lasha Malaguradze got them back into it, before Kolomiitcev finished off a team move by getting to a loose ball to score in the corner.

The conversion from Malaguradze went wide, but the score then saw the game open up. Both teams had intent to run with ball in hand, but the drizzle in the Scottish capital meant errors were inevitable.
Enisei were the ones to make the most of Krasny Yar’s mistakes.

The impressive Kushnarev was the beneficiary, kicking three more penalties before the break to put his team into a comfortable 16-8 half-time lead.

Malaguradze had missed with a Krasny Yar penalty effort with the last kick of the first period, and the second began with a heavy downpour.

Needing a quick response, the last thing Krasny Yar needed was a yellow card, but that was exactly what they got. Fly-half Apikotoa Fangatapu was the man forced to spend 10 minutes in the sin bin for foul play, Kushnarev kicking the first points of the second half from the resulting penalty.

The game’s stand-out performer then missed with his first kick of the day, but minutes later lock Gargalic sneaked over from close to a ruck to score Enisei’s second try. Kushnarev added the extras.

The converted try saw Krasny Yar ring the changes in an attempt to find a response. Giant forward Lasha Lomidze was one of the men introduced, but the replacements had little impact.

It left Enissei to put the gloss on their victory, full-back Ramil Gaisin slotting a simple drop goal and Rudoi adding his second try from close range. It was fitting that the final score went to Kushnarev who slotted the touchline conversion of Rudoi’s effort.