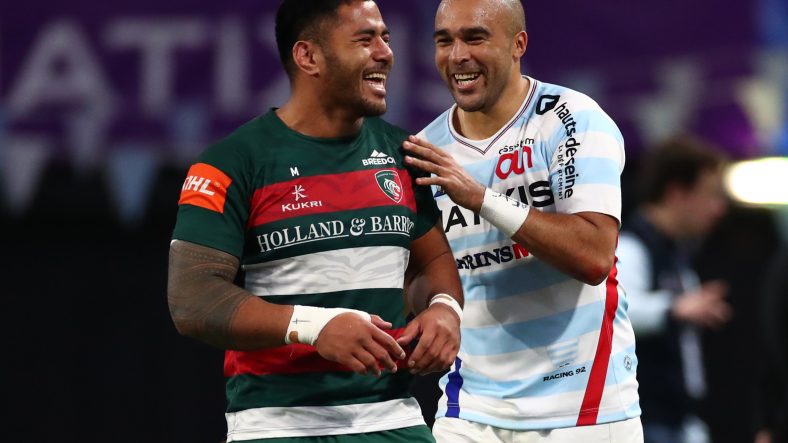 Leicester Tigers' Manu Tuilagi and Simon Zebo of Racing 92 joke after the game.

Racing 92 travel to Welford Road to face Leicester Tigers as they aim to maintain their 100 per cent record in this season’s Heineken Champions Cup, live on BT Sport this Sunday at 13:00 (GMT). 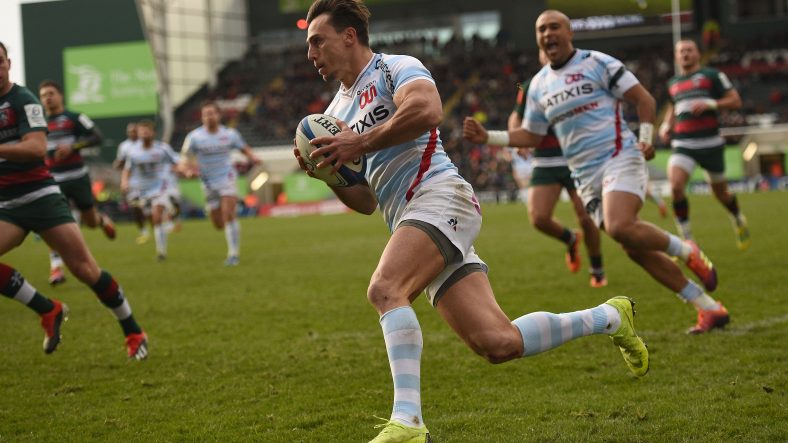 First-half tries from Teddy Iribaren, Juan Imhoff and Virimi Vakatawa enabled the visitors to open up a 24-11 interval lead, with Imhoff’s second try at the death securing a try-scoring bonus point for the French club, who conceded only one Tigers try from George Worth before the break.

George Ford gave the English team an early lead, but it was all Racing 92 from then on, with scrum-half Iribaren crossing for a try after strong work from Racing’s forwards, which Finn Russell converted.

Wing Imhoff then continued his terrific run in European rugby by getting on the end of Simon Zebo’s line break to dot down for the French club’s second try, which was also improved by Russell.

Ford and Russell traded penalties, before Vakatawa capped a comprehensive first-half display for the Parisians by finishing an attack started by Russell inside his own half. The Scottish fly-half added the extras.

Worth then cut the deficit with a try on 32 minutes, but Russell, who was at his creative best once again, kicked an early penalty in the second half.

Racing notched their fourth – and most crucial – try in the game’s last play via Imhoff and Russell converted to retain his 100% record from the tee with 14 points.

They're looking good value for their tag as one of the favourites ⚪️🔵 pic.twitter.com/0dK7ikjVmo

Racing will now travel to Belfast in Round 5 to face Ulster Rugby at the Kingspan Stadium on January 12, when Leicester head to Parc y Scarlets.