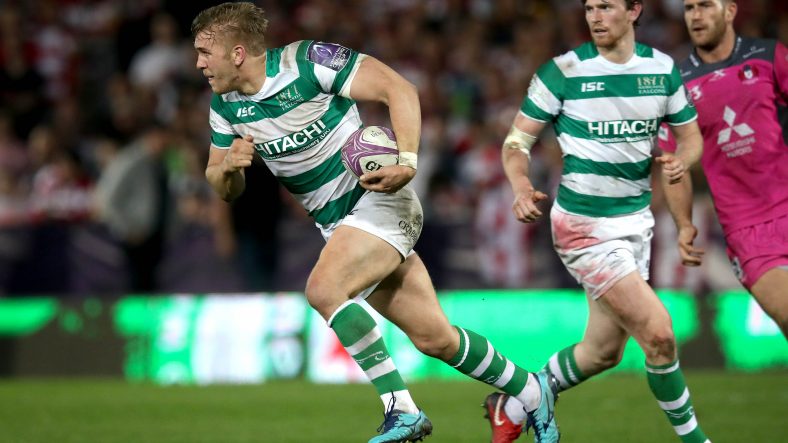 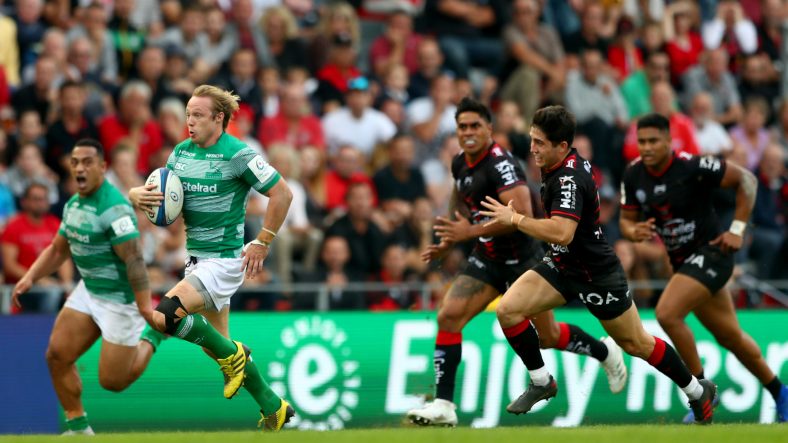 Joel Hodgson was instrumental for Newcastle in their historic win over Toulon in the Heineken Champions Cup.

Newcastle Falcons pulled off one of the biggest shocks in European rugby history to beat RC Toulon at Stade Mayol 26-25 in the opening round of the Heineken Champions Cup.

The English side become just the second side to beat Toulon on their own turf and join Saracens in an elite club.

Toulon – who have never failed to progress from the pool stage – got off to the dream start, scoring after just 21 seconds, courtesy of Romain Taofifenua charging down Micky Young’s box kick. France international Francois Trinh-Duc added the extras and later slotted over a penalty to give the home side a 10-0 lead.

But Newcastle bounced back immediately, with hooker Kyle Cooper bulldozing over after excellent phase work from the forwards. Joel Hodgson – who was sublime throughout at fly-half – converted the try and added two penalties to put his side 16-10 up.

Toulon captain Raphael Lakafia got his side back into the match by crossing over just before half-time. Trinh-Duc failed to convert, so the French giants went into the break 16-15 down.

The second half produced constant drama and Newcastle were awarded a penalty try after Sinoti Sinoti was tackled high, which resulted in full-back Daniel Ikpefan being sin-binned.

Hodgson joined the Frenchman in the bin a few minutes later, after deliberately knocking the ball on, and Toulon took advantage straightaway, scoring courtesy of Guirado smashing through Falcons’ defence. Trinh-Duc converted the hooker’s try and slotted a penalty to put the French outfit into the lead.

With minutes remaining, Julian Savea was shown a yellow card by referee Ben Whitehouse and Hodgson kicked the penalty to give Newcastle the lead.

The away side hung on in a raucous atmosphere and in their first match in Europe’s elite club competition in 13 years, claimed a monumental victory.

📸 A day that will live long in the memory pic.twitter.com/0HrtOUWcTc

Newcastle host Montpellier at Kingston Park next Sunday, while Toulon travel to Edinburgh on Saturday.