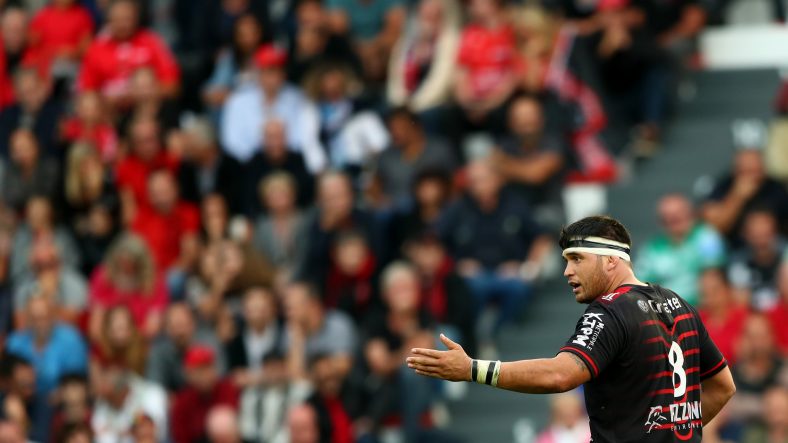 Montpellier host TOP 14 rivals RC Toulon in a must-win Heineken Champions Cup match for both teams at the GGL Stadium, live on BT Sport on Sunday at 15:15 (GMT). 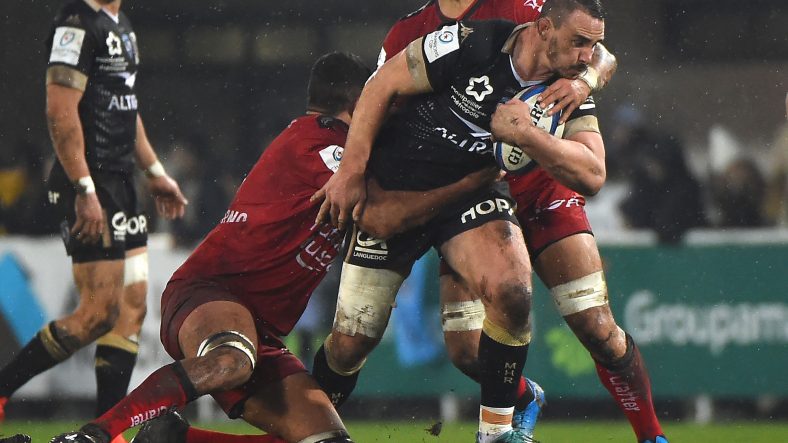 Montpellier No.8 Louis Picamoles is held by Toulon's defence during the Heineken Champions Cup Pool 5 tie at the GGL Stadium on Sunday

Despite the treacherous conditions, Montpellier scored five tries against the three-time European champions at the GGL Stadium, with Jan Serfontein, Henry Immelman, Vincent Giudicelli, Ruan Pienaar and Levan Chilachava all crossing in an emphatic display by the hosts.

Francois Trinh-Duc and Pienaar exchanged early penalties, before South African centre Serfontein took advantage of gaps in Toulon’s defence to slide over in front of the posts in the 13th minute. Pienaar converted.

Wing Immelman scored Montpellier’s second try in the 33rd minute, finishing nicely in the corner to improve the home side’s lead, although it was cut to 15-6 at the break by Trinh-Duc’s penalty.

Montpellier added their third try shortly after the break through Giudicelli, who peeled off the back of a rolling maul to lumber over. Pienaar added the conversion.

And it was former Springbok scrum-half Pienaar who scored the crucial bonus-point try, capitalising on good work by full-back Francois Steyn. Pienaar improved his own effort.

Georgian back-rower Mamuka Gorgodze scored Toulon’s only try midway through the second half, but replacement Chilachava wrapped things up for Montpellier with a try just before full-time to seal an important win.

Montpellier welcome Newcastle Falcons to the GGL Stadium in Round 5 on January 12, when Toulon host Pool 5 leaders Edinburgh Rugby at the Stade Felix-Mayol.