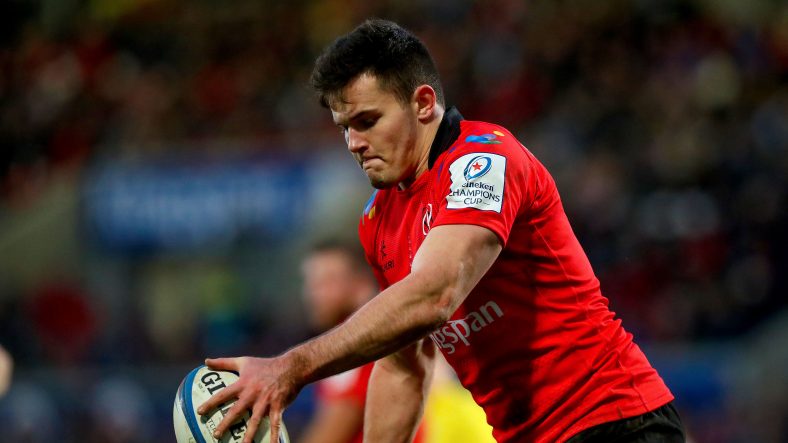 Ulster's Jacob Stockdale is the competition's joint-highest try-scorer this season with six.

It will be just the second time the two provinces will have met in Europe’s elite club competition, having played in the 2012 final at Twickenham together, with Leinster triumphing 42-14.

Larmour: "I played with Jacob at U18s and I think he scored a try in every game – pretty much what he's doing now." #LEIvULS #ChampionsCup pic.twitter.com/FaiM5Qhy5W 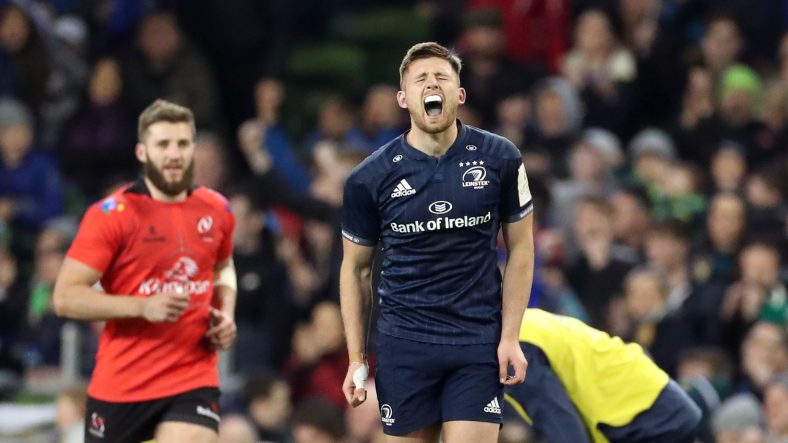 At a raucous Aviva Stadium, it was Ulster who sent their supporters into raptures initially, after captain Rory Best charged down a Garry Ringrose kick and Kieran Treadwell swooped on the loose ball and touched down. John Cooney, with his first kick at the ground, converted the score.

However, it did not take long for Leinster to respond, with Byrne, starting at fly-half for the third consecutive game in the competition, darting over in the corner after identifying a numbers advantage on the blindside. He was unable to convert his own score from the touchline, though.

He then missed a chance to redeem himself moments later after his penalty kick drifted wide and his error was compounded when Cooney extended Ulster’s lead with a successful penalty of his own.

The Leinster half-back did slot two penalties in succession, though, to give his side the lead, before Cooney responded with three points off the tee himself to give Ulster a 13-11 advantage at half-time

The tremendous intensity continued when the second half began, with Ulster the more threatening, and they had an opportunity to extend their lead through the competition’s joint-top try-scorer, Jacob Stockdale. However, after evading a number of defenders, the Ireland wing knocked on as he attempted to dot the ball down over the try-line, with the TMO confirming the try should not stand.

Sensational play from Jack Conan and Adam Byrne touches down in the corner!

The Ireland back-rower even managed to pull his shorts up mid-break, outstanding! 👌 pic.twitter.com/FCx85VJ9y0

The momentum then shifted in Leinster’s favour and with the visitors beginning to tire, No. 8 Jack Conan exploded through the Ulster defence and offloaded to wing Adam Byrne, who dived over for the hosts’ second try. Ross Byrne converted.

However, Ulster, who lost their only previous European match against Leinster in the 2012 final, would not give up. Replacement Luke Marshall capped off some tremendous work by his pack to power over. Cooney missed his conversion to leave the scores tied at 18-18.

Despite struggling with cramp, Ross Byrne showed how it should be done by slotting the winning penalty to send Leinster into the semi-finals for the 11th time.

BT Sport’s Ben Kay awarded the Heineken Man of the Match to Conan, who said after the game: “That was incredibly tough, probably the toughest game I’ve played all year. Huge credit to Ulster, who threw the kitchen sink at us. They put in an incredible shift for 80 minutes and to have a full house here means the world to the lads, so we’re pleased to grind it out.”

They will now play either Toulouse at the Aviva Stadium on Sunday, 21 April.