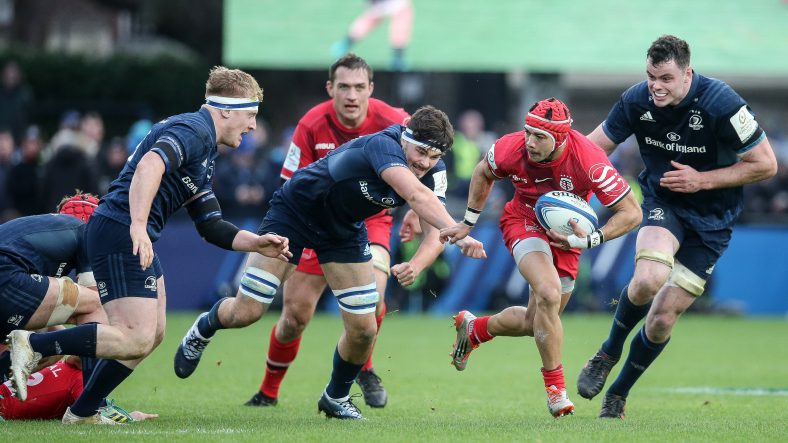 Four-time winners Leinster Rugby and Toulouse will face off for the third time this season when they meet in a Heineken Champions Cup semi-final at the Aviva Stadium in Dublin on Sunday.

The defending champions had to grind out a 21-18 win over fellow Irish province Ulster Rugby in the last eight while Toulouse swept aside Racing 92 in a thrilling 22-21 success in Paris. You can watch the semi-final with live free-to-air coverage on Channel 4 and Virgin Media as well as BT Sport, beIN SPORTS and FR2 from 15:15 BST.

"It's the biggest week of the season so far."@LukeMcGrath93 looks ahead to Sunday's massive semi-final at the Aviva 👊⬇️#LEIvTOU #JoinTheRoar pic.twitter.com/yxDtlF3f1L

Garry Ringrose (Leinster): “This match against Toulouse is really special.

“The two teams want to make history by aiming for a fifth title. It will be a huge motivation for all the players.”

Richie Gray (Toulouse): “We’ve been playing well, so we can take confidence from what we have done so far.

“We weren’t as clinical as we could be against Leinster [in the defeat]. We dropped a few balls in key areas to let them off the hook. We’ll have to be a bit more clinical this weekend.” 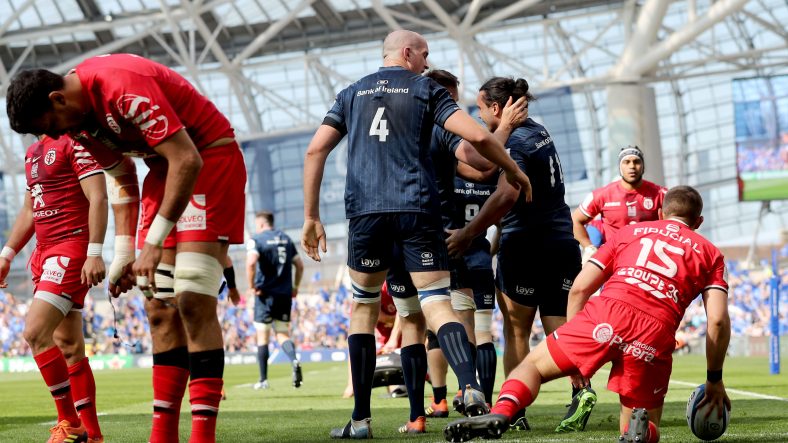 Leinster Rugby will face Saracens in the Heineken Champions Cup final after a 30-12 victory over Toulouse in their last four clash at the Aviva Stadium on Sunday.

Tries from wing James Lowe, scrum-half Luke McGrath and flanker Scott Fardy did the damage against a Toulouse side who battled hard but could not take advantage of possession in the Leinster 22 throughout the match.

The visitors made the better start and won an early penalty at the breakdown in kicking range for full-back Thomas Ramos, who made no mistake in handing Toulouse a three-point lead.

Five minutes later, the French side were penalised when prop Charlie Faumuina failed to roll away and Leinster fly-half Johnny Sexton duly levelled the scores with a simple penalty in front of the posts.

New Zealander Lowe then bagged yet another try in the Heineken Champions Cup on 13 minutes. The hosts worked the overlap to perfection out wide and found Lowe, who burst past two Toulouse defenders to dive over the try line.

The visitors were reduced to 14 men after 24 minutes when Richie Gray was sent to the sin bin and seconds later Leinster scored a second try, McGrath touching down under a pile of players after an effective line-out and driving maul from the defending champions.

However, Toulouse finished the half strongly and Ramos cut the gap by kicking a simple penalty between the posts to make the score 17-6 at the interval.

That was as good as it got for the visitors, though, as after nearly five minutes of sustained pressure from Leinster at the start of the second half, they got a crucial third try.

"Saracens have an unbelievably strong squad, they've won it back to back, we'll have to go back to the drawing board."

Garry Ringrose knows the work isn't done as they plot their title defence against Saracens at St. James' Park! pic.twitter.com/WqJNv8dByD

Australian Fardy – who replaced Rhys Ruddock in the side just two hours before kick-off – powered past the final Toulouse defender to dot down and leave the visitors with a mountain to climb.

Toulouse’s Romain Ntamack trimmed the Leinster lead with an easy penalty, but Heineken Man of the Match Sexton – who kicked 12 points in the victory – slotted over another three-pointer on 65 minutes to restore their advantage.

With three minutes to play, replacement fly-half Ross Byrne – who was the hero in the quarter-final success over Ulster Rugby last month – popped over the final points of the afternoon with a penalty in front of the posts.

Leinster Rugby now take on Saracens in the Heineken Champions Cup final on Saturday 11 May at St James’ Park in Newcastle.