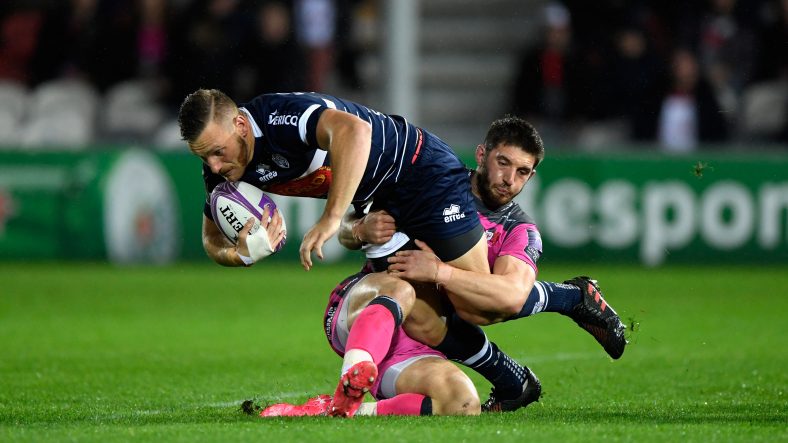 Grenoble will be aiming to remain unbeaten in the Challenge Cup against Agen on Friday when the two French sides clash at Stade des Alpes. 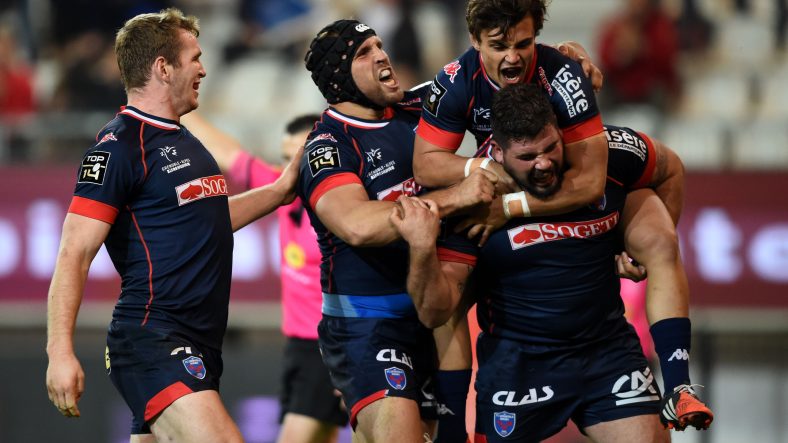 Grenoble picked up a crucial 22-15 win over Agen in Challenge Cup Pool 5 after replacement Alexandre Dardet came off the bench to score the match-winning try at Stade des Alpes on Friday night.

Michael Capelli opened the scoring for the home side after some powerful forward play, with fly-half Corentin Glenat slotting over the conversion.

Theo Nanette then extended the advantage with a try on 34 minutes, but Agen hit back just before the interval through full-back Jean-Louis Tolot who dived over to make it 12-7 at half time.

Agen wing Fouad Yaha then cut the gap further with a try on 42 minutes, but the conversion was pushed wide so the visitors remained two behind.

Grenoble’s replacement fly-half Adrien Latorre kicked another penalty on the hour mark but the sides were soon level through Fijian wing Benito Masilevu, but again they could not convert that try so the score remained 15 apiece.

The match-winning try then came from Alexandre Dardet, who powered his way over the try line with 13 minutes to play. That would prove to be the final scoring play as the referee blew his whistle despite Agen’s attempts at a late comeback.

Agen will not have long to wait to face Grenoble again, with the two sides meeting next Friday night at Stade Armandie.