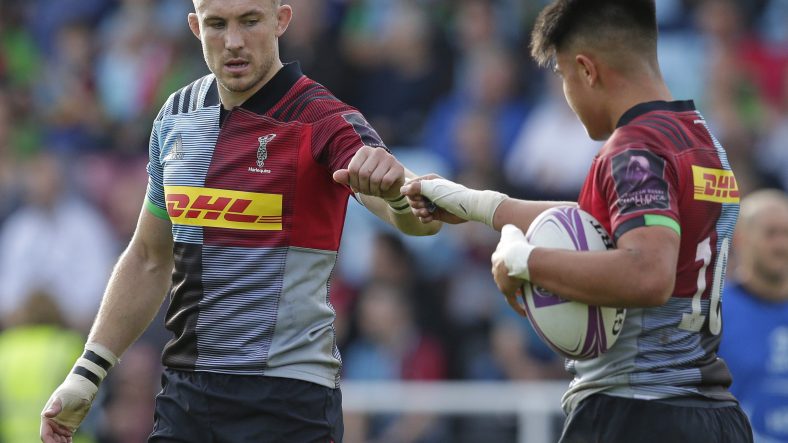 Mike Brown of Harlequins is congratulated on his try by Marcus Smith during the European Rugby Challenge Cup match between Harlequins and Agen at Twickenham Stoop on October 13, 2018.

Harlequins will look for an immediate response against Benetton Rugby at Twickenham Stoop on Saturday after losing 26-21 last weekend to the Italian side.

Harlequins battle to win over Benetton 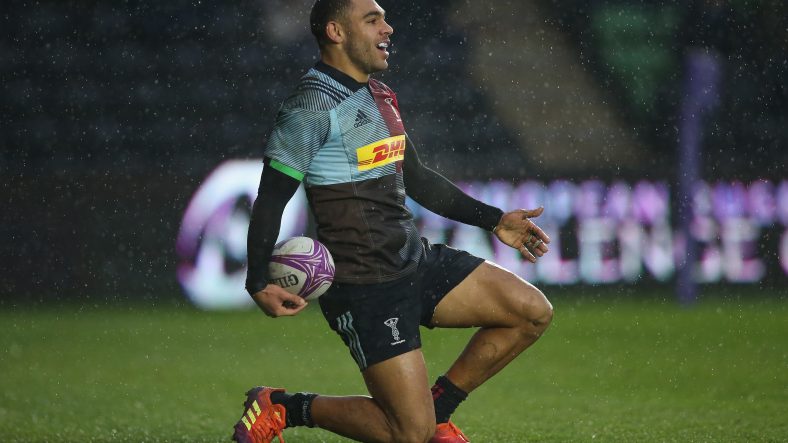 Harlequins checked out of The Stoop for 2018 with a hard-fought victory over Benetton Rugby which reignited their hopes of progression from Pool 5 in the Challenge Cup.

First-half tries from Lewis Boyce and Joe Marchant proved decisive as the hosts avenged last week’s 26-21 defeat in Treviso and moved a point above their opponents with two games remaining in the group.

In the driving rain it took the hosts eight minutes to gain the initiative – Boyce scrambling the ball over from close range after good work from Semi Kunatani and James Lang.

Two Ian McKinley penalties pulled Benetton back to within a point midway through the first half but the hosts reasserted when Marchant scored on the 25 minute mark.

Harlequins get past Benetton to move back to the top of Pool 5 #COYQ #HARvBEN pic.twitter.com/nWbwaPppjE

Intercepting a loose pass on halfway, the England U20 centre was not for catching, racing in to score under the posts, giving Lang the easiest of kicks for the extra points.

The lead could have been extended further but for a third try being ruled out just before the break because of a Francis Saili knock on, although a penalty for a high tackle in the same sequence did go Harlequins way, giving them an eight point lead at half-time.

Benetton bossed the early stages of the second period but could not turn their possession into points. It was still enough of a warning for Harlequins’ boss Paul Gustard though, who reacted with a quartet of substitutions and one of those, Marcus Smith, kicked home the first, and only, points of the half on 69 minutes.

Victory for Harlequins continued their fine home record in the Challenge Cup, being their 14th win from their last 15 games at The Stoop, while defeat for Benetton meant that their record of never having won in England in the competition was extended to four games.