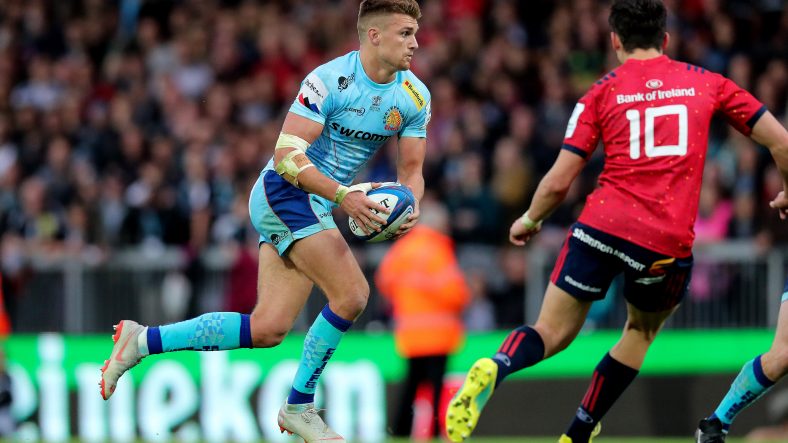 Gloucester Rugby and Exeter Chiefs clash on Saturday with the winner potentially moving to the top of Heineken Champions Cup Pool 2, with Munster Rugby and Castres Olympique facing off on Sunday. The match at Sandy Park gets underway at 13:00 GMT and is live on Channel 4, Virgin Media and BT Sport.

🏉 – Centre Ian Whitten says lessons must be learnt in the aftermath of a first @premrugby defeat of the season for @ExeterChiefs ⬇️https://t.co/UXwu4CA9Cg pic.twitter.com/bdHAY6XGU7

Ahead of Saturday's @ChampionsCup fixture at @ExeterChiefs, Head Coach Johan Ackermann stresses that @gloucesterrugby will need to be at their best.

Gloucester battle to away success at Exeter 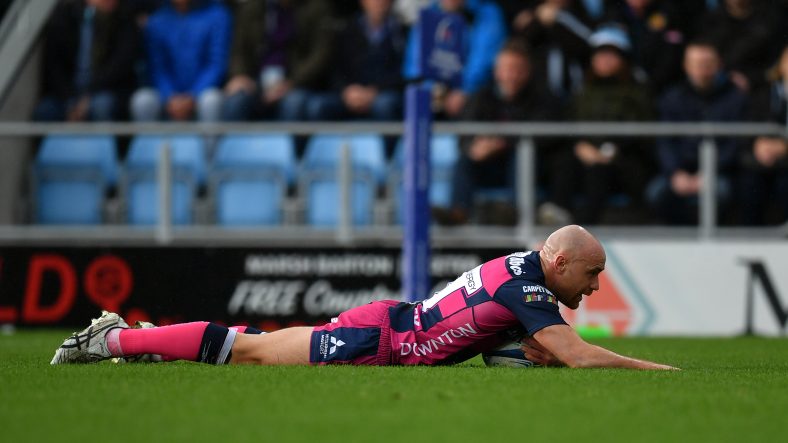 Gloucester Rugby put in a terrific second half performance to pick up a vital 27-19 away victory against Exeter Chiefs in Heineken Champions Cup Pool 2.

The home side started on top, forcing a turnover from a Gloucester scrum and quickly gained field position. Santiago Cordero jinked his way past two men before finding Steenson who hit Don Armand.

He was able to lay a dummy pass, beating the final defender and dive over the try line, but Gareth Steenson could not slot over the conversion in tricky kicking conditions.

Exeter continued to dominate territory and possession but the home side lost the ball, giving Ollie Thorley the chance to find a gap in the Exeter line, running fully 70 metres before Alex Cuthbert dragged him down, but captain Willi Heinz was there for the simple offload and try.

What a try from @ExeterChiefs!

A great way to start the day's action 🙌 pic.twitter.com/QP0pRlNbUK

No more points were scored until just before the interval, when Gloucester’s Danny Cipriani slotted over the first successful penalty kick in an attritional first half.

Seconds after the restart, Nic White beat three Gloucester defenders and despite pressure, did enough to slide over the try line and dot down. Steenson, who had been very quiet to that point, slotted over the conversion to give Exeter the lead.

As soon as Exeter took the lead though, they conceded a kickable penalty and Cipriani made no mistake. The match seemed to turn on that kick as Gloucester went on to dominate the final 30 minutes.

Patience was eventually rewarded for the away side who worked the hands really well and Jaco Visagie was on the shoulder to battle his way over the try line. A crucial conversion was made from Cipriani, giving Gloucester a two-score lead.

Ollie Thorley vs Alex Cuthbert is some foot race!

It ends with @gloucesterrugby crossing for their opening try 👏 pic.twitter.com/1BzgxKiAPl

The away side then won several penalties inside the Exeter 22, eventually launching a powerful maul that was brought down two metres out. But that didn’t concern Ben Morgan, who picked and battled his way over the try line, with replacement Billy Twelvetrees nailing what can only described as a delightful conversion from the sideline.

Exeter then went over themselves after a driving maul was executed to perfection, with Tom Lawday the man to fall over the try line, but it proved to only be a consolation as Gloucester held on for victory.

The two sides will do battle again next Friday at Kingsholm Stadium, with the match live on BT Sport.