Glasgow can keep up pressure on Saracens with Cardiff win 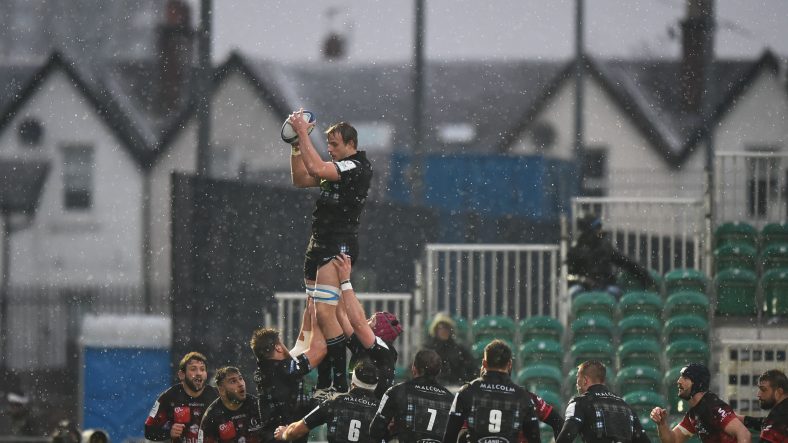 Glasgow Warriors will be aiming to keep the pressure on Pool 3 leaders Saracens with a win over Cardiff Blues at Scotstoun on Sunday. Kick-off is at 15:15 GMT and the match is live on BT Sport.

FULL STORY 📰 | Rob Harley will become the first player in Glasgow Warriors history to reach a double century of appearances against Cardiff Blues at Scotsotun this Sunday | ➡️ https://t.co/z9H5fT1xBY pic.twitter.com/N3nM9h4TAI 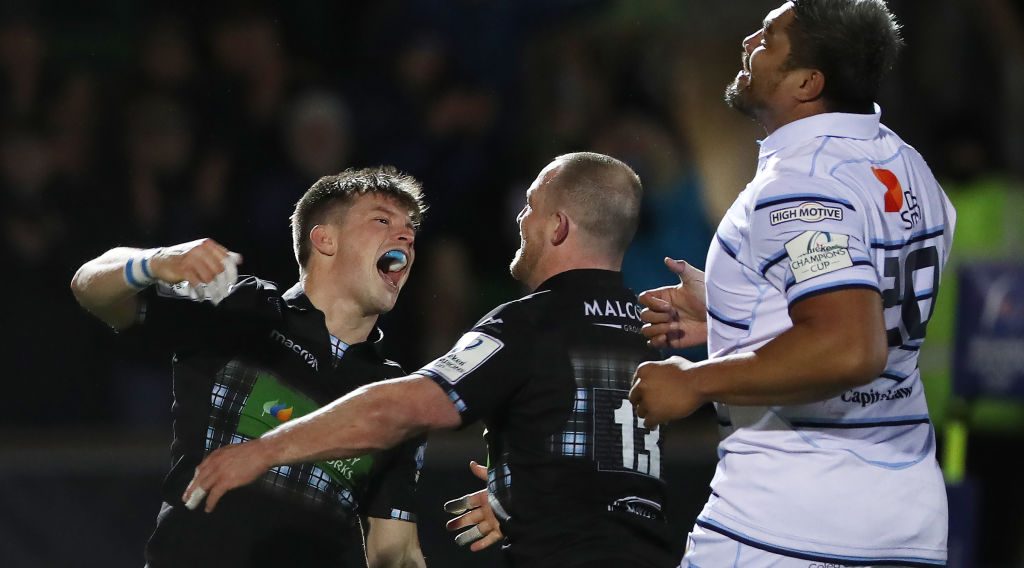 Glasgow Warriors took a giant leap towards the Heineken Champions Cup quarter-finals with a 33-24 bonus-point win over Cardiff Blues at Scotstoun on Sunday.

It took 26 minutes for the first points of the afternoon, and they came to the home side. From an attacking line-out, Glasgow powered towards the try line and Grant Stewart was the man able to force his way over. The conversion in windy conditions was made by Brandon Thomson who judged the kick to perfection.

Minutes later, Glasgow extended the advantage as Ali Price had Scott Cummins on his shoulder and played a simple but effective ball inside for the lock to dive through a gap and over the try line.

But Cardiff showed resolve to score the final points of the first half after a nice one-two pass and then kick from Dan Fish allowed Owen Lane to bundle his way over the try line. TMO took a look at whether Fish was offside, but referee JP Doyle was satisfied and the try was awarded.

A clinical line-out and driving maul from Glasgow meant they scored the first try of the second half, with Chris Fusaro the man dragged over the try line.

IT'S ALL OVER AT SCOTSTOUN!!! GLASGOW WARRIORS SECURE A BONUS-POINT WIN AND MOVE ONTO 19 POINTS IN POOL 3 👌 pic.twitter.com/aR1iaRj4D2

Cardiff again hit back as Owen Lane played a cutting final pass to Harri Millard who dived over at the corner, but just two minutes later Oli Kebble would score for the home side and regain the 18-point cushion.

Two further scores from Josh Navidi and Lane set up a grandstand finish at Scotstoun but it wasn’t to be for Cardiff who were punished late on with replacement George Horne rounding off the scoring.

Glasgow Warriors now travel to already-qualified Saracens in Round 6 while Cardiff will host Lyon.