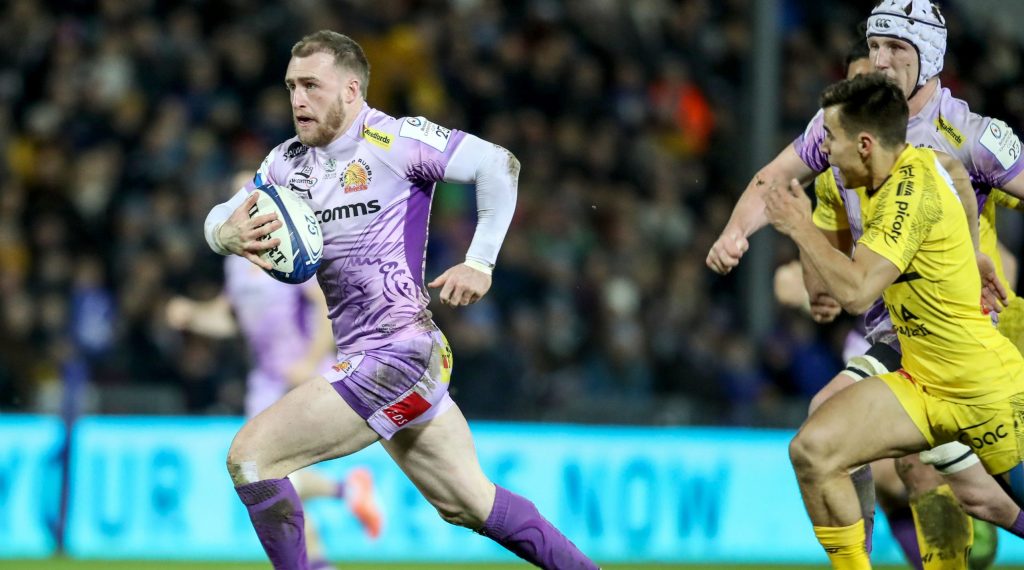 Exeter Chiefs will be bidding to reach the Heineken Champions Cup semi-finals for the first time on Sunday but will need to see off fellow English side Northampton Saints at Sandy Park in order to secure a last four berth.

Exeter have reached the quarter-final stage of the Heineken Champions Cup once previously, losing out to Wasps and Jimmy Gopperth with the final kick of the game at the Ricoh Arena in 2016.

They enjoyed a smooth passage into the last eight this time around, topping Pool 2 with 27 points whereas Northampton had to battle back from consecutive defeats to Leinster Rugby to secure a best runners-up spot and the No.7 seeding.

Sunday’s match from Sandy Park gets under way at 17:30 (UK and Irish time) on Sunday and is available to watch on BT Sport and beIN SPORTS.

But who will clinch it?? pic.twitter.com/PXRQdqCbHR 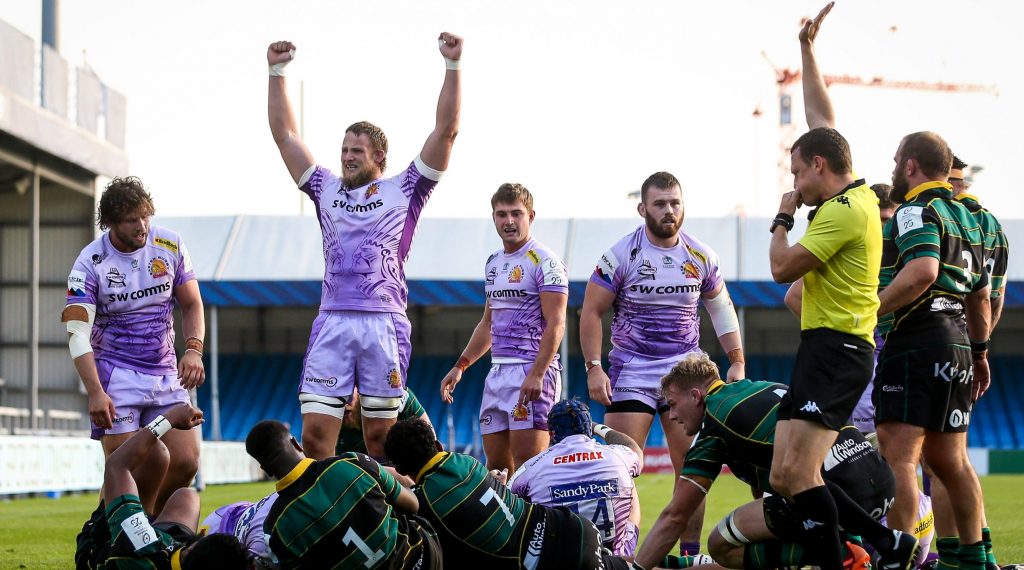 Exeter Chiefs will feature in the Heineken Champions Cup semi-finals for the first time after defeating a dogged Northampton Saints side 38-15 at Sandy Park on Sunday evening.

The Saints kept in touch throughout and were only four points down at the break but three tries from Exeter in the second period ensured they would run out convincing winners.

Northampton led early through a Dan Biggar penalty kick but Exeter would soon take a lead they would keep for the remainder of the match.

The Saints forced an initial turnover but Exeter snatched the ball at the scrum and as ball was played wide, Henry Slade weaved in and out of two Northampton defenders before handing to Jack Maunder who wriggled over the try line.

The forwards win a scrum against the head with a massive shove, then Henry Slade adds a bit of class in the back-line 😍

Jacques Vermeulen then powered over of the first of his two tries on the afternoon but Northampton captain Tiemana Harrison helped the visitors get within four at the break after diving over the try line following a powerful driving maul.

The hosts would take over in the second period and soon moved further clear through the the slippery Jack Nowell who slalomed past two or three Northampton defenders and was somehow able to dot down at the posts.

They soon added a fourth try after a looping line-out allowed Jonny Hill to reach around and he was strong enough to reach over and grab another for the hosts.

"A try all of his own making for the comeback king!"

Jack Nowell is just a joy to watch!

Northampton weren’t finished with and after an efficient line-out, Fraser Dingwall hit a tremendous line, beating two men and scoring in the corner.

The scoring was ended on 78 minutes as Vermeulen burst through the tiring Northampton line, with replacement fly-half Gareth Steenson making the tricky conversion.

Exeter will now face Toulouse at Sandy Park next Saturday in the Heineken Champions Cup semi-finals.