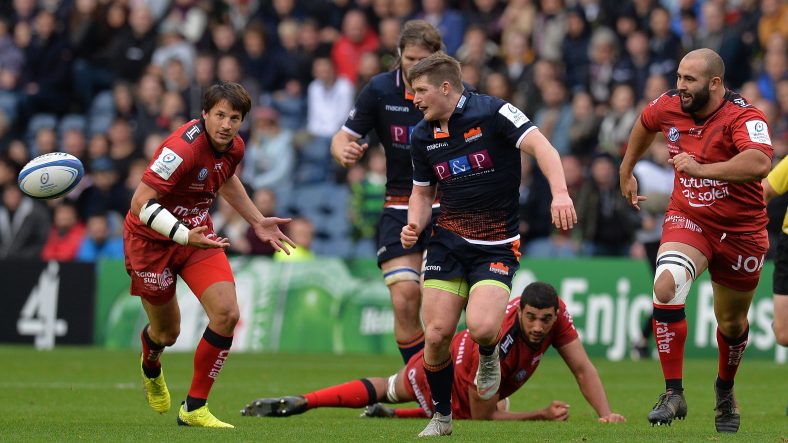 Edinburgh Rugby will become the first Scottish team to win at Stade Felix-Mayol if they are able to defeat RC Toulon on Saturday evening. Coverage from Toulon will get under way at 17:30 GMT on BT Sport and beIN SPORTS.

Edinburgh battle from behind to clinch historic victory in Toulon 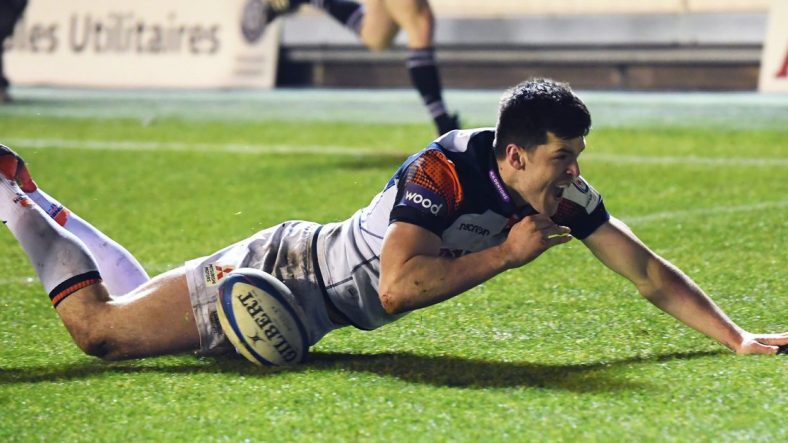 Blair Kinghorn diving over for a second half try

Toulon started with a flurry, scoring the first try in the second minute through hooker Guilhem Guirado who powered his way over the line after some help from his fellow forwards.

The Scottish side eventually settled into a rhythm and won a kickable penalty, which Jaco van der Walt slotted over to cut the gap to two.

Edinburgh then took the lead for the first time as they reached the Toulon 22, making ground with each phase before looking to the backs, with Jamie Ritchie finding Darcy Graham who somehow got over his marker and dotted down in the corner.

Darcy Graham going full big brother on Mathieu Smaili for the try in the corner!

The game then swung back in the favour of Toulon, who scored a second try through Facundo Isa. He nonchalantly tapped down after good forward work left them inches short of the line.

In the second half, Edinburgh quickly regained the lead when James Johnstone flicked a delightful ball behind the French side’s line, allowing Blair Kinghorn to sweep past the defenders and sprint clear for a well-worked score. Van der Walt split the sticks with aplomb, pushing Edinburgh three ahead.

Edinburgh then won two kicks at goal, extending the lead to nine points as Van der Walt continued to keep the scoreboard ticking over in favour of the Scottish region.

The defining moment came on 63 minutes when Bill Mata powered past five or six Toulon men and played a simply stunning offload to James Johnstone who sprinted the other half of the pitch for a try that effectively killed off the clash.

Toulon did respond through a Julian Savea try but it was too late to alter the outcome as the Scottish side took the points back to Murrayfield.

Edinburgh host Montpellier in Round 6 with the winner claiming top spot in Pool 5, while Toulon will travel to face Newcastle Falcons.