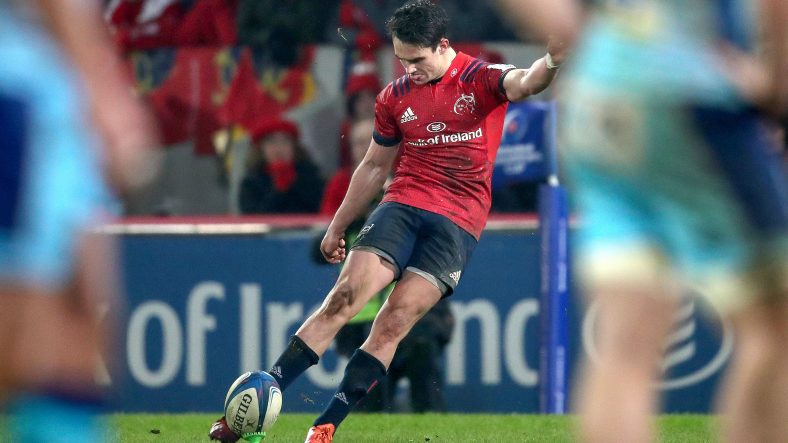 The Scottish side will have home advantage after topping Pool 5 with 23 points while Munster defeated Exeter Chiefs 9-7 in Round 6 to secure their spot in the quarter-finals. You can watch live free-to-air coverage from 12:45 GMT on Channel 4 and Virgin Media as well as BT Sport and beIN SPORTS.

🗨️ "The place is going to be absolutely bouncing!" 👏

Watch Stuart McInally's full player focus as he urges supporters to get behind the city on what is set to be a memorable day at BT Murrayfield: 📺https://t.co/1vttrUYozk

Richard Cockerill (Edinburgh): “I want to win on Saturday. We’re a good team, we’ll be well prepared and we’ll look forward to the challenge. I think this is Munster’s 18th quarter-final. This is our third, so history dictates that they should probably be favourites. They’ve got all the big-game experience.”

Rory Scannell (Munster): “We’ve just fallen short in the last two years, but a lot of the squad have got experience now and we have the ambition to go one step further. The weekend is obviously a big challenge and we are not taking Saturday lightly, but that is the ambition.” 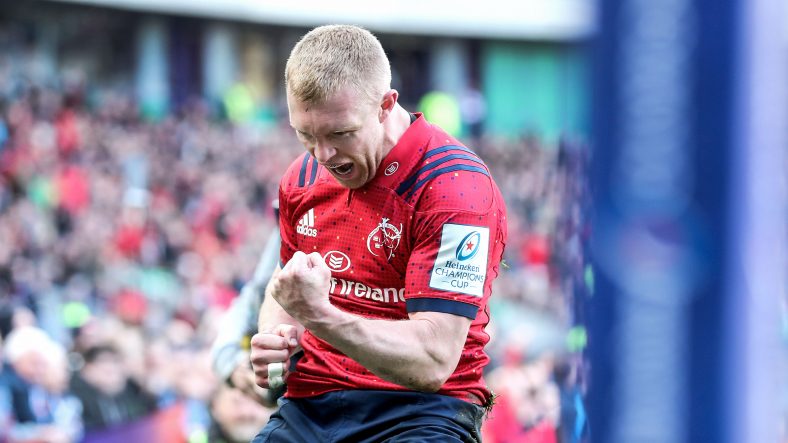 Keith Earls celebrates his second try of the afternoon against Edinburgh

Munster Rugby will play in a record 14th European Cup semi-final next month after defeating Edinburgh Rugby 17-13 in a thrilling Heineken Champions Cup quarter-final on Saturday at BT Murrayfield.

Two tries from 31-year-old wing Keith Earls proved to be the difference between the two sides in a last-eight clash that made for compulsive viewing in the Scottish capital.

The Irish province were penned inside their own 22 for the opening six minutes as Edinburgh went close on several occasions, but the visitors forced a crucial turnover, allowing fly-half Joey Carbery to clear up field.

Munster then went down to 14 men after Tadhg Beirne was sin-binned for an offence close to his own try line. However, they saw off that period of pressure and grabbed the opening try on 18 minutes. After winning a penalty from their own scrum, it was quickly taken by Earls, who zoomed past two Edinburgh defenders for a delightfully enterprising try. Carbery – who was replaced before half-time – slotted over the conversion.

Edinburgh dominated the rest of the first half and hit back with a try of their own on 25 minutes. Huge drives from No.8 Viliame Mata and prop Pierre Schoeman forced gaps in the Munster line, which centre Chris Dean took full advantage of by powering over.

Munster then conceded another penalty inside their own 22 and this time the Scottish side took aim at the posts. Jaco van der Walt – who was flawless from the kicking tee – made no mistake.

Six minutes into the second half Munster were level after they lost possession while advantage was being played. Replacement fly-half Tyler Bleyendaal coolly slotted between the posts.

Superhuman skills to put Munster ahead late on! 🙌👏 pic.twitter.com/Moz3F084kU

Van der Walt added another three points after Edinburgh’s outstanding scrum won another penalty, but the Scottish side could not hold on to their advantage.

Earls again proved to be the match-winner for Munster. They showed brilliant fast hands to work the ball across the line and release the wing, who raced towards the corner and dived over the line to give the Irish province the lead. Bleyendaal again made no mistake from the tee.

In the final phases Edinburgh battled to score the match-winning try, but they knocked on under pressure as time elapsed.

Munster will play their 14th European Cup semi-final against Saracens at the Ricoh Arena in Coventry on April 20.