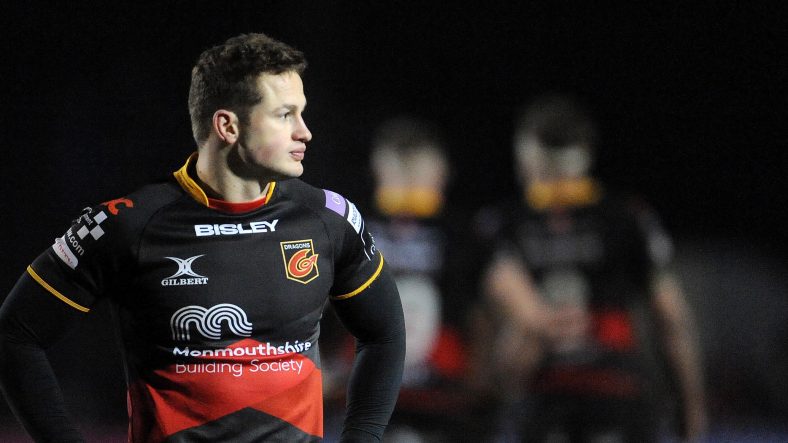 Hallam Amos has scored 10 tries in 20 appearances in the Challenge Cup for the Dragons.

Romanian champions Timisoara Saracens will return to the European Rugby Challenge Cup and host Dragons in a Pool 1 fixture on Saturday (12:30 BST).

Centre @jarrydsage aiming for a big start in Europe… 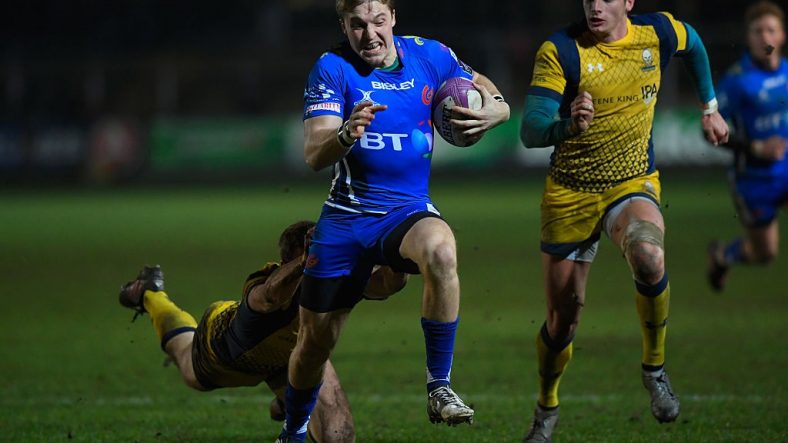 Dragons went some way to improving their disappointing away record in the European Rugby Challenge Cup with a thumping eight-try, 54-17 victory in their Pool 1 tie with Timisoara Saracens in glorious Romanian sunshine on Saturday.

The Welsh region had lost six of their previous seven matches on foreign turf in the competition, but they hit back from trailing 10-7 after 24 minutes, when centre Jack Umaga scored a try for Timisoara, to claim a bonus point with four tries by the interval, when they led 26-10.

Captain and hooker Elliot Dee led the way with a double – which earned him the man-of-the-match award – prop Leon Brown also powered over from close range and right wing Daf Howells touched down after a superb break from inside his own 22 by centre Tyler Morgan.

Fly-half Josh Lewis converted three of the four tries before the break and then added the extras to second-half tries from lock Lewis Evans, flanker Ollie Griffiths and replacement Rhodri Davies, while Dragons also notched a penalty try in the second period following repeated Timisoara infringements.

Off and running with eight tries and maximum points! Back to home soil next week to take on Northampton Saints – don't miss it! #BringYourFire 🔥

In between, after Dragons had emptied most of their bench, replacement Marius Simionescu touched down for the home side against the run of play for a try converted by Luke Samoa, who kicked seven points in total.

So Timisoara are still awaiting their first win in the competition after their first game against Welsh opposition and they now travel to France to take on two-time winners ASM Clermont Auvergne next Saturday. Meanwhile, Dragons host Northampton Saints, also double Challenge Cup champions, on Friday night.