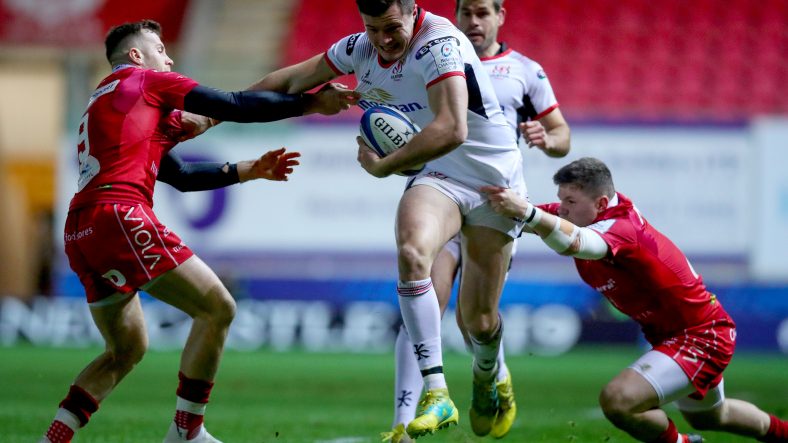 Ulster Rugby could go top of Heineken Champions Cup Pool 4 with an emphatic victory over Scarlets on Friday night, live from Kingspan Stadium at 19:45 (BT Sport). 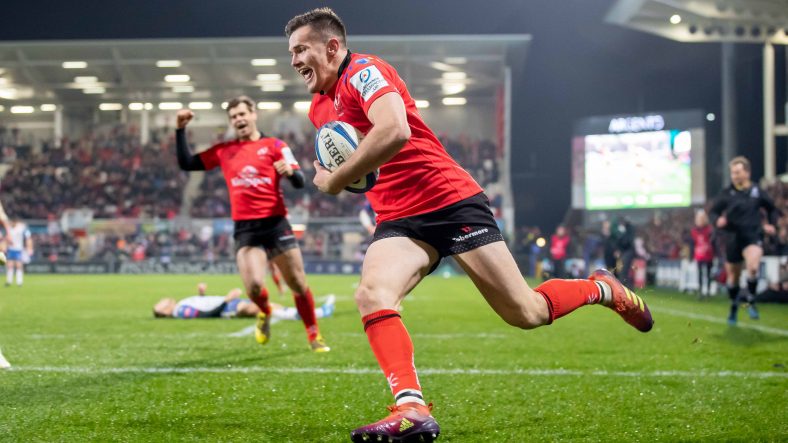 Ulster Rugby kept the pressure on Racing 92 in Pool 4 with a commanding bonus point win over Scarlets, triumphing 30-15 at the Kingspan Stadium on Friday night.

John Cooney got things going for Ulster with an early penalty and it was the home side that dominated possession and territory in the first half.

Scarlets prop Wyn Jones was sin-binned after infringing at the breakdown and Ulster took advantage immediately with lock Iain Henderson powering over after sustained pressure. Cooney converted the try in front of the posts.

Rhys Patchell managed to reduce Scarlets’ deficit at half-time with a penalty kick before the break to make it 10-3 to Ulster.

A spectacular try after the break from the away team levelled the scores, with scrum-half Gareth Davies intercepting a pass on his own line to run 60 metres and put in a perfectly weighted kick for Jonathan Davies to slide over. Patchell’s conversion made it 10-10.

However, Ulster hit right back through in-form winger Jacob Stockdale, who collected a precise grubber kick from Billy Burns – who was named Heineken Man of the Match – to dot down and give the Irish province back the lead.

Iain Henderson powered over again to score soon after and the home side collected an important bonus point after Cooney darted over following good work at the line-out – where Ulster were strong all night.

Tom Prydie did score a late consolation try for Scarlets but it was Ulster that made it three wins on the spin in the Heineken Champions Cup.