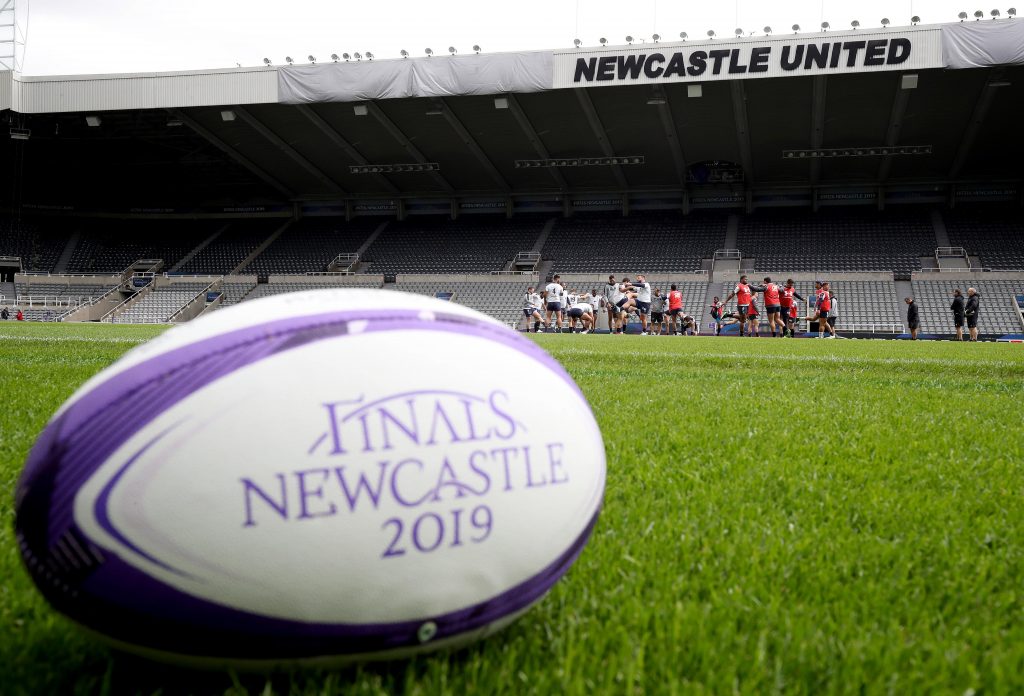 ASM Clermont Auvergne will be hoping to clinch a third European Rugby Challenge Cup on Friday night when they take on fellow French side La Rochelle in the showpiece final at St James’ Park in Newcastle.

Clermont secured their place in Friday’s final with a 32-27 semi-final victory over Harlequins at Stade Marcel-Michelin, while La Rochelle battled past Sale Sharks 24-20 in their last–four clash at Stade Marcel Deflandre. You can watch live coverage from 19:45 BST on BT Sport 2, FR4 and beIN SPORTS.

Franck Azema (ASM Clermont Auvergne): “Right from the start [of the season] together we have respected this competition. Everyone has done their job.

“The story of this European campaign is that we have been on a journey that now allows us to have the right to contest this final. We want to win it and we have the hunger to achieve a record. We know that there is this opportunity there now.”

Romain Sazy (La Rochelle): “We have done everything to reach the final – this is now a bonus. We understand the magnitude of the event.

“We will be supported by Rochelais fans in Newcastle, at Deflandre and by all those in front of their televisions. We will give everything to bring back something for them.”

Will they be able to shut-down the fire-power of French opponents @ASMOfficiel? 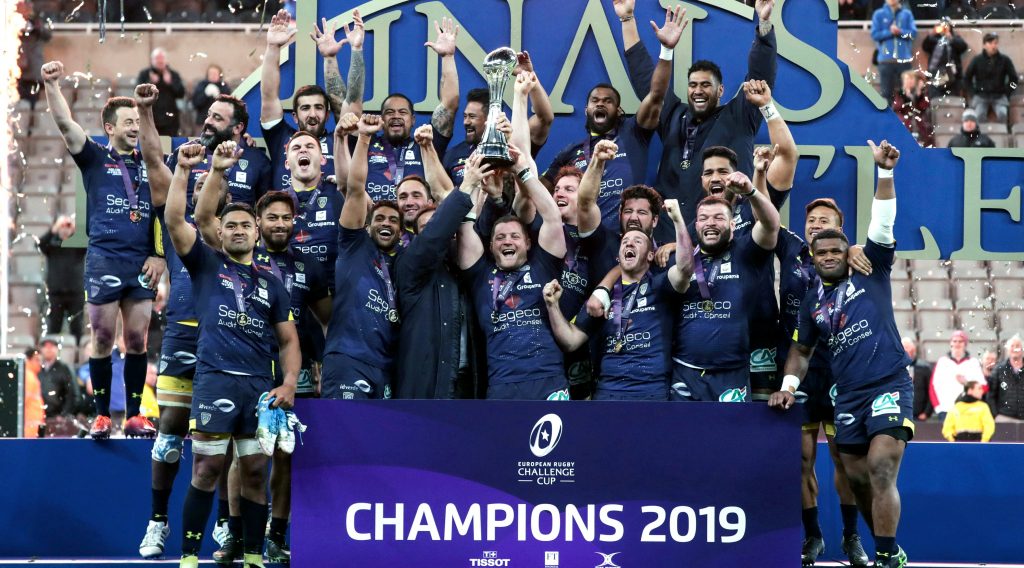 Tries from backs Damian Penaud and Wesley Fofana as well as man of the match Fritz Lee, combined with 18 points from the boot of scrum-half Greig Laidlaw saw ASM Clermont Auvergne overpower TOP 14 rivals La Rochelle, who grabbed their sole try of the night through prop Uini Atonio.

In a free-flowing opening exchange, Penaud almost touched down inside the opening five minutes, collecting a delightful cross-field kick from fly-half Camille Lopez, only to be held back from the whitewash by fellow France international Geoffrey Doumayrou.

Clermont would strike first blood as the La Rochelle defence came under intense scrutiny, bowing to allow captain Morgan Parra to slot the first penalty of the evening, in front of a record crowd at a Challenge Cup final in the UK.

It was to be Parra’s lone act of the evening as he was replaced by Scotland scrum-half Laidlaw before the end of the first quarter, with the latter announcing his arrival in style by doubling the points tally – only for La Rochelle fly-half Ihaia West to halve the deficit two minutes later.

"It might not be the big one, but I'm telling you it feels absolutely incredible!"

After losing in five European finals, Benjamin Kayser finally has a winners medal!

Look how much it means to him 🙌 pic.twitter.com/f9q62WkY9s

As the attritional affair continued to examine defensive capability, the potent Clermont pack paved the way for the first try of the match as Laidlaw switched play to the left flank, where Penaud would hold off West to cross as the two-time winners took a 13-3 lead.

New Zealand half-back West would pull La Rochelle back into contention with a couple of three-pointers either side of the interval to make it a four-point game with 35 minutes to play, but that was as good as it got for the maiden finalists.

Clermont continued to assert their authority on the clash, though, with winger Alivereti Raka – who made 90 metres on the night – winning another penalty from the La Rochelle defence and Laidlaw restored the seven-point lead with ease.

La Rochelle were made to pay for their lack of discipline at the breakdown as Laidlaw added his third penalty of the night, before a Lopez penalty kick into touch established the base for the second Clermont try.

In a textbook move, No.8 Lee was powered over the line by a rampant driving maul, leaving Laidlaw to boost to his points tally with a meticulously judged arching conversion to put Clermont 26-9 up with just 20 minutes to play.

La Rochelle threatened a late fightback as prop Atonio displayed some nimble footwork to spin out of a tackle and crash over the try line, but it was little more than a consolation.

The final gloss on the Clermont victory came 10 minutes from time as centre Fofana seized on a deft Lopez grubber to dot down a third try as Franck Azema’s side added a third European Rugby Challenge Cup to their trophy cabinet.