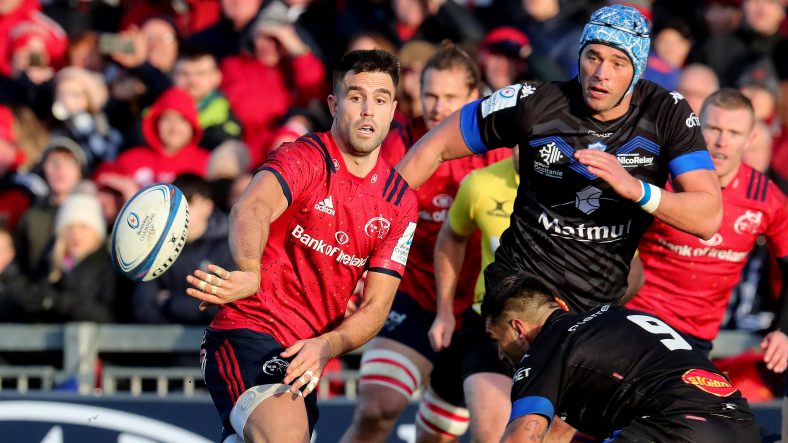 Top 14 winners Castres Olympique will be desperate to end a run of six home matches without victory against Irish opposition in the European Cup when they host Munster Rugby on Saturday. The Heineken Champions Cup Pool 2 clash will be available to watch on BT Sport and beIN SPORTS from 17:30 GMT.

"We're expecting a backlash and that's the challenge we have this week."@ConorMurray_9 looks ahead to Saturday's Champions Cup clash against Castres in the south of France. #COvMUN #SUAF 🔴 pic.twitter.com/s8vPyxP3RI 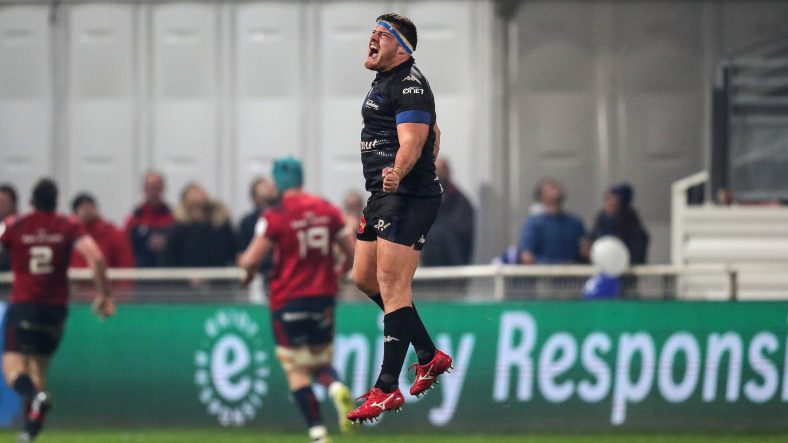 The visitors made a great start as Castres were penalised at the breakdown. Joey Carbery opted for the posts instead of the corner and made no mistake.

Scott Spedding was then caught a fraction late and Wayne Barnes correctly awarded a home penalty. From that, Benjamin Urdapilleta nailed the penalty kick in tricky conditions, which seemed to be the order of Heineken Champions Cup Round 4.

Two minutes after missing a kickable penalty, Joey Carbery had another opportunity from close range and this one split the uprights. Like the first meeting, the opening 20 minutes was a little stop-start with errors throughout due to the driving rain and wind.

Castres then took the lead for the first time – a lead they would keep for the remainder of the match. It took TMO to award the try after the Castres forwards powered towards the line, with Kevin Firmin diving over and Urdapilleta converting.

Munster piled on the pressure before half time that resulted in a deliberate knock on from Rory Kockott who spent the first nine minutes of the second half in the sin bin.

In the second half, Conor Murray tried an ambitious flick between two Castres men but it was deflected clear. Wayne Barnes was playing penalty advantage, though, and Carbery slotted the simple penalty between the sticks.

Three minutes later, Munster collapsed the driving maul, with Niall Scannell heading for the sin bin as a result. Urdapilleta opted for three points instead of a kick to the corner and made no mistake.

A losing bonus-point for Munster in Castres as we hold on to top spot in Pool 2 of the Champions Cup with four rounds played.

Thanks to all of the Munster supporters who travelled over to France! #COvMUN #SUAF 🔴 pic.twitter.com/ZWvld67bif

Carbery hit back yet again with another penalty kick but it was his next effort from the kicking tee that was most important.

With the match poised at 13-12, Andrew Conway collected the ball out wide, beating his man before flicking the ball over the top of the Castres line.

But when collecting his own kick, he just knocked on before touching down. However, Marc-Antoine Rallier – who was given a yellow card – was penalised for a tackle off the ball on Peter O’Mahony and Munster had another chance to take the lead.

Carbery stepped up but could only hook his attempt wide in what was the last scoring opportunity for the Irish province.

Munster travel to face Gloucester Rugby in Round 5, while Castres Olympique will take on Exeter Chiefs.