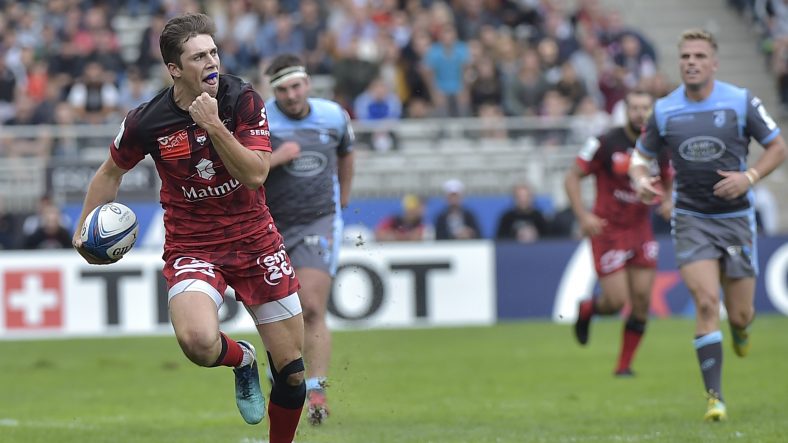 Lyon scrum-half Quentin Delord runs on his way to score a try during the European Rugby Champions Cup between Lyon and Cardiff Blues in Round 1.

Lyon will seek a first victory in the Heineken Champions Cup in their debut season in the competition when they travel to Cardiff Blues on Saturday. The match gets under way at Cardiff Arms Park at 13:00 GMT live on BT Sport and beIN SPORTS.

VIDEO | Owen Lane admits his two tries against Glasgow Warriors was a bittersweet consolation, as Cardiff Blues were edged out by the Scottish outfit at Scotstoun on Sunday. pic.twitter.com/1pT1UVFpj7 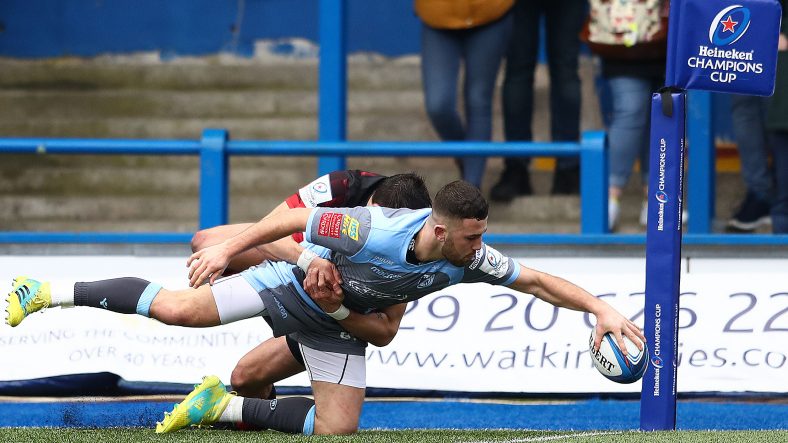 Cardiff Blues secured a superb home and away double over Lyon in the Heineken Champions Cup after their 33-14 triumph at Cardiff Arms Park in Pool 3.

The visitors got the better start through their powerful scrum, leaving referee Karl Dickson no choice but to award a penalty try after three dominant scrums early on.

Blues wing Aled Summerhill got the first of his two tries when he got on the end of a well-worked move through the hands to dot down in the corner. The Welshman’s second was of similar vain, with centre Harri Millard using a two-on-one to their advantage to give Summerhill an easy run in.

The visitors reclaimed the lead before the break after New Zealander Xavier Mignot’s powerful line punctured Blues’ defence but it was all Cardiff in the second half.

Xavier Mignot with the afterburners! 🔥

The Kiwi split the Cardiff Blues defence open in seconds for a brilliant Lyon try! pic.twitter.com/1ob0mCXqFA

Scrum-half Tomos Williams provided a delightful offload to Owen Lane, who sprinted to the line to score Blues’ third try. Then, Williams, who was awarded Heineken Man of the Match by BT Sport’s Martyn Williams, turned from creator to scorer after receiving an offload from Josh Navidi to dive over for the bonus-point try.

Lewis Jones, on his 100th appearance for the region, capped things off for the hosts with their fifth try of the afternoon to end their European campaign on a high.

Tomos Williams spoke to BT Sport post-match: “Second half we tightened up our breakdown to provide us clean ball, which we then used to good effect.

“[On their campaign] Overall, we can be quite pleased and our focus is now to qualify for next year.”