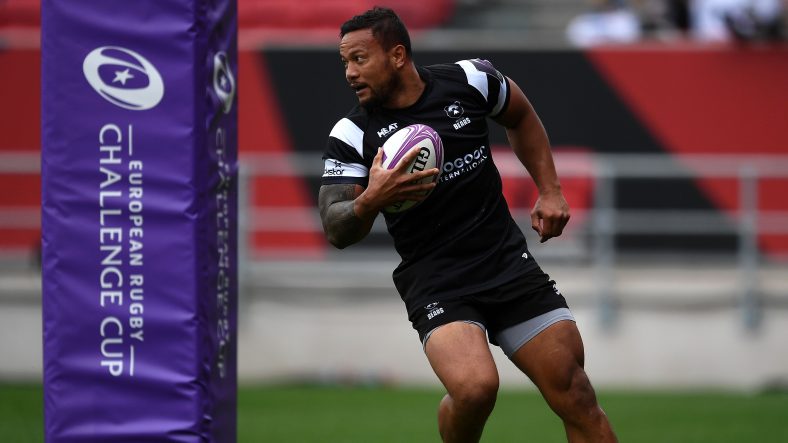 Alapati Leiua of Bristol Bears scores his sides first try during the Challenge Cup match between Bristol Bears and Zebre Rugby at Ashton Gate in Round 1.

Bristol Bears hopes of a European Rugby Challenge Cup quarter-finals place rest on them achieving a bonus-point victory and results going their way, as they host Enisei-STM in the last round of Pool games. The game will get under way at Ashton Gate at 15:00 GMT. 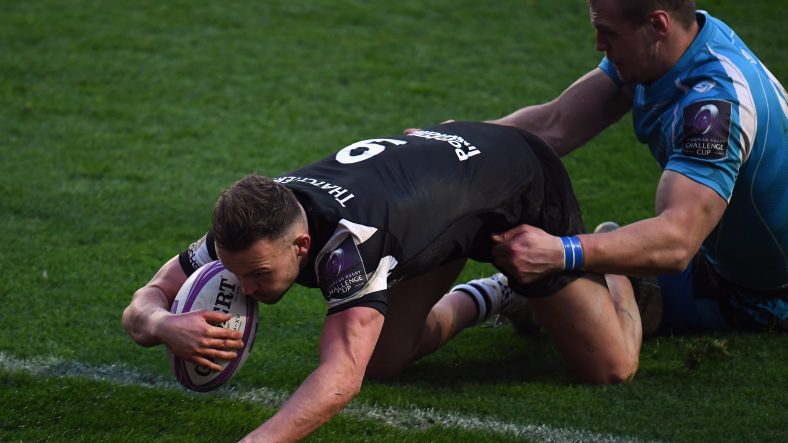 Bristol Bears have made the European Rugby Challenge Cup quarter-finals after a comprehensive 107-19 win over Enisei-STM.

The Russian side’s task was made even harder by the dismissal of their number eight Maxim Gargalic in only the third minute for a high tackle.

Bristol were in the mood to take full advantage of their extra man as they booked a place in the quarter-finals helped by a five-try haul for scrum-half Andy Uren.

Ryan Edwards also helped himself to a hat-trick and there was a brace for fellow winger Tom Pincus during a tide of home attacks.

The Russians were 50-7 down by the interval and the only reward for their efforts were consolation tries by winger Denis Simplikevich, lock Uldis Saulite and replacement Stanislav Selskii.