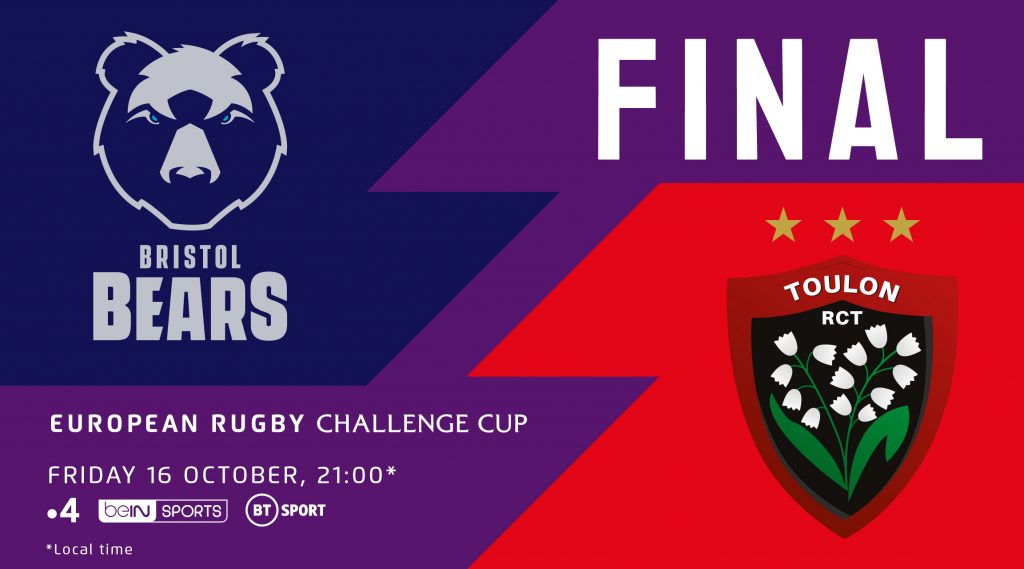 Make sure you watch the Challenge Cup final on Friday night!

We will have a new name on the European Rugby Challenge Cup trophy on Friday night as three-time European Cup winners RC Toulon take on maiden finalists Bristol Bears at Stade Maurice-David in what looks sure to be a gripping final.

Both sides breezed through the pool stages before having to battle in their respective knockout stage clashes. Bristol put 56 points on Dragons in the last eight but were taken to 100 minutes against Bordeaux-Begles, eventually running out 37-20 winners.

RC Toulon on the other hand secured the No.1 seed before coming from 6-0 down to edge out Scarlets 11-6 in the last eight. They would cruise past Leicester Tigers in the semi-finals, coming out 34-19 victors at Stade Mayol.

You can watch Friday night’s Challenge Cup final on FR4, BT Sport and beIN SPORTS from 20:00 (UK and Irish time).

He's a key cog in a fearsome @RCTofficiel side who have won every game leading up to their final against @BristolBears 💪 pic.twitter.com/S6nBuaZeA2 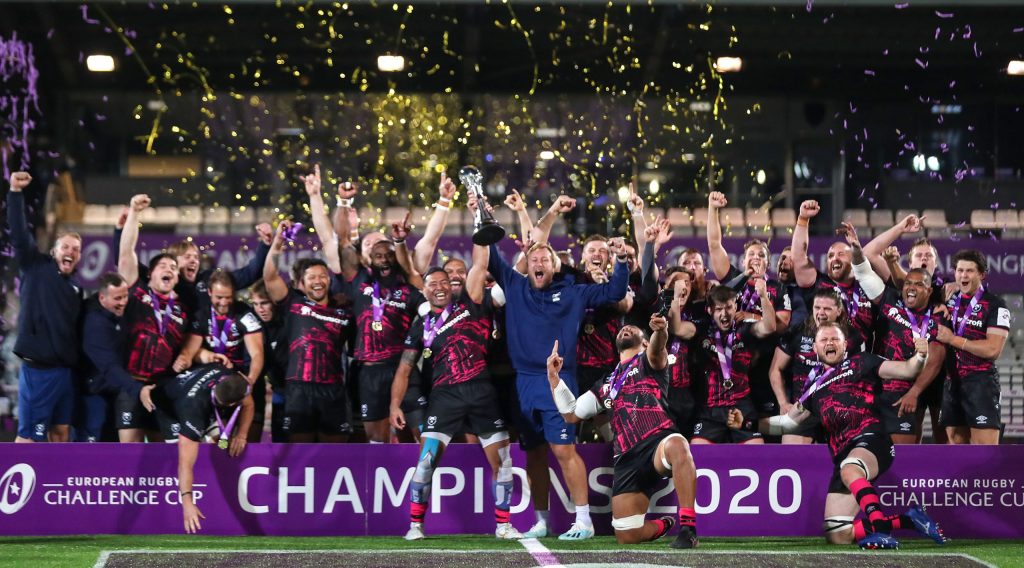 Bristol Bears put in a blistering second half display to secure a 32-19 victory over RC Toulon and clinch a first European Rugby Challenge Cup title on Friday night.

22 points from the boot of fly-half Callum Sheedy and tries from Harry Randall and Max Malins proved enough to see off a Toulon side who led by six at the break.

It was Bristol who made a fantastic start, with Semi Radradra and Siale Piutau combining on the left wing before picking out Randall and he sprinted clear of a stunned Toulon line to dot down inside 15 seconds.

Sheedy made the conversion and extended the lead to 10 with a sideline penalty kick after just four minutes.

It was a careless pass from Bristol that allowed Toulon a way back into the match as they collected and shifted play from the centre to out wide, finding Bryce Heem who sprinted clear and dotted down in the corner.

Louis Carbonel then slotted over to make it 10-10 and despite Bristol having two tries chalked off by the TMO, it was the French side who led by six at the break as their No.10 popped over another pair of three-pointers.

At the start of the second period, the two sides exchanged penalty kicks before Bristol managed to get level with a pair of successful kicks from the tee, making it 19-19 on the hour mark.

A European trophy on the way back to Bristol, what a story, what a team!#ChallengeCupRugby pic.twitter.com/dD8nBKxfdp

But it was a stunning try from Max Malins that would turn the match in the favour of the English side.

He produced a devastating step to get past the Toulon defender with relative ease and had the pace to quicken away from the chasing pack and score in the corner.

Sheedy made the conversion to make it a seven-point game and after nailing back-to-back penalty kicks in the final 10 minutes, that would be enough for Bristol to earn a famous first European success.