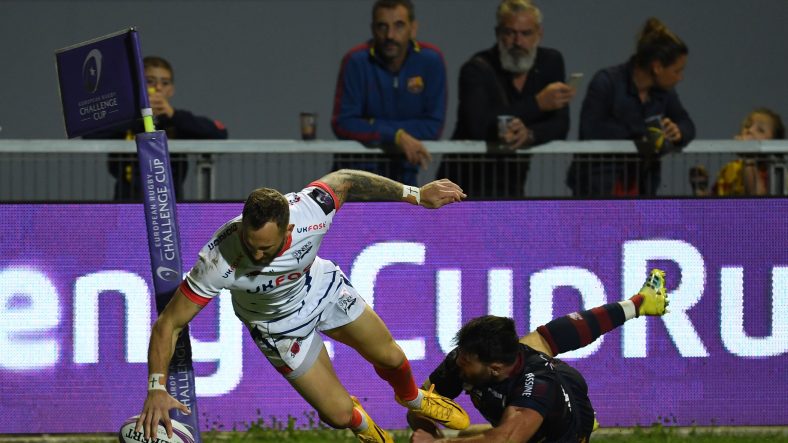 Byron McGuigan scored a hat-trick in Sale Sharks' Round 1 win over Perpignan.

Sale Sharks will attempt to win a fifth straight Challenge Cup match against Connacht Rugby on Saturday when they clash at the AJ Bell Stadium from 15:00 BST.

The English side opened up with a comprehensive 41-24 victory at Perpignan while Connacht enjoyed a 22-10 win over Bordeaux-Begles. 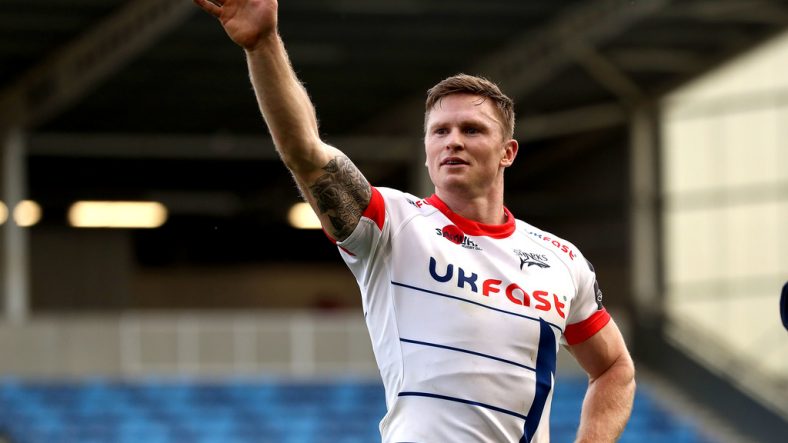 Sale's Chris Ashton celebrates after the victory over Connacht Rugby

Chris Ashton celebrated his competitive debut for Sale Sharks with a hat-trick of tries to help his new club seal a bonus point win and keep them top of Pool 3 in the European Rugby Challenge Cup.

Ashton, who missed the first seven weeks of the season, got off the mark in great style when he romped in from half-way and Francois de Klerk’s conversion made it 13-13 at the break.

36' Sale defending inside their half. Wilkinson rips the ball in the tackle and sends play wide through the backs. Chris Ashton has it all to do from halfway but wins the foot race down the wing to score on his debut! #SALvCON [11-13]

The home side dominated the second period though as lock forward Josh Beaumont went over and three minutes later Ashton added his second.

Then with 15 minutes remaining, Ashton completed a memorable week, following his England squad call-up, as he notched his hat-trick after Sale’s Paul Boyle was given a yellow card for tackling a player without the ball.

Connacht had started the game well when hooker Shane Delahunt crossed on the half-hour after great work from the pack and fly-half Conor Fitzgerald converted to add to two early penalties on his debut.

Caolin Blade says it's "an absolute honour" to captain his province today but the result is disappointing pic.twitter.com/bShHGei5v1

It completed a shaky start for Sale who had de Klerk sin-binned in the opening minutes for a deliberate knock-on but Ashton then turned the game on its head.

Sale’s next assignment is at Bordeaux Begles in round three on December 8 while Connacht bid to bounce back the same day at home to Perpignan.