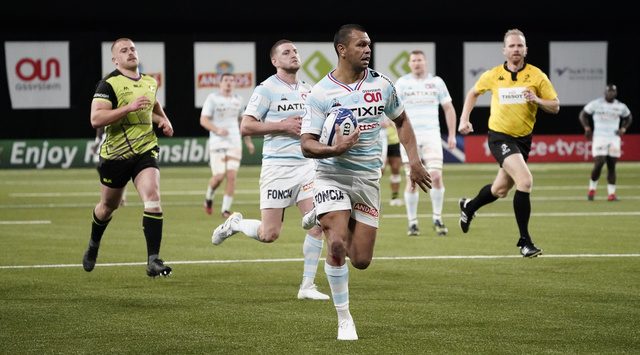 Racing 92 host Edinburgh Rugby in the Round of 16

2019/20 Heineken Champions Cup runners-up Racing 92 face-off against Edinburgh Rugby in the Round of 16 at Paris La Défense Arena on Sunday afternoon.

Racing 92 are eyeing a first European title in 2021 after falling just short last season and will be buoyed by their performances in the competition so far this season. The TOP 14 title challengers squeaked past Connacht Rugby in round one (26-22) before producing a scintillating display against Harlequins (49-7).

Guinness PRO14 outfit Edinburgh will be eager to use the experience they have earned in two closely-contested pool fixtures to prepare for the knockout stages. A 13-8 defeat to La Rochelle was followed by a one-point win over Sale Sharks (16-15).

The action begins at 12:30 (British and Irish time) and will air on BT Sport in the United Kingdom and beIN SPORTS in France.

Who will come out on top when they meet @EdinburghRugby in the Round of 16? 👀

Richard Cockerill (Edinburgh Rugby): “It’s obviously a tough draw, but if you’re in that company, you’re always going to get a tough draw. We’re really looking forward to it. As a team and as a group, we’ve never been to their new stadium (Paris La Défense Arena). They’ve got a fantastic squad, full of rugby’s Galácticos and we look forward to having a fit and available squad and going there and giving it our best shot.” 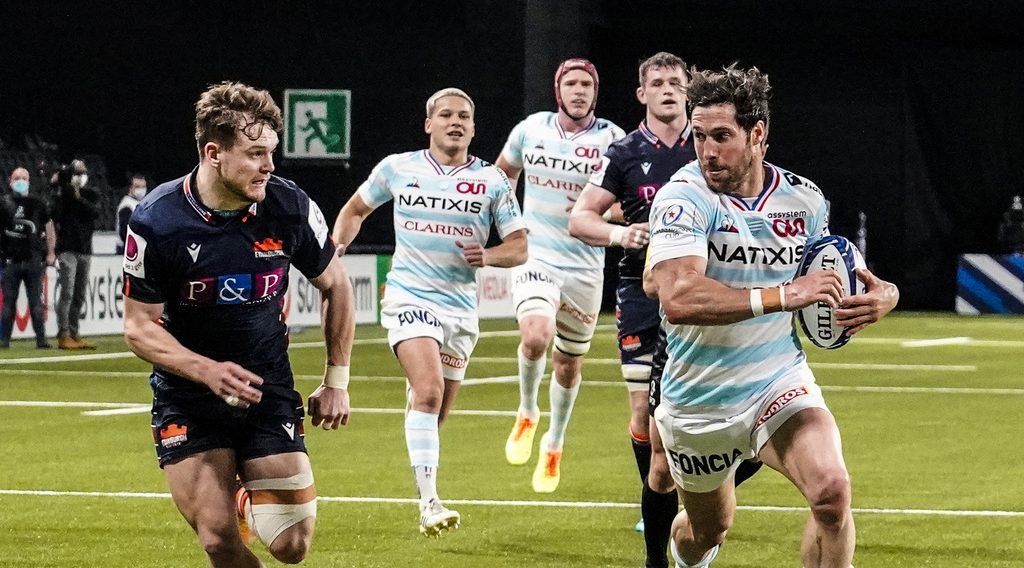 Racing 92 put in a stunning display of attacking rugby to defeat Edinburgh Rugby 56-3 and secure a spot in the Heineken Champions Cup quarter-finals on Sunday afternoon.

The Parisians ran in seven tries at the Paris La Defense Arena and proved much too strong for the Scottish outfit who were under pressure for most of the contest.

It actually took until the 26th minute for Racing to get over the try line, with the sides locked at 3-3 until that point with Blair Kinghorn and Maxime Machenaud trading three pointers.

The try came from an Edinburgh line-out that broke down, with Camille Chat collecting and inching within five metres of the line. After a few more powerful phases, Chat was handed the ball again and scored at the posts.

The second came just before the break as Virmi Vikatawa, Jordan Joseph, Louis Dupichot and finally Machenaud who combined for a stunning score.

Steal the Edinburgh lineout and off go Racing 92! ⚡️

Simon Zebo, Virimi Vakatawa and Jordan Joseph all involved in the build up.

That meant the hosts led by 17 at the break, but they were far from finished for the afternoon.

Racing again took 25 minutes to score the first try of the half, with Joseph this time bulldozing over the whitewash.

Tries soon flowed after with Guram Gogichashvili crossing before Teddy Thomas grabbed a brace and Henry Chavancy rounded off the points.