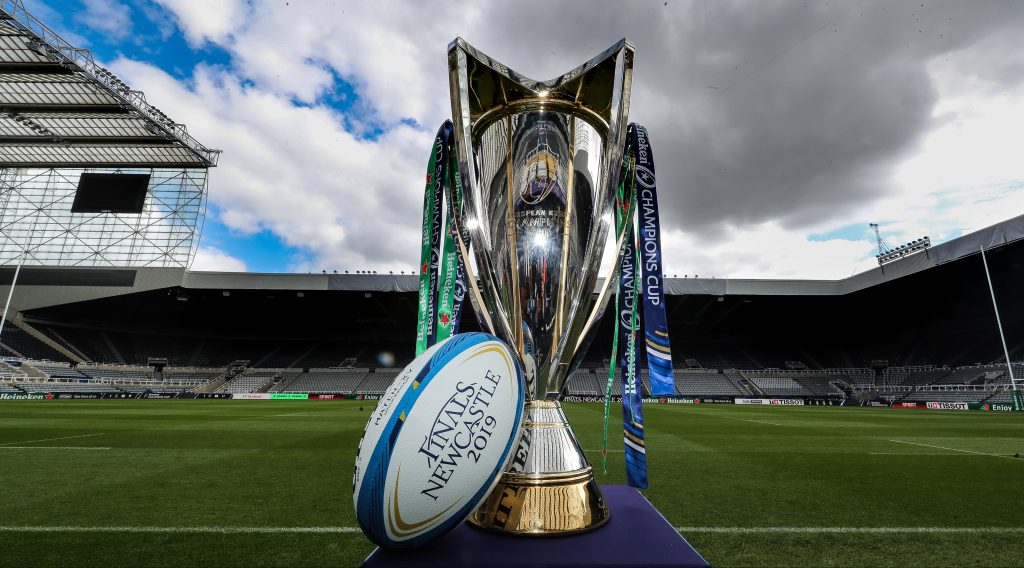 The Irish province are chasing a record-breaking fifth European crown, while Saracens will be looking to get their hands on the trophy for a third time in four seasons.

The English club claimed a place in the showpiece final with a 32-16 semi-final win over Munster Rugby in Coventry, while Leinster swept aside fellow four-time winners Toulouse 30-12 in Dublin.

You can watch live, free-to-air coverage on Channel 4 and Virgin Media, and there is further live coverage on BT Sport, beIN SPORTS and FR2.

"It’s almost going to be like an international game" @henshawrob💬

British & Irish Lions, world-beaters, International stars 👉 This #Heineken #ChampionsCup Final has all the quality of a Test Match ✨

Who has MORE X-factor? 🔥 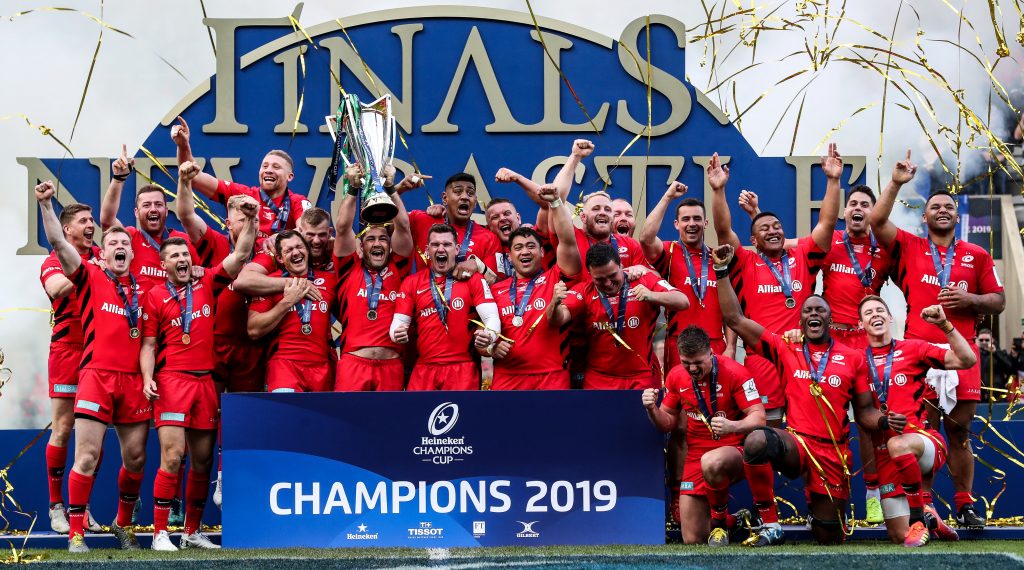 Saracens became the first English club to win the Heineken Champions Cup on three occasions after a 20-10 victory over Leinster Rugby at St. James Park in Newcastle on Saturday.

The English side made history in front of a capacity crowd thanks to tries from wing Sean Maitland and No.8 Billy Vunipola as well as 10 points from the boot of fly-half Owen Farrell in what was a classic Heineken Champions Cup final encounter between two European heavyweights.

As the smoke of the pre-match firework display settled, the explosive nature of the titanic clash ensued with no quarter given by either defence, but Leinster edged the ferocious opening salvo courtesy of the unwavering boot of fly-half Johnny Sexton, who settled any nerves with his first three–pointer.

Saracens responded well to going behind, but were unable to grab their first points despite a prolonged period in the Leinster 22, eventually being penalised at the breakdown, offering the Irish province a moment of relief in a bruising encounter.

Saracens hit back with a bang! 💥

A superb try finished off by Sean Maitland and we're level heading into half-time!#ChampionsCup pic.twitter.com/t8QjYNHG8k

Leinster, though, were less wasteful in the opposition 22 as the intense scrutiny turned to the Saracens defence, which bowed under pressure as flanker Maro Itoje was singled out by referee Jerome Garces and shown a yellow card as a result.

Despite holding off a potent Leinster scrum, the numerical advantage eventually paid off for the men in blue as prop Furlong burrowed over the whitewash to claim the opening try of a classic continental clash.

Saracens refused to relent though and after Farrell kicked a penalty to make the score 10-3, the English side bagged their first try to go in level at the interval.

It was wing Maitland who raced over following a series of phases on the Leinster try line, leaving Farrell to level the scores at 10-10 with a well-calculated conversion from the left flank.

"Heroes all over the field!"

Saracens continued to engineer an advantage in the tactical duel as their stoic defensive effort repelled a promising Leinster attack in superb fashion shortly after the restart to claim another minor battle en route to winning the war.

Farrell would then ensure their ascendancy was reflected on the scoreboard on the hour, bisecting the uprights with a straightforward penalty after back-row Scott Fardy become the second man to occupy the sin bin.

Saracens maintained their residency in the Leinster 22 and successive scrums paved the way for a rampaging Vunipola to force his way onto the scoreboard by using the full stretch of his arms to dot down and Farrell’s second conversion opened a 10-point margin between the sides with 10 minutes to play.

Leinster could seldom break out of their own half as Saracens continued to thrust forward with wave after wave of line pressure before they all fell to their knees with arms aloft in celebration as they won Europe’s elite club competition for the third time.