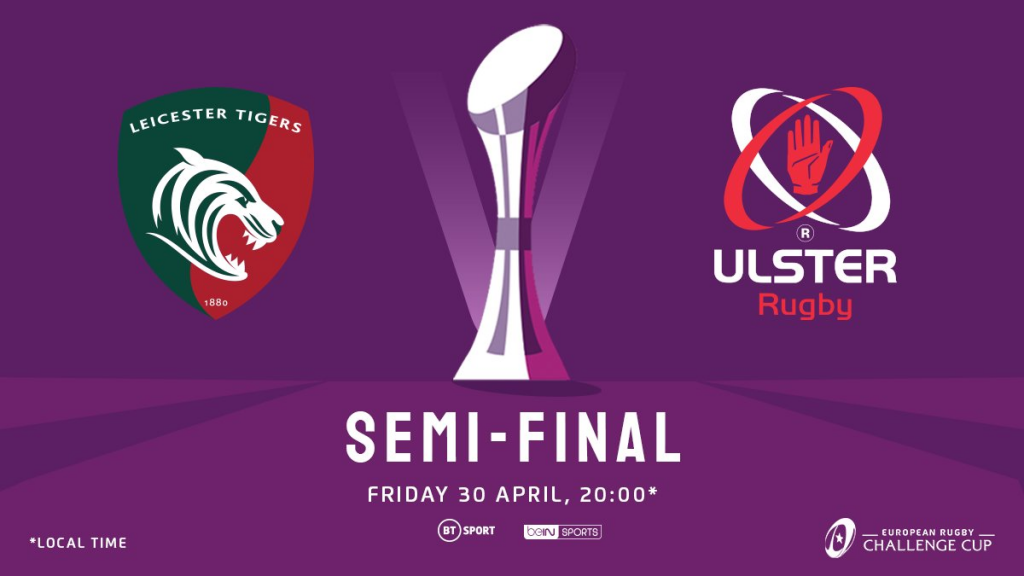 A first European Rugby Challenge Cup final will be at stake for both Leicester Tigers and Ulster Rugby when they clash in the semi-finals of the competition on Friday.

Though both sides have lifted the European Cup, neither have reached the final of the Challenge Cup and will be keen to add a new piece of silverware to their respective collections.

Leicester come into the game off the back of a commanding 39-15 quarter-final win over Newcastle Falcons, while Ulster overcame Northampton Saints 35-27 to reach the last four.

The semi-final will be a first Challenge Cup meeting between the two clubs, but their most recent encounter – a Heineken Champions Cup pool stage fixture in 2019 – saw Ulster fight back from 13 points down to win 14-13.

The action at Mattioli Woods Welford Road gets under way at 20:00 British and Irish time and is available to watch live on BT Sport in the United Kingdom, and beINSPORTS and Sky Italia elsewhere in Europe.

The sides have never met in the European Rugby Challenge Cup

Steve Borthwick (Leicester Tigers): “When you have a group of players who give their all and are as committed as they are, and they win and think they can be better, it’s not a bad place; it’s pretty positive. It’s a great group of players there who want to do the work.”

Dan McFarland (Ulster Rugby): “It’s interesting that we’ve had three English opponents and they’ve all been away from home. The travelling makes it more different from the physical side of things, but it focuses the mind a bit more on the task in hand. It adds a challenge to it which is quite exciting and if you are going to do it the hard way, you can utilise that.” 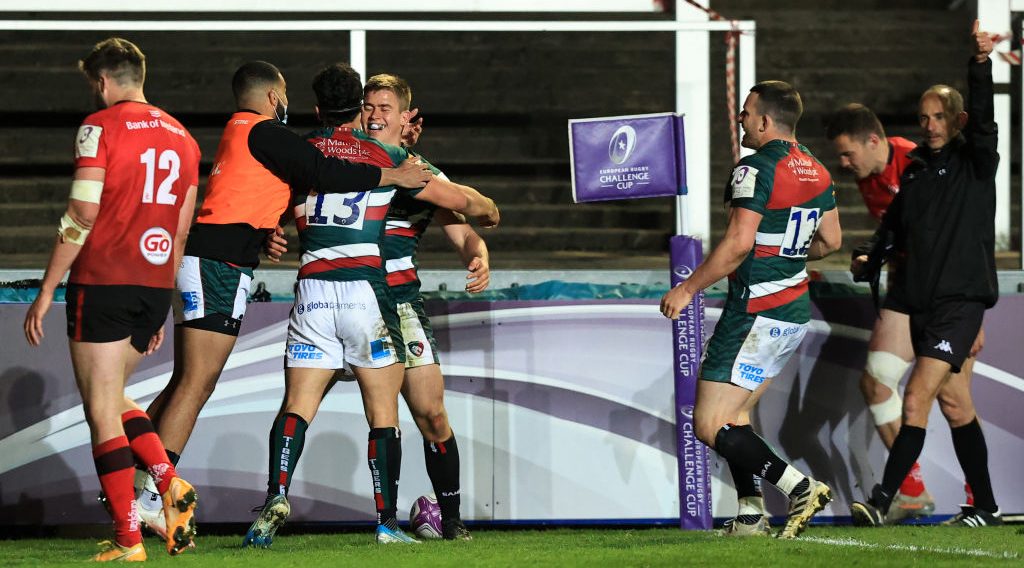 Leicester Tigers put in a superb second half display to hit back from 11 points down and defeat Ulster Rugby 33-24 at Mattioli Woods Welford Road to secure a spot in the European Rugby Challenge Cup final later this month at Twickenham.

The Irish province looked well in control for the opening 40 minutes and scored the opening two tries, but it was an inspired Leicester side that came out in the second period and overturned the deficit to clinch a first European final since 2009.

Leicester took the lead on eight minutes, after Tissot Man of the Match George Ford missed a long-range effort he made no mistake second time around, slotting over after referee Pascal Gauzere penalised Ulster for straying offside.

John Cooney then nudged level from the kicking tee before Robert Baloucoune thought he had crossed for the opening try but a knock-on in the build-up ruled out that try.

However, the visitors wouldn’t have to wait much longer as with Leicester a man light due to a Tom Youngs yellow card, Iain Henderson powered over for the opening score close to the posts.

21' | TRY! Ulster get an overlap and Billy Burns sneaks through!

Cooney makes no mistake with the conversion.

Ford cut the gap to four points from the kicking tee but the Ulster dominance continued shortly after as they crossed for a second time.

It came from some neat play working the overlap and in the end Billy Burns had the freedom of Leicester to pick a gap and dive over the try line.

The hosts started the second period much brighter of the two sides and crossed for their opening try when Nemani Nadolo beat a tackle or two before working the overlap and finding No.8 Jasper Wiese who cut back inside and had enough in the tank to power over.

Ford then slotted a simple penalty kick to make it a one-point game before Leicester hit the front for the first time after a remarkable opening 15 minutes to the second half.

It was Ellis Genge who scored the try after Leicester thought the chance had briefly gone out wide, before working play back to the left and finding the prop who had enough strength to power over the whitewash.

Ford nailed a tricky sideline conversion to put the hosts six ahead and that became a nine-point lead when he then slotted a nerveless drop goal from just outside the opposition 22.

Ulster would hit back after a lovely inside pass released Nick Timoney to sprint clear with his green scrum cap darting towards the line. Kini Murimurivalu attempted to stop the No.8 but could only trip him up before Timoney crossed the whitewash.

Leicester then wrapped up victory through Guy Porter who scored in the corner after Leicester again split the Ulster line with a string of neat offloads and powerful carries.

They will find out their Challenge Cup final opponents on Saturday evening when Bath Rugby take on Montpellier at The Rec.