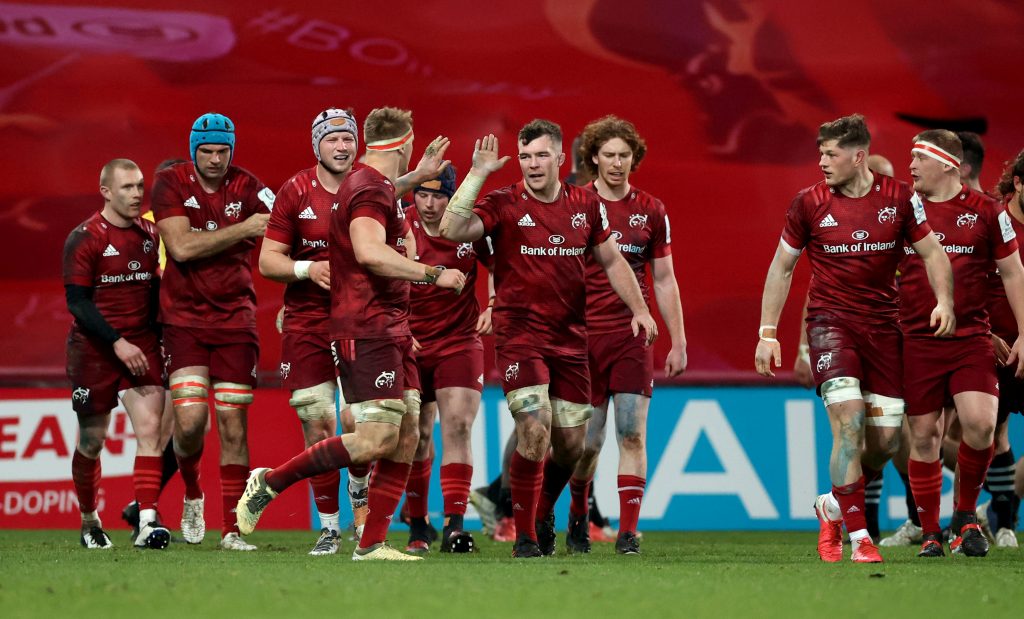 Munster Rugby scored two second half tries to secure a 21-7 Heineken Champions Cup win over Harlequins and get their European campaign off to the perfect start.

A penalty try as well as a late score from Gavin Coombes was enough for the Irish province, with both sides struggling in tricky conditions at Thomond Park.

The first half was an attritional affair, with the first points coming on 15 minutes after penalty advantage was being played for Munster but came to nothing so JJ Hanrahan would sweep over the first three-pointer.

Harlequins did have chances to level and even take the lead from the kicking tee, but Marcus Smith nudged both efforts wide left of the posts.

After them missed efforts, Munster instead went six ahead after a Hanrahan kick was swinging towards the right-hand post but just ducked inside.

That was how the score looked at the break, but Munster soon edged further clear and grabbed the first try.

It was from a driving maul heading for the try line that was brought down illegally by Will Evans, who headed to the sin bin as a result.

Ben Healy has one hell of a boot on him 😮

Slotted this one from deep in his own half and had plenty of room to spare!

No fuss, just get that ball over the bar, right @davidflatman?#HeinekenChampionsCup pic.twitter.com/LTAxOvNXhf

Harlequins would not lie down and moved back within six points on 57 minutes, after a fantastic pass from Danny Care out wide to Cadan Murley allowed the wing to swivel past Andrew Conway and manage to dot down, with the conversion landed by Smith.

Ben Healy kicked a long-range effort to put Munster nine ahead before the Irish province sealed the deal with eight minutes to play.

Back-row Gavin Coombes claimed the score after a bruising driving maul and a powerful leg drive that saw the points stay in Limerick.

Munster travel to ASM Clermont Auvergne in Round 2, while Harlequins host Racing 92.