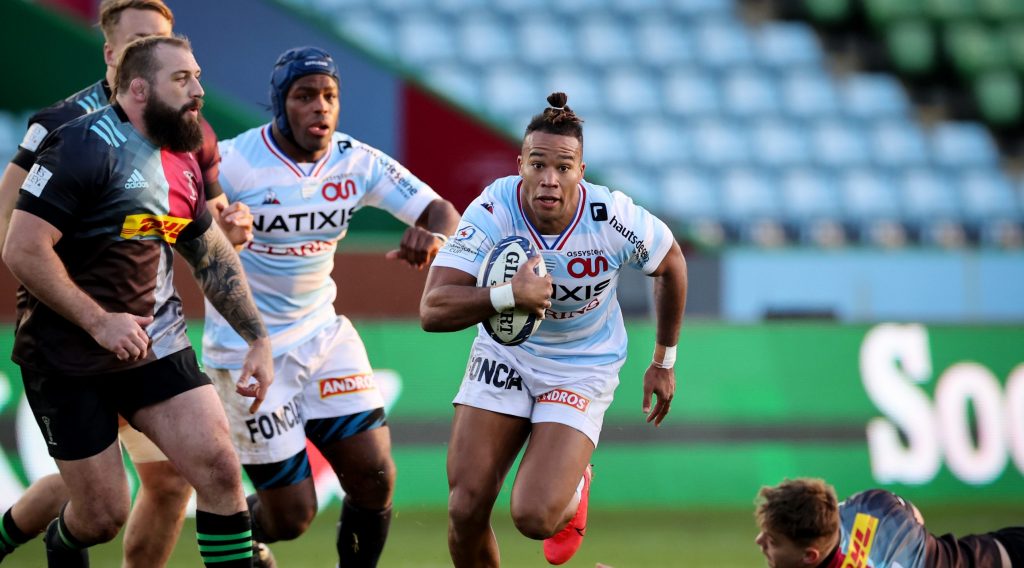 Racing 92 ran in seven tries as they proved much too good for Harlequins at Twickenham Stoop on Sunday afternoon.

The Parisians dominated proceedings from an early stage, rattling off the first of a septet of tries inside five minutes, with Maxime Machenaud finding Teddy Thomas from the sideline and he did the rest, stepping past Cadan Murley before gliding past Mike Brown and dotting down.

Harlequins’ lack of discipline was proving costly as consecutive penalties left Racing five metres out, and from the driving maul, they were halted initially but started to move and finally bulldozed over, with Kevin Le Guen the man to dive across the whitewash.

Successful Machenaud penalty kicks either side of that try left Racing 20-0 up at the break and extended that lead straight after the interval.

It was a well-worked move from Simon Zebo to Donovan Taofifenua and back to Zebo for the third try and the bonus point was in the bag soon after.

Racing 92 are a threat all over the field! 🔥

It was Georges-Henri Colombe who dived over and just did enough to cross the whitewash, despite losing the ball after dotting down.

Racing still had time for three more tries, with the first set up by Finn Russell, who he chipped one into space for Donovan Taofifenua who could collect, swivel around the tackler and dot down.

Scott Steele would grab a consolation score for the hosts but Teddy Baubigny and Francois Trinh-Duc both barrelled over for the visitors to put further gloss on an eye-catching success for the Parisians.

The two sides will clash again in Paris in Round 3.