All to play for at DHL Stadium 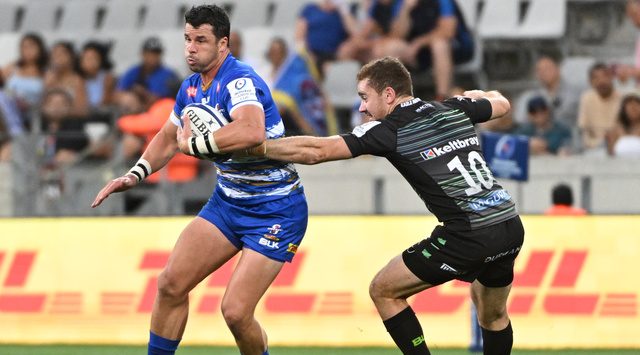 It’s all to play for at the DHL Stadium in Cape Town on Saturday, when DHL Stormers welcome ASM Clermont Auvergne in Round 4 of the Heineken Champions Cup.

The Stormers have lost only one of their three matches in the competition so far this season to lie fourth in Pool B – but that was to Clermont, 24-14, in the reverse fixture last month.

However, the hosts have the benefit of a terrific 28-14 win at London Irish in Round 3, when Clermont crashed 29-44 at home to Leicester Tigers to slip to eighth, the last qualification place in the pool.

The match kicks off at 7.30pm local time, and can be seen on SuperSport, beIN SPORTS, BT Sport and FloRugby.

DHL Stormers head coach John Dobson: “We are looking forward to playing in our conditions and hopefully we can get the point we need. For us, it is a privilege to be playing in this competition. We just want to go as far as we can.” 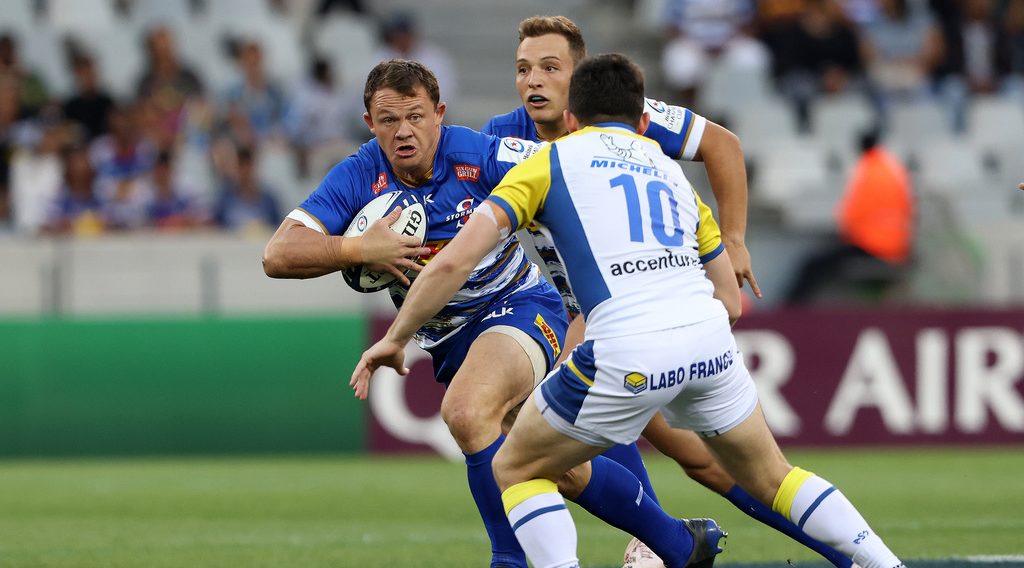 DHL Stormers booked a home tie in the Heineken Champions Cup Round of 16 as they grinded out a 30-16 win over ASM Clermont Auvergne in Cape Town on Saturday.

Clermont led for much of the first 45 minutes thanks to Anthony Belleau’s three penalties, but were undone following the fly-half’s yellow card, Bautista Delguy crossing for their solitary try.

It was a turgid first half at the DHL Stadium, with neither side able sustain any meaningful pressure – DHL Stormers flanker Fourie was a key figure at the breakdown, as was Clermont counterpart Alexandre Fischer as turnovers regularly halted any attacking progress.

You can't take your eyes off this @THESTORMERS team for a second! 👁👁

Suleiman Hartzenberg breaks down the wing. He loses his shorts but keeps his composure to offload to Herschel Jantjies who provides a superb finish in the corner 👏👏👏#HeinekenChampionsCup pic.twitter.com/cWh0XK0MY5

But the hosts would half the deficit moments before the break as fly-half Wolhuter, who was off target from range early in the game, nudged over the posts from halfway.

DHL Stormers drew level shortly after the restart as Wolhuter hit the target from the tee again, but Belleau struck an instant response for Clermont after more good work from Fischer.

However, Belleau was then shown yellow on 46 minutes as he was penalised for a deliberate knock-on, and it proved the turning point as DHL Stormers took full advantage of their extra body.

The DHL Stadium is 𝐑𝐎𝐂𝐊𝐈𝐍𝐆 🎸🥁🎷

And a third score came before Clermont were back to their full complement, centre du Plessis producing a tremendous turn of pace to glide over after a smart offload from hooker Joseph Dweba.

Wing Delguy then hit back for Clermont as he raced clear from inside his own half with an hour played, but DHL Stormers secured the bonus point seconds later as Fourie dotted down amid a driving maul.

Replacement centre Sacha Mngomezulu was yellow-carded for a high tackle late on in a minor blemish on DHL Stormers’ evening, but the South African side will march into the knockout stage in their maiden Heineken Champions Cup campaign.