PREVIEW: Can Sam be the man for Edinburgh? 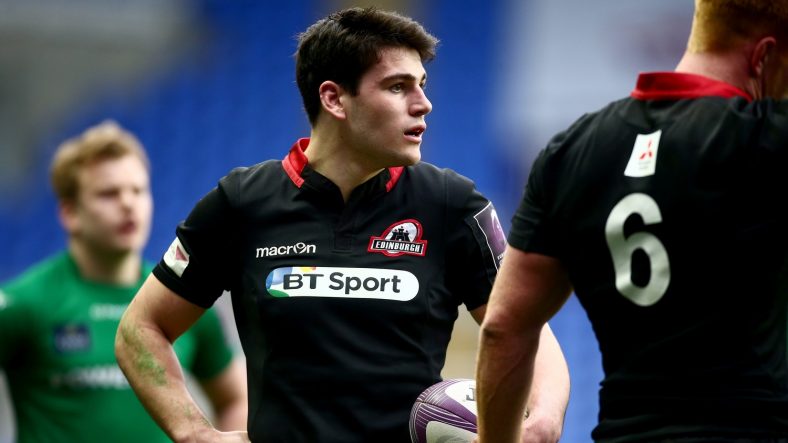 Sam Hidalgo-Clyne has lit up Scottish rugby this season and spearheaded the Edinburgh Rugby march to their first European Rugby Challenge Cup final.

Three Heineken Man of the Match awards, and a club European record 28 point haul against Bordeaux-Begles at Murrayfield, have showcased his talent this season and he is set to be a key man in their Edinburgh’s push for an historic first professional rugby title at Twickenham Stoop.

As his side’s main player maker and goalkicker he is bound to be a target for Gloucester Rugby’s players on Friday night and the west country club’s director of rugby, David Humphreys, is obviously a fan.

“Sam has become one of the superstars of the game. When you look at how he has performed for Edinburgh in Europe this season he has been outstanding,” said Humphreys.

But while the Gloucester back row will be on red alert in the final so, too, will be the Edinburgh side as they try to contain their former team mate Greig Laidlaw. The Scotland skipper has been hugely influential for the Kingsholm team since switching allegiance last summer.

With half-back partner James Hook, and front row recruits John Afoa and Richard Hibbard, he has been able to steer Gloucester into the final without losing. In the final they will attempt to do what Peter Buxton’s side of 2006 did and go the full nine games unbeaten.

Gloucester’s best form has been saved for Europe this season and the tournament is their only lifeline into next seasons Champions Cup. Win it, and they will go into the play-off for the 20th place, something their meagre ninth place in the Premiership won’t offer them.

That will give them extra incentive on the night, although Edinburgh will come into the game with great momentum having demolished Zebre and the Dragons in their last two games. Their added incentive is to become the first Scottish team to win a major trophy – and to beat Glasgow Warriors to the punch!

The big battle is going to be in the front five, where both teams have established sound reputations. Gloucester have the best scrum stats in the Premiership for getting the ball back into play, while the introduction of Aussie-born lock Ben Toolis has added power and agility to the Edinburgh pack. Whoever gets on top at scrum time will have a clear advantage.

Richard Hibbard v Ross Ford at hooker will be a key battle, as will the one between Alasdair Dickinson and John Afoa at prop. The Edinburgh back row will have to deal with Matt Kvesic, the tournament’s turn-over king, at the breakdown and if they can stop him from being as effective and influential as usual then it will do them a lot of good.

“We know we are going to play against a highly motivated Edinburgh side and will need to play at our very best to win. We need our international players to stand up and give us international class performances,” added Humphreys.

The last time Gloucester reached the Challenge Cup final they needed extra-time to overcome London Irish. That was nine years ago and their last trophy came in 2011 when they won the Anglo-Welsh Cup.

Edinburgh have yet to win a trophy in the professional era, other than the 1872 Cup played for annually between themselves and arch-rivals Glasgow Warriors, and one of the big questions for them to answer at the Twickenham Stoop will be how will they cope with the pressure of the major occasion.

When they met in the European Cup pool stages last season they ended up with an away win each. Who will be the winner on the road this time with a major trophy at stake? It’s too tight to call! 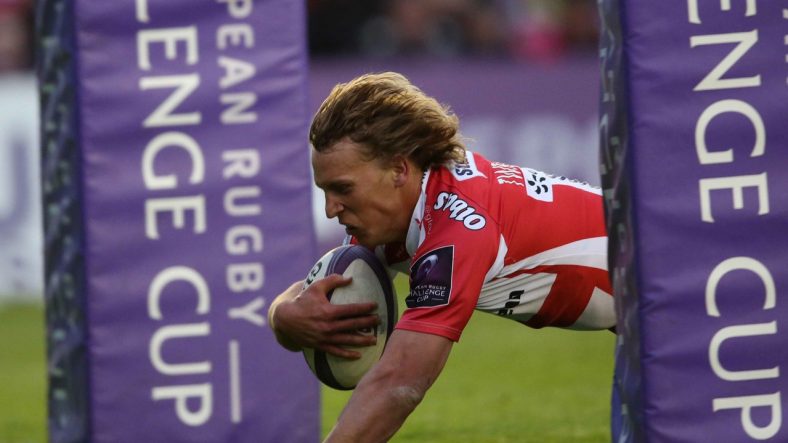 Billy Twelvetrees inspired his Gloucester Rugby side to end a nine year wait for a second European title as he scored a first-half try to send them on their way to a 19-13 victory over Edinburgh Rugby. - 01/05/2015 20:39

Billy Twelvetrees inspired his Gloucester Rugby side to end a nine year wait for a second European title as he scored a first-half try to send them on their way to a 19-13 victory over Edinburgh Rugby.

But what could have been a much easier ride for the Aviva Premiership side turned into an unnecessary nail-biter in the second half as Ross Moriarty was sent to the sin-bin for a knee in the back of an Edinburgh forward at a ruck and then centre Billy Meakes was sent off for a late and high tackle on Sam Beard.

It meant that Gloucester were down to 13 men for almost two minutes and in that time Ross Ford grabbed a try back for Edinburgh to put them in with a shout of closing what had developed into a 13 point gap.

Meakes is the fourth player to be sent off in a Challenge Cup final following on from Bath skipper Danny Grewcock against Wasps in 2003 and Montferrand centre Raphael Chanal in 2004 against Harlequins for two yellow cards. Bourgoin replacement Thomas Genevois also saw red against Northampton Saints at the Twickenham Stoop in 2009.

Twelvetrees struck in the 11th minute of a helter-skelter opening quarter to give his side the confidence to go on and match the success of Peter Buxton’s Gloucester side of 2006 in not only wining the Challenge Cup, but also going through the tournament unbeaten with nine successive victories.

It was Edinburgh’s first final in their history and a third minute penalty from scrum half Sam Hidalgo-Clyne settled their nerves. But after that they spent much of the first-half on the back foot as Gloucester’s England wing duo of Charlie Sharples and Jonny May ran everything back at Edinburgh and made huge ground.

It was a May break that led to the try for his skipper, who was on his inside at the right time to race the length of the 22 to score a try which Greig Laidlaw converted. Laidlaw had earlier replied to opposite number Hidalo-Clyne’s and his second success made it 10-3.

A second run by May, this time over 70 metres, was halted by a desperate diving ankle tap by No 8 Cornel du Preez, but then Edinburgh lock Anton Bresler went to the sin-bin for killing the ball and his side were really under the cosh.

Quite how the Scottish side survived the 10 minutes without conceding a bucket load of points was difficult to fathom, but Hidalgo-Clyne knocked over a second penalty to cut the gap to four points before Laidlaw hit the mark again to make it 6-13 at the break.

Laidlaw put the boot into his old team mates at the start of the second half and two more penalties stretched the gap to 13 points before ill-discipline took over in the Gloucester side. Moriarty saw yellow on 56 minutes and then Meakes was issued a red on the word of the TMO, Eric Gauzin, in the 64th.

Edinburgh smelt blood and Ford drove over at the posts for a try which was converted to make it a thoroughly uncomfortable final 14 minutes for Gloucester. The PRO12 side pushed for the winning score, but Gloucester’s defence held firm and the game ended with Laidlaw shooting for the posts with the final kick – and missing.

It didn’t matter, however, as the ball went dead and Msr Garces blew for full time. Gloucester are the Challenge Cup champions for the second time and will now go into the play-off against a PRO12 team to battle for a place in next season’s Champions Cup.