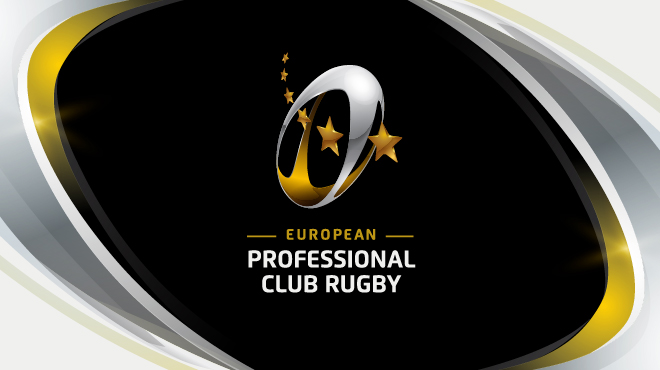 NEC Harlequins are in the Heineken Cup next season after a stunning last-second victory over French club Montferrand at Reading’s Madejski Stadium.

Quins replacement Simon Keogh ensured the Parker Pen Challenge Cup spent the off-season at the Stoop when he scored with the last touch of the game. Another replacement Andy Dunne slotted the simple conversion to give Quins a one-point victory.
‘It’s fantastic,’ an exhausted Quins skipper Andre Vos said after the match.

‘The guys gave it everything – they tackled hard and ran hard – and we got a magnificent try in the final minute. Fair play to Simon Keogh – he’s been doing things like that all season.’

Harlequins soaked up a lot of early pressure from the French club, who were made to pay for their lack of finishing when Paul Burke opened the game’s scoring with a 12th-minute penalty goal.
Montferrand’s Anthony Floch replied from point-blank range before team-mate Sebastien Kuzbik gifted Quins a try.

Burke put a speculative kick into Kuzbik’s corner, but the winger couldn’t control it, instead flicking it up nicely to Quins fullback Gavin Duffy for a crucial try.

Montferrand hit back through hooker Olivier Azam, who dived over a ruck on the Quins line to score on the post. Floch’s conversion gave his side the lead for the first time in the match, but the French had barely stopped applauding when their side’s infamous ill-discipline reared its ugly head.

Backrower Mark Raynaud came flying into a ruck from the wrong side and Welsh referee Nigel Williams reached for his pocket.
Montferrand ignored the one-man deficit to extend their lead through a superb long-range dropped goal to fly-half Gerald Merceron, before Burke edged Quins ahead with successive penalty goals.

The topsy-turvy nature of the match continued as Floch slotted an angled penalty goal to give his side a 16-14 lead at halftime.
Burke opened the second-half scoring with another three-pointer, and Quins caught a lucky break when a Kuzbik ‘try’ in the corner was disallowed because of a forward pass in the buildup, and Floch missed a shot at goal he would normally have converted.

Montferrand kept the pressure on the Quins line and were rewarded when international scrum-half Pierre Mignoni burrowed over from close range. Floch made up for his earlier miss with a superb touchline conversion.

Burke had a chance to narrow the margin to three points but his relatively simply penalty-goal attempt drifted wide as nerves began to affect the match. He was given another chance when Montferrand centre Raphael Chanal was binned for punching, and made no mistake as the match entered its final quarter.

Floch replied with his third penalty goal as the kicking duel continued, but Quins winger Ugo Monye had the chance to bust the game wide open when he received the ball in space 40 metres from the Montferrand line.

The England Sevens star can run 100m in 10.4sec but French winger Aurelien Rougerie timed his tackle beautifully to throw him over the sideline metres short of Monye’s target.

Quins coach Mark Evans rolled the dice in the 73rd minute by sending on his replacements, including England hero Jason Leonard in his 290th and last game for the club.

Merceron and replacement Sebastien Viars had chances to give their side a match-winning nine-point lead in the dying minutes, but both their dropped-goal attempts failed to find the mark.
With 69 seconds left on the clock, Chanal was red-carded for throwing punches at a ruck and Quins marched up the field for a last-ditch attack.

The ball was thrown wide to Monye, who made valuable yards before delivering an inside pass to Keogh, whose angle and timing gave him a clear run to the posts.