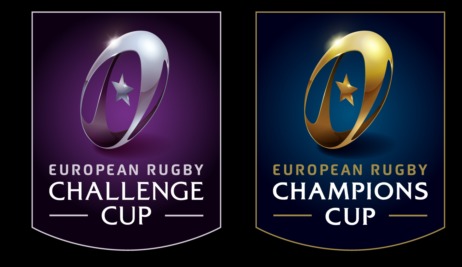 Get the news and views from the PRO12 and Premiership clubs ahead of the opening weekend of the inaugural European Rugby Champions Cup and Challenge Cup. - 17/10/2014 17:53

The French club lifted the silver trophy with beaming smiles as their first season in Europe ended with stunning success.

But they had to work hard to stave off the ever-eager Italians, who pushed them all the way and came ever-so-close to winning.

Viadana fullback Casper Steyn – the competition’s top scorer – grabbed his all his team’s points including a late try.

But it was not enough to earn a first European trophy for Italy following Montpellier?s three tries.

With the majority of the 2,553 crowd roaring them on, Viadana began brightly and moved swiftly into a six-point lead with Steyn kicking two penalty goals.

But against a powerful French pack the advantage only lasted until the 18th minute when lively Montpellier scrum half Sebastien Buada scored the game’s first try. Good work by the forwards saw Montepellier move within striking range, and the determined number nine did what was needed to score.

Under the pressure of a first appearance in a European final for both teams, the remainder of the first half was deadlocked with neither side willing to give an inch to their opponents.

But three minutes before the break Montpellier finally found a way to the try line – wing Laurent Arbo profiting from a bursting break by Jharay Russell.

David Bortolussi was in close support to draw in the Viadana defenders and open space for Arbo in the corner. He accepted the invitation and powerfully crossed the line to give the French side a crucial psychological boost at a key time in the game.

But Viadana fought back, and when the referee spotted an infringement there was still time for Steyn to close the gap to just three points.

His first-half injury time effort was his third penalty goal of the evening and a timely lift for the Italians and the crowd. The carnival atmosphere continued through half-time, and a lovely clear Italian night was punctuated by the lively rhythms of the travelling fans.

The second-half scoring resumed as further penalties for Steyn, and Montepellier replacement Sylvain Jouve kept the scores close -15-12 to the French side at that stage.

But when Montpellier lock John Daniell pounced on a dreadful mix-up between Kaine Robertson and Matteo Mazzantini in defence, there was a visible surge of confidence from the Montpellier collective. Jouve converted and added a penalty to extend the advantage to two scores.

There was further disappointment for Viadana as they saw a try disallowed for a forward pass. But Viadana never gave up and a try from the elusive Steyn, which he converted himself to set up the thrilling climax.

The Italians – now just a converted try away from glory – threw everything at Montpellier but could not find a way through for the crucial score.

In the end it was Montpellier victory that will be recorded. The 25-19 scoreline reflecting a tight tussle between two tremendous teams.