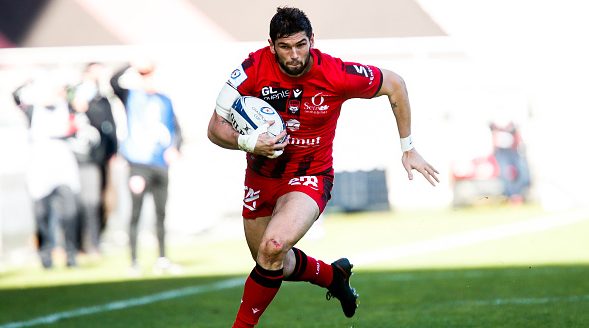 Lyon laid down a Heineken Champions Cup marker on Sunday as they ran in eight tries in a 55-10 win over Gloucester Rugby.

A hat-trick from Xavier Mignot was the highlight for the hosts, who were just too strong for a youthful Gloucester side.

Lyon never looked in any trouble and took an early lead, making quick ground before Mignot collected close to the line and powered his way over.

It’s another big break through the middle that brought the second score, this time from Xavier Chiocci and two plays later, ball reached Noa Nakaitaci who dotted down in the corner.

Izack Rodda was the next man to go in under the posts for the hosts before Gloucester responded with a nice set-piece and offload that found Seb Nagle-Taylor who split the Lyon line and scored at the sticks.

Turning on the style! ✨

The chip and collection, the running, the offloading.

Lyon brought up the bonus point before the break as Mathieu Bastareaud started and finished the move, with the makeshift No.8 bulldozing his way over at the sticks after collecting at the scrum.

George Barton stepped up and slotted over a three-pointer to trim the Lyon lead before half-time, but it would again be one-way traffic in the second half.

A Charlie Ngatai try was the first, before Mignot collected his second and third tries of the match.

Some superb work out wide and a terrific offload from Toby Arnold to the grateful Mignot gave him his second, before a kick heading out of play was kept in by the in-form wing and dotted down.

Dylan Cretin then added further gloss to the score, with the pass inside freeing up a pocket of space, with a lovely step past the final Gloucester man helping the back-row to cross the whitewash.

Lyon will now travel to Glasgow Warriors in Round 2, with Gloucester Rugby hosting Ulster Rugby.