Montpellier aim to upset the odds at La Rochelle 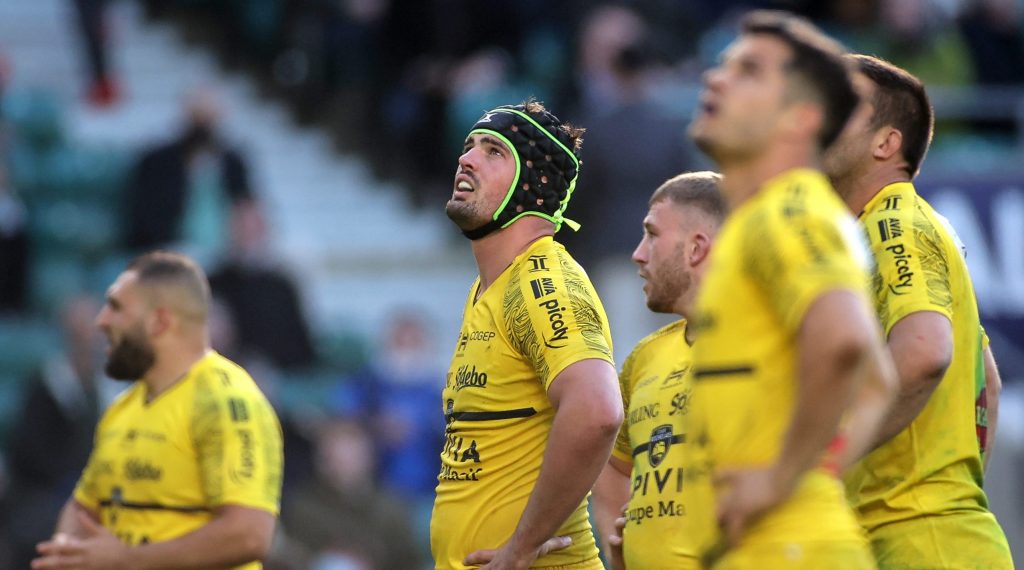 Stade Rochelais No.8 Grégory Alldritt (pictured second left), who has completed the most offloads and carries in this season's Heineken Champions Cup

Montpellier Hérault Rugby will be looking to overturn the formbook when they travel to La Rochelle on Saturday for their first Heineken Champions Cup meeting with Stade Rochelais.

Stade Rochelais have won their last three home games against TOP 14 opposition in European competition, while Montpellier have lost each of their six away matches against French clubs in the Heineken Champions Cup, conceding an average of 32 points per game in the process.

The quarter-final at Stade Marcel Deflandre starts at 17:30 UK and Irish time, and will be broadcast live on BT Sport and beIN SPORTS. 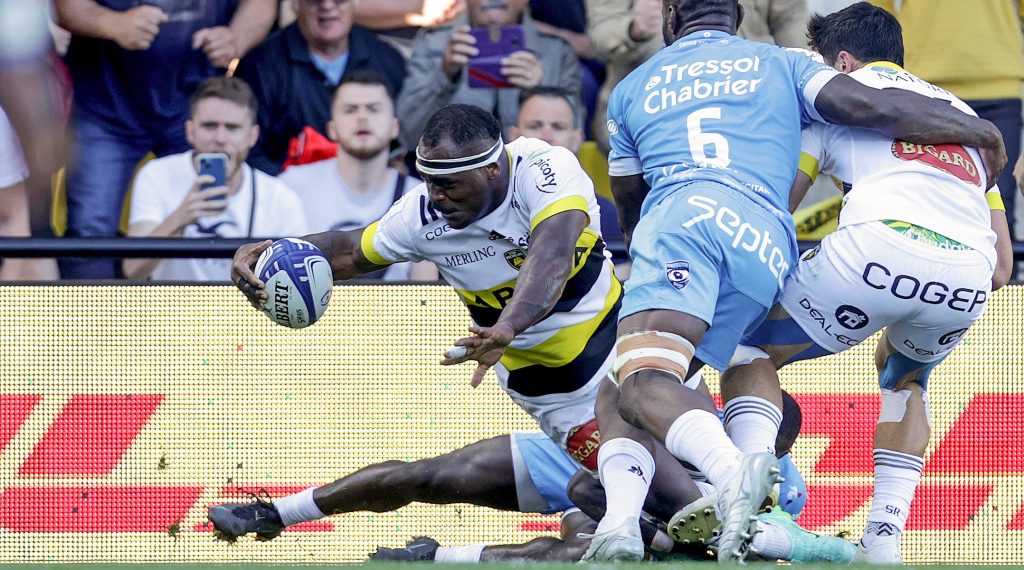 Stade Rochelais centre Levani Botia powers over for a try

Stade Rochelais went through to the Heineken Champions Cup semi-finals after prevailing 31-19 winners over fellow TOP 14 side Montpellier Hérault Rugby in the quarter-finals on Saturday.

Dany Priso, Victor Vito and Levani Botia all crossed the whitewash at the Stade Marcel Deflandre, with Ihaia West kicking a further 16 points for the hosts.

La Rochelle took the lead in the 13th minute when Priso, playing in his final season for the club, was released by Vito to go over under the posts, with West converting the prop’s try.

After assisting Priso, Vito then dived over for a try of his own when a smart offload from Botia found Jules Favre who sent the 35-year-old over for his first Heineken Champions Cup points of the season, with West converting again.

Montpellier, however, managed to cut the deficit to 10 points going into half-time as prop Thomas powered over, before Forsans added on the extras.

The visitors then further reduced La Rochelle’s advantage straight after the break as Reilhac benefitted from a mix up between Pierre Bourgarit and Tawera Kerr Barlow to pick up the loose ball and dive over as Forsans kicked another conversion.

La Rochelle quickly responded minutes later through Botia, with the centre showing his strength to hold off a challenge from Montpellier’s Gabriel N’gandebe to power over in the corner, but West failed to improve the try with his conversion attempt.

It would not be too long until Montpellier scored again, as Yacouba Camara and Benoit Paillaugue combined to release Mercer on the left flank for his third Heineken Champions Cup try of the season, with Forsans unable to reduce the deficit further.

The hosts thought they had added breathing space between them and Montpellier when replacement Reda Wardi crossed the whitewash, only for his try to be chalked off by the TMO for an offside in the build-up.

However, the hosts would go on to open up a nine-point advantage when West kicked his second and third penalties of the game, with 10 minutes left to play.

The 30-year-old then kicked another three-pointer in the final stages of the game to cement La Rochelle’s semi-final status where they will now face the winner of Racing 92 and Sale Sharks.