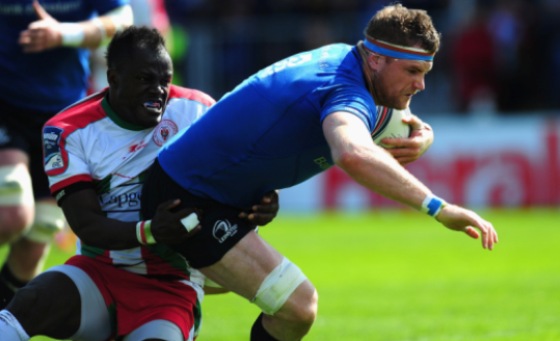 The number four looms large in the countdown to the high profile Amlin Challenge Cup final at the RDS on Friday night.

Leinster Rugby are bidding to win a fourth European title while Stade Francais Paris hope it is fourth time lucky in their pursuit of a first European crown.

Joe Schmidt’s Leinster – the 2009, 2011 and 2012 Heineken Cup champions – are targeting a fourth European title in five seasons and are contesting a third ERC final in successive seasons.

By contrast, Sergio Parisse and his team-mates suffered heartbreak in the 2011 tournament final in Cardiff when Harlequins edged them out 19-18. That followed the agony of two Heineken Cup final defeats, 34-30 to Leicester Tigers in 2001 and 18-12 after extra time to Toulouse in 2005.

Schmidt will take over the reins of the Irish national squad after the end of Leinster’s season, which includes European and domestic finals on successive weekends, and would love to leave after guiding Leo Cullen’s squad to a rare European double.

So far three clubs – all English – have done the Euro double, Northampton Saints joining Bath Rugby and London Wasps in winning both the Heineken Cup and the Amlin Challenge Cup.

Leinster are the sole survivors from the three Heineken Cup Pool runners-up who qualified for the knock-out stages of the Amlin Challenge Cup and have beaten two former tournament champions on their way to this Dublin showpiece contest.

London Wasps were beaten 48-28 at Adams Park with outside half Ian Madigan contributing 28 points, including one of their five tries, before 2012 champions Biarritz Olympique saw their hopes of defending the title and going a step closer to 2013 Heineken Cup qualification blown away.

Leinster turned on the style in a 44-16 RDS win that booked them a quick-fire return to their Dublin headquarters this Friday. There were five more tries – Amlin Man of the Match Jamie Heaslip – crossing twice to give them this shot at a fourth European title.

Standing in their way is a Stade Francais Paris squad desperate to make that European breakthrough.

They did Pool 5 doubles over London Welsh and I Cavalieri Prato, losing their away tie at Grenoble, to reach the knock-out stages as group winners.

They showed their intent with a commanding 36-20 win at Bath Rugby, Waisea Vuidarvuwalu and Hugo Bonneval each crossing twice, to earn a semi-final showdown at Perpignan.

They won that all-French tie 25-22, the boot of full back Jerome Porical contributing 20 of their points, and will be banking on him packing his kicking boots for the big one on Friday. 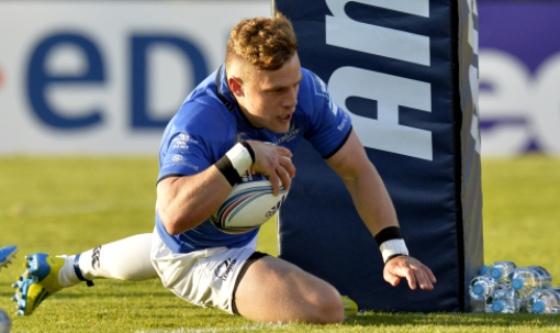 Leinster lifted a third European trophy in as many years – and a fourth in five seasons – as they turned on the style to blitz Stade Francais Paris with four tries in a 34-13 triumph at a vibrant RDS and get the Dublin finals weekend off to a flier.

The triple Heineken Cup winners are now only the fourth club to win both European crowns and they did that with their first Amlin crown.

They did all the hard work in the first half and then came strong again at the end while for Stade Francais Paris it was more Euro misery – going down to defeat in a fourth final and still searching for that elusive first title.

It was another night for the Leinster faithful to savour and ensure that coach Joe Schmidt will leave to take over the national coaching job with silverware in the trophy cabinet.

And it took Leinster less than four minutes to open their account from a cleanly won line-out by skipper Jamie Heaslip.

Wing Isa Nacewa was the main provider, coming inside on a short pass and tearing the Stade defence to shreds, and two crisp passes later and centre Ian Madigan was over under the posts for Jonny Sexton – later named the Amlin Man of the Match – to add the simplest of conversions and have the sell-out crowd of 20,396 on their feet.

Nacewa then turned try saver, forcing Jules Plisson into touch by the corner flag as the Stade outside half hurtled towards the try line in a bright and entertaining opening by both teams relishing the sunny and calm conditions.

Prop Mike Ros required lengthy on-field treatment before rejoining the battle and a powerful drive by Stade at the next scrum had Leinster retreating and penalised for the French club to go on the attack from a line-out deep in Leinster territory.

The Irish defence held firm as Stade hammered away from close range and with both sides showing huge attacking intent it was breathless stuff.

Wing Andrew Conway did superbly to collect a testing kick – and then get his pass away under pressure for hooker Sean Cronin to rumble over and Sexton convert for a 14-point lead with barely a quarter gone.

Stade finally opened their account with a Jerome Porical penalty goal – but any relief was strictly shortlived.

Sexton put in an inch perfect cross kick that Nacewa took cleanly and when challenged he popped the ball up for full back Rob Kearney to dive over in spectacular fashion and Sexton to compliment that with a touchline conversion.

Porical was on target with a second penalty but a 15-point deficit at the break left Stade with simply to high a mountain to climb.

The flood of points initially dried up after the break before Sexton coolly slotted a penalty as Leinster took the opportunity to introduce fresh legs in the front row in particular.

And a particular cheer greeted the arrival of club captain Leo Cullen on the hour for him to have an active interest in Leinster’s charge to glory.

On of the first things Cullen did was stand and admire another Sexton penalty saile between the uprights before Stade’s enterprise was rewarded with wing Jeremy Sinzelle finall finding a way through the Leinster defence, Plisson converting.

Kearney thought he had gone over for his second and Leinster’s fourth only for a stray boot brushing the touchline denying him.

The brought a chorus of disapproving jeers from the crowd – which turned to cheers when replacement prop Cian Healey did get their fourth, Sexton adding the conversion to really put the icing on the Leinster cake.