Munster hoping to take next step 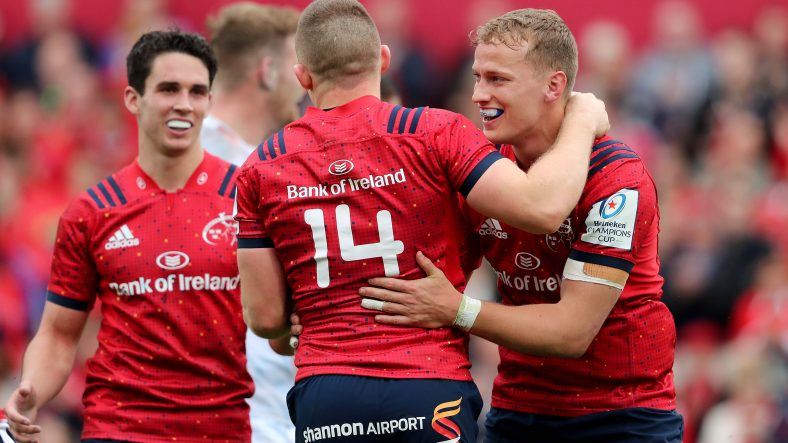 Munster Rugby start their quest to end their Heineken Champions Cup semi-final hoodoo on Saturday night when they face Ospreys at the Liberty Stadium, live on BT Sport and beIN SPORTS.

Allen Clarke (Ospreys): “It’s going to be tough against Munster. Munster have a tremendous history in Europe and [a history of] success – winning trophies and always getting to the knockout stages – and they always bring a plethora of support with them. You know, hopefully it’ll be a good night for us. They’re going to be strong, we already know that. That in itself will be a huge challenge, but it’s one we are looking forward to.”

Johann van Graan (Munster): “We’re two totally different teams. I think pretty much the only thing that will stay the same is the coaching staff. Different venue, different referee, different competition. Obviously, they’ll have a few of their Welsh players back, and all of our Irish boys were back on Monday, so that won’t have any bearing in my view.”

As the battle for the coveted #HeinekenChampionsCup begins, what are your early predictions for the Final? 🏆

Back your rugby brain with the @Superbru predictor game, where you can test your predictions for every game 🧠

Five points for Munster in win over Ospreys 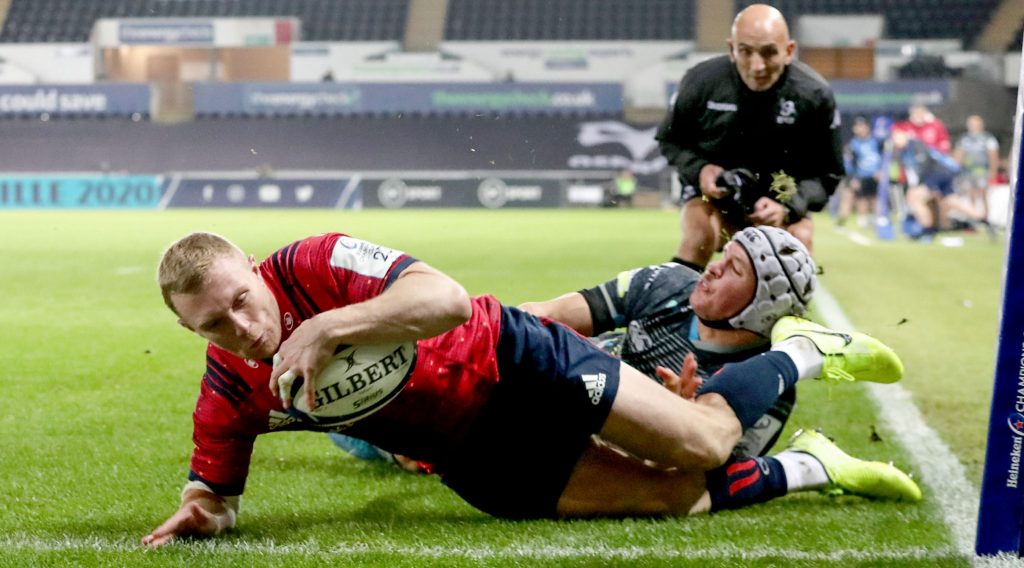 Munster Rugby were made to battle until the 85th minute before eventually securing all five points against a dogged Ospreys side in a 32-13 Heineken Champions Cup Pool 4 victory in Swansea.

Ospreys made a bright start as Munster strayed offside, with Luke Price opening the scoring with a simple penalty inside kicking range.

Munster fly-half Tyler Bleyendaal hit back twice with successful penalty kicks of his own on 15 and 19 minutes before Price responded minutes later, making it 6-6 with a penalty from in front of the posts.

A huge try with the clock in the red to secure a bonus-point win on the road in the Champions Cup!

Man of the Match Jeremy Loughman, Keith Earls and Andrew Conway touched down and the last one was a 12-man effort!#OSPvMUN pic.twitter.com/UOtPiOwhkX

The Irish province continued to dominate and work the phases well, eventually finding Heineken Man of the Match Loughman who somehow found a way over the line at the foot of the posts for the first try.

It took Munster ten minutes at the start of the second half to get on the scoresheet again as Mike Haley worked the overlap, dragging the final man across before handing to Earls who did really well to stay in play and score Munster’s second try.

Confidence was clearly building in the Munster ranks and they moved further clear after some stunning hands from Loughman, this time playing the ball to the right side for Conway who showed his trademark blistering pace to get away from the chasing Ospreys men and score with ease.

Find you a prop that thinks he's a fly-half 🙌@Munsterrugby's Jeremy Loughman with a magical left-handed pass as Andrew Conway is unleashed down the wing!

Ospreys would not lie down though and after the Welsh region won a scrum penalty, Aled Davies cleverly darted his way through the Munster line and over for a score at the posts.

However, Munster were desperate for that try bonus point and it came in the 85th minute. They launched the attacking maul from a line-out five metres out and managed to power over the line with Cronin under a sea of red players over the ball.

Munster will now host Racing 92 next Saturday in Round 2 while Ospreys travel to face defending champions Saracens.