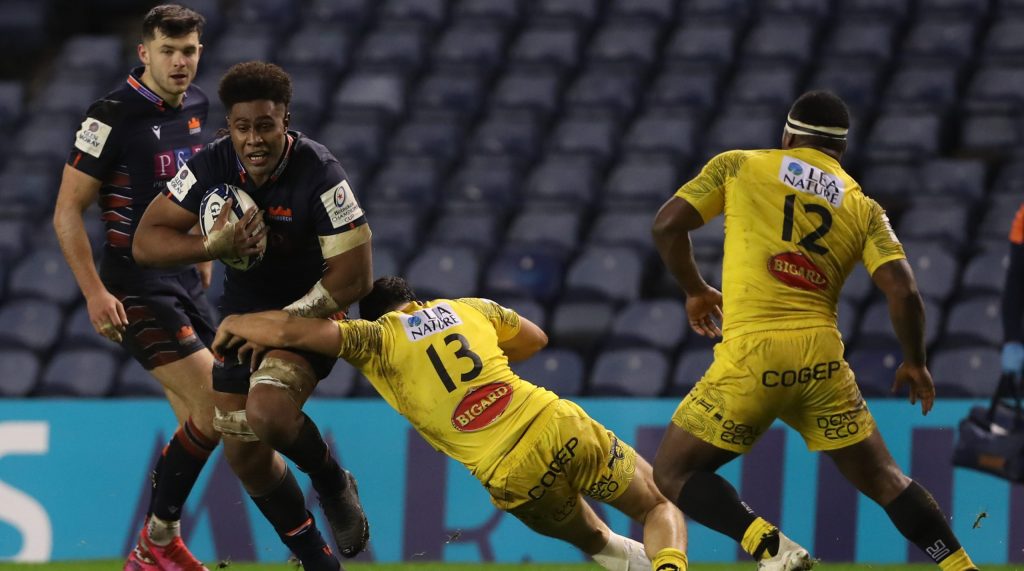 Sale Sharks and Edinburgh Rugby will meet in European competition for the first time as they go head-to-head in Round 2 of the Heineken Champions Cup.

Edinburgh have a strong record against Premiership sides in recent years, winning their last three games against teams from England’s top flight. The game gets underway at 20:00 (UK and Irish time) at Sale’s AJ Bell Stadium, and will be shown live on BT Sport and beIN SPORTS.

Edinburgh edge out Sale for crucial away win 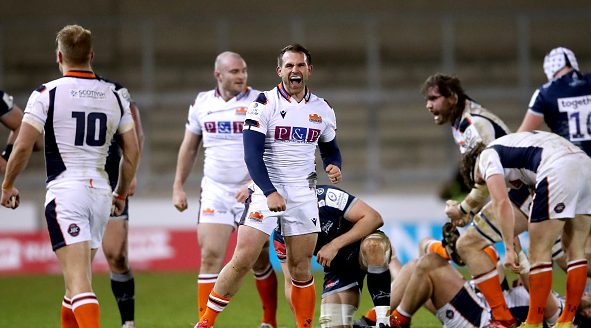 Edinburgh Rugby came from 12-0 down to record a 16-15 away win over Sale Sharks in the Heineken Champions Cup on Saturday evening.

A converted try from Matt Bennett alongside a trio of successful penalty kicks from Jaco van der Walt proved enough to edge out Sale Sharks, who played the crucial final 10 minutes with 14 men.

The English side made a fast start, scoring the opening try as they reacted fastest to a penalty and as play worked wide to Denny Solomona, he sprinted clear and evaded the chasing Blair Kinghorn.

Sale soon ran in a second for the evening as Sam Hill found Rohan Janse Van Rensburg who was too fast for the trailing Edinburgh defenders.

The English side went in 12-0 ahead at the break, but a more creative and determined Edinburgh side would come out for the second half.

After some patient build-up, they worked it out wide to find Matt Bennett who crashed past two Sale tacklers and crossed the whitewash, nipping inside to make the successful conversion easier for Van der Walt.

Oh my! @EdinburghRugby win it by just one point 😳

Sale’s indiscipline was proving costly, and as they took their penalties conceded tally up to 10 for the evening, with two of them being in kicking range, Van der Walt landed both and put the Scottish region a point ahead.

The English side would hit the front again with 10 to play as Rob Du Preez landed a long-range penalty kick, but the crucial penalty would be given shortly after.

Jean-Luc du Preez was sent to the sin bin, meaning Edinburgh would end the match with an extra man and Van der Walt kicked the match-winning three-pointer with seven minutes left to play.

Despite some pressure from the hosts, Edinburgh were able to seal a narrow success and put themselves right back into contention for Heineken Champions Cup knockout stage qualification.