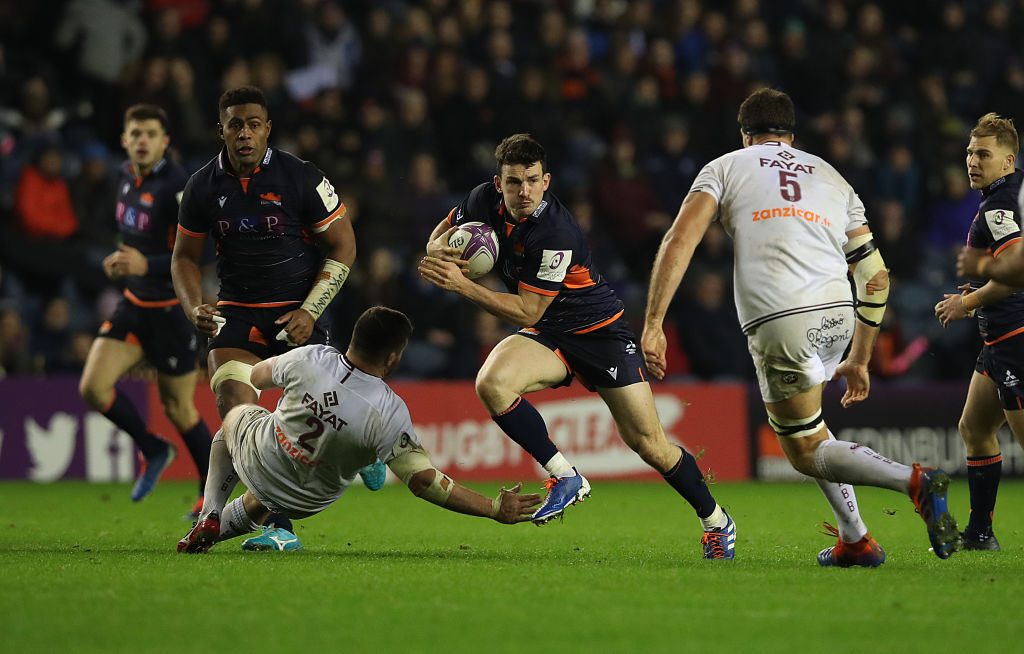 Edinburgh Rugby, eliminated from Europe at the last-eight stage in each of the last three seasons at BT Murrayfield (twice in the Challenge Cup and once in the Heineken Champions Cup), will be hoping that a change of scenery does them good in Saturday’s Challenge Cup quarter-final at Stade Chaban-Delmas (12:30 UK and Irish time).

However, Bordeaux-Bègles edged out the Scottish side at the top of Pool 3 to set up a repeat meeting in front of the BT Sport and beIN SPORT cameras, and were the leading scorers of both tries (28) and points (221) in the pool stage.

• Bordeaux-Bègles have faced Saturday’s opponents four times previously in the Challenge Cup, losing their first two matches in 2014/15 when Edinburgh reached the final, before going unbeaten against the Scottish club in the pool stage this season (W1, D1).

• Bordeaux have qualified for a Challenge Cup quarter-final just once previously, losing 15-20 to Agen in 1997.

• Edinburgh’s last four European quarter-finals (including Heineken Champions Cup) have been won by the away side on the day, with the Scottish club winning the first game in that run but losing the last three.

• Bordeaux were one of just clubs to remain unbeaten in the pool stage this season (W5, D1), along with RC Toulon (W6) and Bristol Bears (W5, D1). Their six-game unbeaten spell is their best run in European competition.

• Bordeaux and Edinburgh were the only clubs in the pool stage not to concede a try in the opening quarter of a game.

• Bordeaux-Bègles conceded just 45 penalties in the pool stage, fewer than any other side, while Edinburgh have conceded the second fewest (47).

• Edinburgh and Bordeaux both lost just one scrum on their own put-in, fewer than any other side, and as a result boast the best scrum success rates in the competition (Edinburgh 98%, Bordeaux 97%).

• Edinburgh’s Duhan van der Merwe has beaten the most defenders (28) and made the most metres (469) in the Challenge Cup this season, while only Worcester’s Jamie Shillcock (5) has scored more tries than the Edinburgh wing (4, level with nine other players). 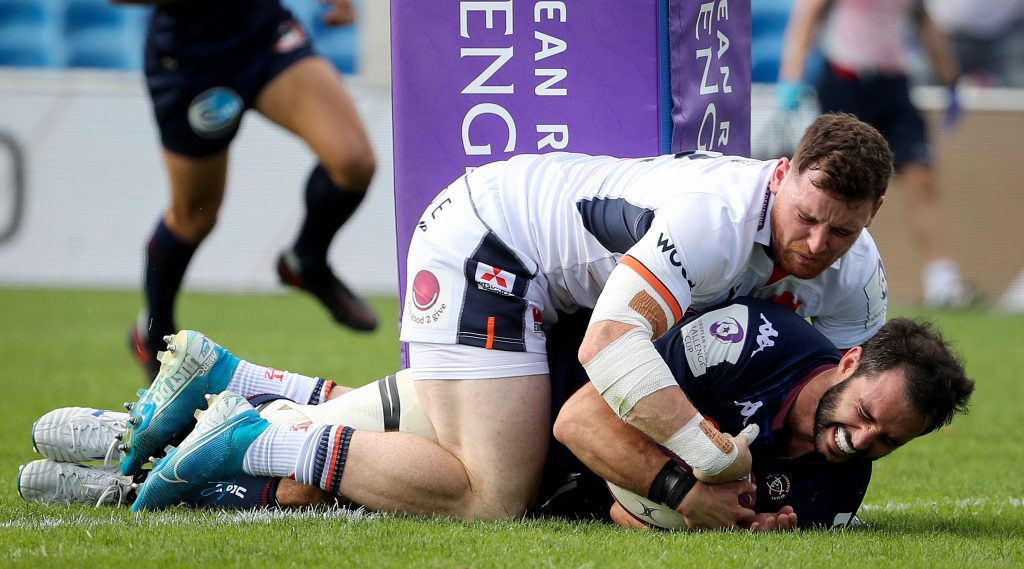 Bordeaux-Begles’ blistering start to the first half was enough to get them past Edinburgh Rugby with a 23-14 win and clinch a spot in the semi-finals of the European Rugby Challenge Cup.

The hosts started briskly and capitalised on their first-half advantage – meaning Edinburgh were once again eliminated from Europe at the last-eight stage, making this the fourth season running in which they have been knocked out at this point of continental competition.

Santiago Cordero and Jean-Baptiste Dubie put Bordeaux-Begles ahead with two tries in the first ten minutes, with Mathieu Jalibert converting both.

The visitors were caught completely unawares and struggled to regroup, with their only first-half response coming from the boot of Jaco van der Walt just after the half hour.

Bristol Bears await next Friday, what a game that's going to be! pic.twitter.com/VVRjtb6SZK

They used half-time wisely, with another van der Walt penalty and a smart piece of skill from Darcy Graham freeing Damien Hoyland to cross the line.

But the boot of Jalibert kept the home side in front.

Edinburgh had another glimmer of opportunity when Ben Tameifuna was sent to the sin-bin with ten minutes to go and Blair Kinghorn kicked the subsequent penalty from close range.

Then Bordeaux-Begles ended any late hopes when Edinburgh were penalised for offside in the last move of the match as Ben Botica kicked the three points to underline their place in the semi-finals, where they will face Bristol Bears on Friday night.