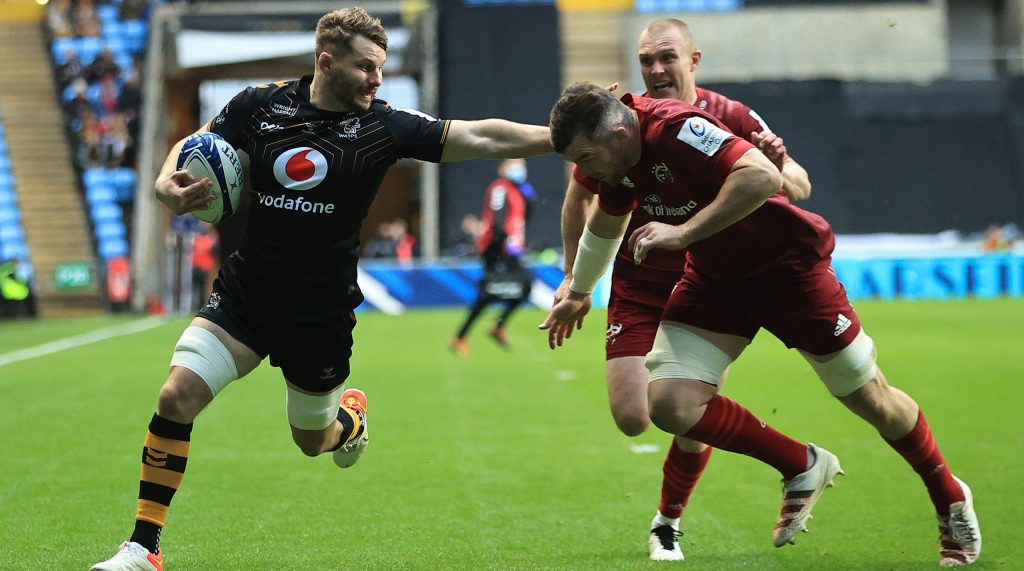 Wasps need to beat Munster Rugby at Thomond Park on Sunday to ensure they join the Irish province in the knockout stages of the Heineken Champions Cup – but they will have to overturn the record books to do so.

Munster have lost only two of their 26 home games against Gallagher Premiership clubs in the pool stage of the Heineken Champions Cup, with their last such defeat coming against Leicester Tigers in 2015/16 (19-31).

Wasps, who could still qualify if they lose as they occupy the final qualifying place from Pool B by three points, get their bid underway at 3.15pm in front of the BT Sport and beIN SPORTS cameras.

If selected, 45-cap @IrishRugby international @DavidKilcoyne1 will become just the 12th player to reach the 200-appearance landmark for Munster against Wasps on Sunday at @ThomondStadium 👏👏👏

Munster Rugby head coach Johann van Graan: “We’ve put ourselves in a really good space, so it’s a massive game for us against Wasps next Sunday.” 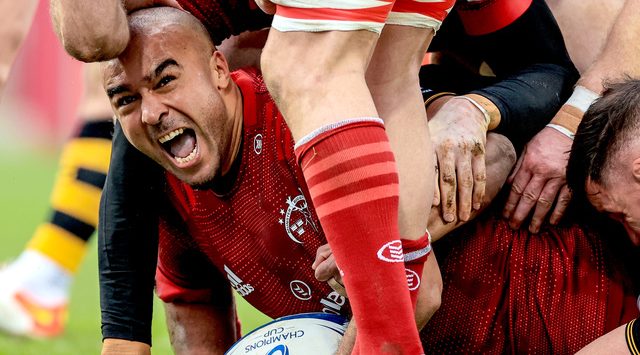 Munster Rugby beat Wasps 45-7 at Thomond Park on Saturday, ending their opponents’ hopes of reaching the Heineken Champions Cup Round of 16.

Wasps came into the Pool B finale knowing a point would see them reach the knockout stage, but Munster controlled the vast majority of the contest as they wrapped up a third-place finish.

Munster crossed for the game’s first try within 10 minutes, scrum-half Conor Murray dotting after a staggering 21 phases of possession for the hosts.

The Irish province were outstanding with ball in hand and after Ben Healy nudged a penalty with just over a quarter of an hour gone, the fly-half set up a try for Simon Zebo as he hung up a kick for his winger in a well-worked set-piece move.

Wasps got on the board on 26 minutes when scrum-half Dan Robson dummied and squirmed over from close range following an extended period of pressure on the Munster line.

But Munster responded with a third score moments later, No.8 Gavin Coombes making a huge carry off a scrum before flanker Jack O’Donoghue crashed over.

"To even get one cap for my home province, but to get 150 is incredible! I'll cherish this one certainly for time to come." 😊

Wasps pushed for a second try at the end of the first half, and another string of phases on the Munster line saw the hosts concede a number of penalties before Coombes was shown a yellow card.

Munster held out until the break, however, and started the second half in the ascendancy despite their numerical disadvantage, powering over for a fourth try through prop Jeremy Loughman on 43 minutes.

And shortly after Munster were back up to 15, Wasps lost a man as Robson was sin binned for coming in at the side, although the visitors commendably survived the 10-minute period without conceding.

But Wasps struggled to put Munster under any real pressure, even when back to their full complement, and their qualification hopes slipped away as a scrappy second half wore on.

The Gallagher Premiership side’s misery was compounded in the final moments of the game, with fly-half Charlie Atkinson yellow carded before Zebo crossed in the corner for his second try and Rory Scannell dotted down for Munster’s sixth with the clock in the red.