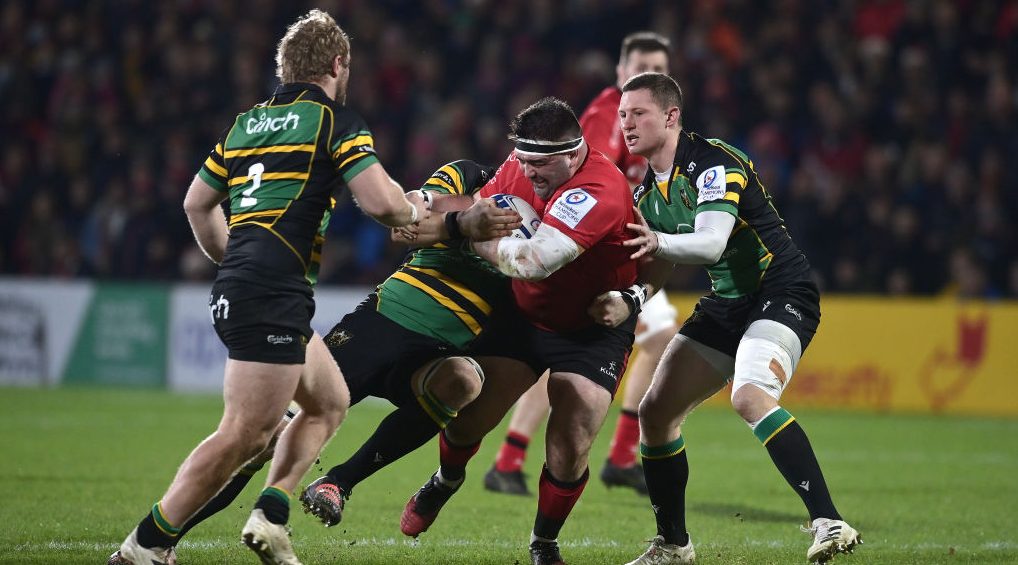 Ulster Rugby will be hoping to add to their impressive record against English opponents as they travel to Northampton Saints in the Heineken Champions Cup on Sunday.

The Irish province, who triumphed 27-22 against Northampton at Kingspan Stadium in Round 2, have won 10 of their last 12 games against Premiership opposition in the Heineken Champions Cup, losing the other two.

It is set to be a close encounter, though, with six of their last seven such games ending with seven points or fewer separating the sides.

The Pool A match kicks off at 3.15pm (UK & Irish time) at cinch Stadium at Franklin’s Gardens and is available to watch on BT Sport and beIN Sports.

Ulster attack coach Dan Soper: “The game here a few weeks ago was a good game, with both teams having a crack at each other. I’d expect to see something similar. Certainly, we have the intent to go out there and be positive. I know that’s very much part of their philosophy, so I’m expecting a good game of rugby.” 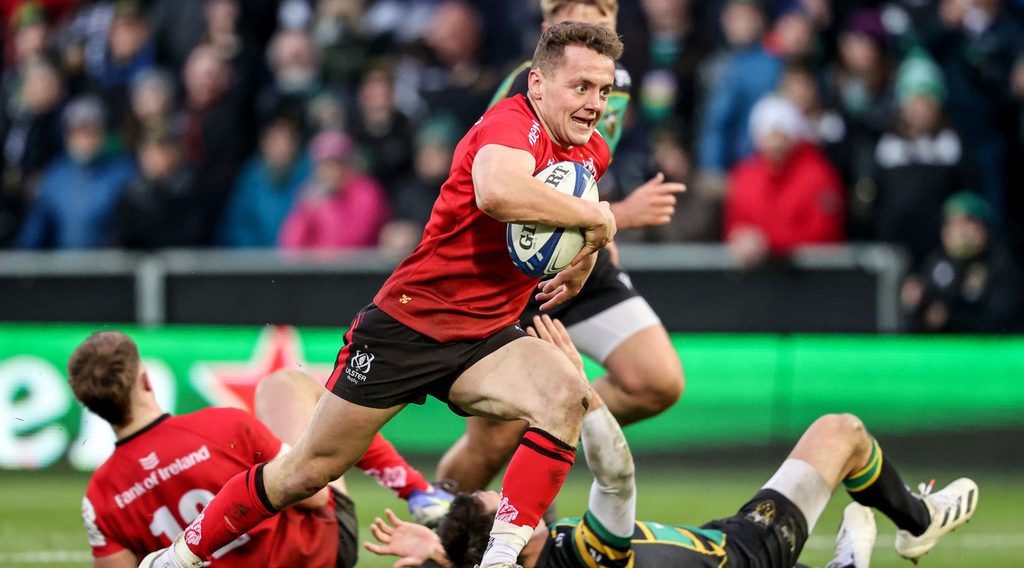 Full-back Michael Lowry scored a try brace as Ulster Rugby won 24-20 at Northampton Saints on Sunday to confirm their qualification for the Heineken Champions Cup Round of 16.

Lowry crossed in either half as Ulster outclassed Northampton in the Pool A contest at cinch Stadium at Franklin’s Gardens.

The Irish province drew first blood on six minutes as their first meaningful attack saw them advance into the Saints 22m, with winger Rob Baloucoune scooping up a loose offload and finishing excellently in the corner.

Baloucoune then turned provider on 13 minutes as he spearheaded a rapid Ulster counter-attack and fed scrum-half Nathan Doak who dotted down with ease.

Northampton threatened in spells but suffered from a lack of accuracy as a number of balls went to ground, though they got themselves on the score board as Dan Biggar slotted a penalty in front of the posts on 19 minutes.

And the fly-half would grab Saints’ first try of the game as he finished off a brilliant move following a turnover from flanker Courtney Lawes – playing his 250th game for the club – on halfway.

But Ulster would have the final say of the half as a chip over of the top of the Northampton defence caused chaos and Lowry sneaked in under the posts.

A second Biggar penalty would reduce the deficit for Northampton shortly after the break, but their hopes of mounting a recovery took a setback on 55 minutes as scrum-half Alex Mitchell was sent to the sin bin for an infringement close to his own line.

Ulster would make the man advantage count – more good work Baloucoune helped send the ball wide to Lowry, who darted over for his second try of the game on the hour mark.

The visitors closed out the remainder of the game, and although there was a brief moment of hope for Northampton when centre Rory Hutchinson went over in the final minute, Ulster held on for a third win from three games in Pool A.

Northampton are away at Racing 92 in Round 4 next weekend while Ulster entertain ASM Clermont Auvergne.