Saracens aiming to secure No.1 spot with Glasgow success 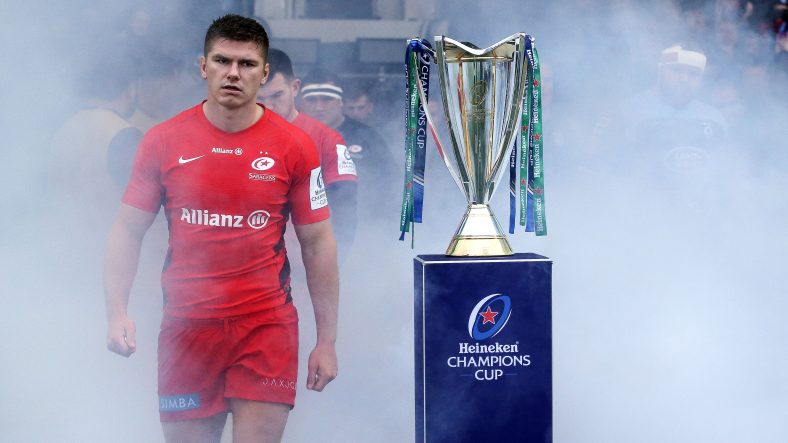 Two-time Champions Cup winners Saracens can book themselves a home quarter-final on Saturday with a victory over Glasgow Warriors at Allianz Park. The crucial Pool 3 clash gets under way at 13:00 GMT. 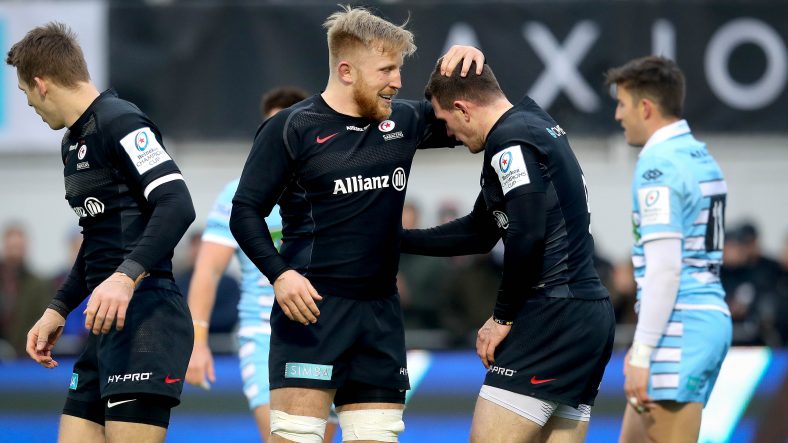 Saracens will have a Heineken Champions Cup home quarter-final after a 38-19 win over Glasgow Warriors at Allianz Park on Saturday.

The visitors had already secured a spot in the quarter-finals but will be on the road in the last eight.

Glasgow strayed offside early on as they attempted to defend their try line and as a result, Saracens had a penalty in front of the posts and scrum-half Ben Spencer made no mistake.

Spencer kicked the first three points and then grabbed the first try of the game minutes later. David Strettle broke through the Glasgow line with ease and Spencer was waiting for the simple offload and strolled over the try line.

Glasgow hit back though in a thrilling first half as Sam Johnson played a great ball wide, cutting out several Saracens defenders, finding Stuart Hogg who had the overlap, who hit Seymour for the walk-in try.

Just look at that pass 😍

Glasgow then hit the front for the first time thanks to a superb Ali Price try. He collected the high ball that was charged down by Rob Harley before darting past three bewildered Saracens defenders with blistering pace and diving over the try line at the posts.

Glasgow then wrestled back the lead for the second time when captain Ryan Wilson powered his way over the try line after penalty advantage was being played by referee Pascal Gauzere.

"The final word is a London word!"@Saracens remain undefeated in the Champions Cup pool stages and will get to host in the quarter-finals 👏 pic.twitter.com/YjwKyIqAzY

It was vintage Billy Vunipola before the interval as from a Saracens scrum he picked up early and steamed past a couple of Glasgow defenders to grab a third Saracens try of the afternoon.

We had to wait until deep into the second half for the seventh try after a first half flurry and it was Heineken Man of the Match Maro Itoje who got it. A pair of nice offloads earlier in the move meant the lock make no mistake, powering his way over the try line.

Will Skelton then rounded off a clinical performance with a final score as Saracens won their sixth straight Heineken Champions Cup match and secured the No.1 spot.