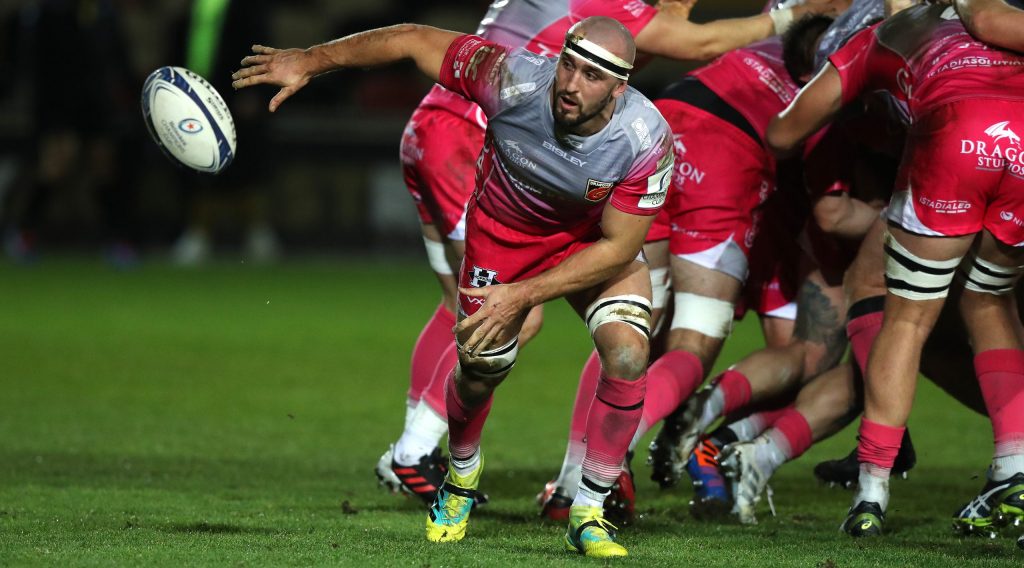 Dragons host Northampton in the Challenge Cup Round of 16

Northampton Saints will be hoping to add another win to a string of impressive results in Wales when they travel to Dragons in the European Rugby Challenge Cup Round of 16.

The Saints have won nine of their 12 away games in Wales in European competition, including a 35-21 victory over Dragons in 2018.

Both sides dropped out this season’s Heineken Champions Cup competition after finishing in the bottom third of Pool A.

The action at Rodney Parade gets underway at 17:30 (UK and Irish time) on April 3, and is available to watch on BT Sport and S4C.

Dean Ryan (Dragons): “Northampton are having a strong season in the Gallagher Premiership and it will be an exciting tie against a side who Dragons have recent history within this tournament. We look forward to the European challenge ahead.” 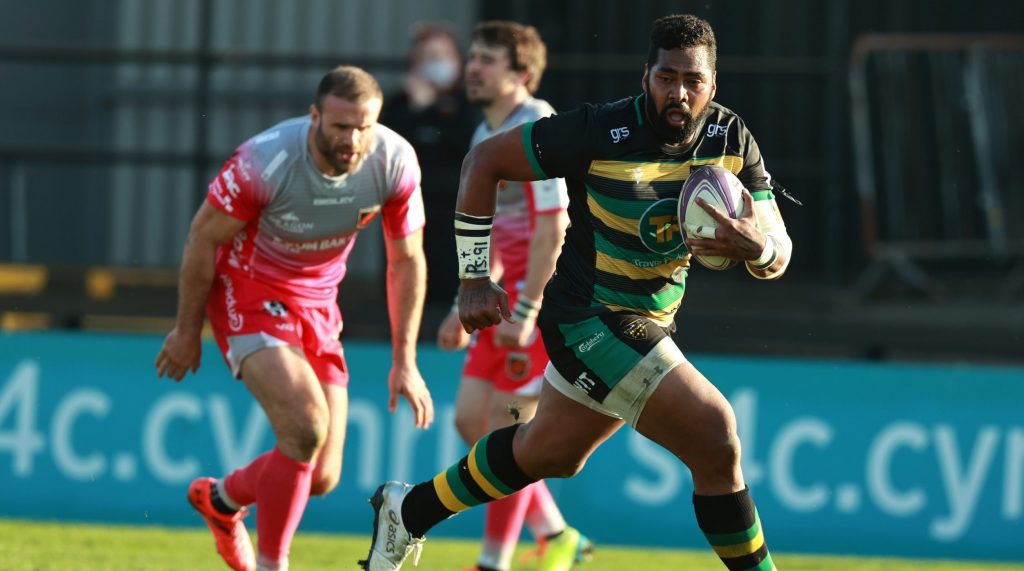 Northampton Saints came back from 19 points down to earn a late 43-39 victory against Dragons in the European Rugby Challenge Cup at Rodney Parade.

Wing Taqele Naiyaravoro was the hero of the piece. He touched down twice – including one in the final ten minutes – to secure the unlikeliest of comebacks for the visiting Gallagher Premiership side.

Ollie Sleightholme, Alex Mitchell, Teimana Harrison all touched down in the second half before Naiyaravoro and Tom Collins completed the turnaround with two tries in two minutes as the clock ticked down.

A brace from Ashton Hewitt and tries from Sam Davies, Matthew Screech and Leon Brown seemed to have kept the visitors at arms-length throughout the second half – but a 70th minute sin-bin for Dragons’ Eliott Dee proved to be the catalyst for Saints’ late dramatics.

It was Dragons who took the early advantage with a penalty from the boot of Davies before Hewitt opened his account for the afternoon. Jamie Roberts kicked through a tantalising grubber which Hewitt ruefully touched down.

A scintillating counter-attack down the left flank soon followed which forced a penalty from the Northampton defence – Sleightholme given a yellow card. It mattered not, however as Dragons’ Screech powered home for the try in the same move.

Hewitt touched down for his second of the afternoon just after the half hour mark, scoring in the corner. That try came at a cost as the standout wing suffered a knee injury and was forced off the field.

Hopes of a Northampton comeback were ignited minutes before the interval. Quick-thinking from Naiyaravoro saw him glide through the Dragons’ defence untouched.

After the break it took a mere 25 seconds for Northampton to notch their second try of the afternoon. Naiyaravoro’s menacing run through the middle opened up the space, scrum-half Alex Mitchell carving open the Dragons with exquisite grubber into the path of Sleightholme to score.

This topsy-turvy contest continued to entertain as the 13-men scored a short-handed try, Mitchell’s outstanding breakway down the left paying dividends for the visitors.

Replacement Leon Brown extended the hosts lead once again with a try on 61 minutes. The basketball-like contest rumbled on as Saints responded within two minutes – No.8 Teimana Harrison scoring in the corner after some stunning passing rugby.